How Did Horse Racing Get So Popular? 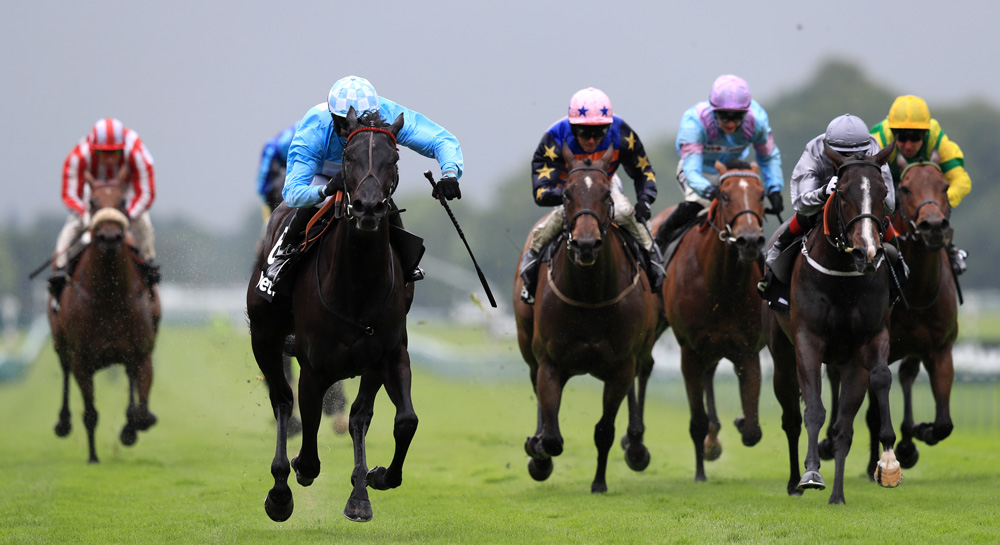 Horse racing is one of the most popular sports in the world. It’s also the sport that’s most commonly associated with sports betting. Despite this, it actually sits 5th in the rankings of the ‘most bet on sports’ worldwide, beaten by soccer (association football), cricket, basketball, and tennis.

Unlike some comparable sports, betting on horse racing is a key part of the experience when attending an event. Deemed almost as essential as the mandatory glitz and glamour of dressing up to the nines.

But how did horse racing become one of the most popular and most bet on sports in the world? Here’s a brief overview of horse racing’s remarkable journey to date:

The History of Horse Racing

Horse racing (in some rudimentary form or another) has taken place for thousands of years. One of the most famous ancient civilisations to celebrate the sport was the Romans, who had both horse racing and chariot racing ingrained into their culture. The Ancient Greeks also enjoyed both forms of horse racing, with various events playing important roles in the ancient Olympic Games.  However, evidence suggests that the history of the sport goes back even further than this. In fact, historical accounts suggest humans have raced horses since 4,500 BC, when nomadic tribespeople first domesticated the horse.

Modern horse racing dates back to around the 12th century, at which time English knights brought Arab horses into the country as they returned from the Crusades. For the next 400 years or so, the higher echelons of English society selectively bred these Arab stallions with English mares, in order to produce horses that were both powerful and able to utilise this power for sustained periods. Nobility racing their horses against each other became a common reason for organising lavish events and meetups.

The Birth of Modern Horse Racing

It was during the early 18th century – around the same time as the formation of Great Britain – that horse racing became a professional sport. The first races were typically “match races”, which saw two horses compete head to head, but this quickly evolved into multi-horse competitions. The sport grew in popularity very quickly, with new racecourses springing up all over England. As more and more venues opened, the racecourse owners needed to offer bigger prizes to attract the best horses and jockeys.

This explosive growth in the size and popularity of horse racing created the need for a governing body to set rules and create a level playing field in the sport. This saw the formation of the Jockey Club in the English town of Newmarket in 1750, which continues to set the regulations for horse racing in England to this day.

The regulations set by the Jockey Club covered every aspect of the sport, including the racing, the racecourses, how people should behave, and how horses could be bred. This latter part resulted in the creation of the “General Stud Book” – which documents every thoroughbred racehorse in history – tracing their lineage back to 1791. Only horses that can be traced back to one of the three original stallions are in this book.

Like other English sports, including cricket, rugby and association football, Britain began to export horse racing to other countries through the British Empire. The first racecourse to be built on the American continent was in 1665 on Long Island. Horse racing was popular amongst the locals, but did not spread nationally throughout the United States until after 1868. It was in this year that the American version of the Stud Book was produced. In the space of just over 20 years, 314 racecourses for horse racing opened across the United States. The American Jockey Club was formed in New York in 1894, with the intention of governing the sport across the US.

The History of Betting on Horse Racing

Although the global trend is only recently driving the legalization of sports betting across the world, horse racing is one of few sports where betting has been legal for a long time.  At least, in the vast majority of jurisdictions. Betting on horse racing has taken place since the first modern horse racing began, with English nobility breeding their own horses and wagering with each other on whose would win.

The early professional horse racing in the 18th century was the first time the sport attracted spectators that began placing wagers on the races. The increase in betting helped to fund larger prizes for race winners and drove a boom in horse breeding.

In the United States, betting on horse racing grew at the same rate as the sport itself. As antigambling law spread across the country in the early 20th century – prohibition that led to nearly every state prohibiting bookmaking – the sport began to struggle. From 314 tracks in 1900, only 25 were left open 8 years later. The country’s most famous horse race, the Kentucky Derby, changed this when the system of pari-mutual betting (still used throughout the sport today) was introduced.

It could be argued that the rise and fall of interest in horse racing is directly linked to the popularity (and legality) of betting on the outcome of races. This correlation is a lot more noticeable than in other sports, such as football, basketball or tennis. Horse races are typically much shorter than most other sporting events, meaning fans don’t have to wait as long to find out the result and see whether their bet was successful.

This can be compared to slot machines in casinos; by far the most popular game in gambling establishment, generating the largest proportion of casino revenues worldwide. Research has shown that varied risks, unpredictable outcomes and simplicity of the whole experience make slots more exciting, which is not dissimilar to horse racing. The social nature of horse racing tips is another element of its appeal.

Much of the connection between betting and the success of horse racing is linked to the size of the revenues racecourses derive from wagering. The pari-mutual system that is used throughout the US and the UK hands a percentage of the total wagered amounts to the racecourse. This is typically 14%-25% of the total amount wagered per race, with approximately $11 billion being wagered each year in the United States. This equates to around $2.75 billion in annual revenues for racecourses.

Horse racing has had mixed fortunes over its 6,000-year history, with the legal environment having impacted the sport over the last couple of centuries. But just as long as an appropriate environment exists for fans to place bets on horses, the sport of kings will continue to flourish.