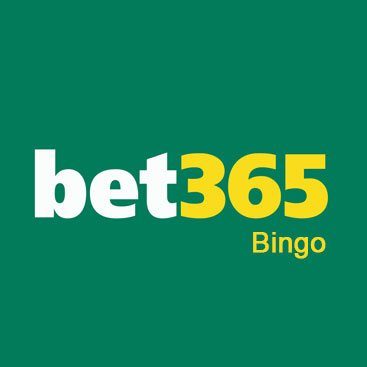 There might be an endless array of big names making their way into bingo circles right now – Bet365 is probably about as big as it gets. Bet365 Bingo has been around for quite some time now, but most recently underwent a major makeover in 2014. As part of one of the biggest and most successful gambling franchises on the face of the earth, you quite rightly expect Bet365 Bingo to tick all the right boxes and then go several steps further. Nevertheless, we all know by now that brand pedigree alone isn’t enough to guarantee an excellent site. So what’s the story with this Bet365 Bingo review? Read on for Casino Papa’s inside scoop!

Overview
Technically speaking, the formula for a quality bingo site is actually quite easy.  Decent introductory no deposit offers, a site that is as easy as possible to navigate, smooth performance, solid customer service and some quality on-going promotions and deals. Top this off with a large and dedicated user community and there’s really nothing else you could ask for. Nevertheless, there are still way too many out there who seem to get this easy recipe completely and totally wrong. How does Bet365 Bingo stack up?  In a word – fabulously!

Site Summary
Built on the same Virtue Fusion Software that powers quite a few of the very best bingo sites currently up and running, Bet365 Bingo really doesn’t disappoint from the word go. Also as is the case with so many bingo sites, they have shown particular preference to the colour purple – bright enough to bring things to life, but not to such an extent that it becomes childish and cheesy.

Visually, it certainly looks the part. In terms of navigation and performance, there’s really once again very little that can be said in a negative sense. No software downloads are required, meaning that you can jump into the action straight away. One thing that we did find rather interesting was the way in which the Bet365 Bingo homepage seems to give more prominence to online slots than to the bingo action itself. There’s a scrolling list of the most popular games of the time – all of which are slots. It’s only after moving beyond these that the upcoming bingo games and more information in general can be found, which is slightly strange.

At the time of our tests, Bet365 Bingo games and online slots was pushing no less than three generous introductory offers for new customers. The one that unsurprisingly caught our attention immediately was the promise of £1,000 in free bingo, which sounds almost too good to be true. In reality however, it’s really just a case of gaining access to the Welcome Party Room, where newcomers are invited to play free of charge with up to £1,000 in prizes to be won. Misleading? Maybe. Other than this, you’ll also be handed a £20 Slot Bonus upon spending your first £10. In this instance, you will need to wager the bonus amount 20X over before being able to make any withdrawals. Last but not least, new customers are also offered a 200% welcome bonus on their first top up, with a maximum value of £100.  This is subject to 4X wagering requirements, which is somewhat on the high side.

In terms of on-going promotions and special deals, the list is pretty enormous to say the least. From The Breakfast Club offering prizes up to £4,500 for early birds to Feel Good Friday with £50,000 on the line to 75 Ball Lunch Time Specials and the famed £30,000 Money Ladder, at the time of our tests there was somewhere in the region of 17 hugely interesting and exciting promotions to check out. Bet365 Bingo is also committed to providing access to a fair amount of free bingo and BOGOF tickets throughout the week, so there are always plenty of bargains to be found.

If mobile bingo gaming is your thing, the Bet365 Bingo mobile site is just about as good as it gets. Given the fact that Bet365 Bingo is such an incredibly popular site, it is almost impossible to head over and not find plenty of action and an outstanding community spirit. Speaking of which, they really do make extensive efforts to intensify the social side of the gaming on offer, which is nice!

Bet365 Bingo accepts an extensive range of payment methods including credit cards, debit cards, Neteller, Skrill, PayPal, online bank transfer, Click2Pay, Ukash, Paysafecard, EntroPay, bank wire, fast bank transfer or cheque. All deposits are instant and withdrawals are always processed before the end of the next working day – rather impressive on the whole. Other than this, customer service is available 24/7 and while the loyalty program is a little on the basic side, it’s still better than nothing at all!

Best Features
We really like the mechanics of the Bet365 Bingo – popup windows for all games on offer keep things incredibly simple, presentable and un-cluttered. On the whole, the site is an absolute dream to work with and the same goes for the mobile site. Last but not least, a little money goes a very long way when it comes to Bet365 Bingo as there are plenty of 1p tickets and free games available at all times.

Conclusion
You’d be forgiven for falling into the natural assumption that Bet365 Bingo would be one of the very best bingo sites on the market. Luckily, in this instance at least, you wouldn’t be far wrong. There’s no denying the fact that some of the bonus terms and conditions could stand to be improved, but if you look beyond this slight (an extremely common) hiccup, absolutely everything else on offer is great. Well, the bingo loyalty program is a little on the weak side, but this is hardly a deal breaker!