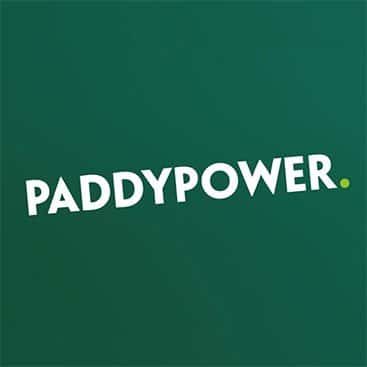 The first and often the only name that springs to mind when Irish gambling powerhouses are mentioned, Paddy Power Casino is a household name far beyond the Emerald Isle. But as a brand that started out in entirely different turf to online casino games, exactly how well does Paddy Power Casino stand up by today’s standards? Casino Papa has all you need to know – read on for the inside story!

Overview
If you know gambling at any level, you see Paddy Power. The flagship bookies from Ireland have been in business longer than pretty much any other name in the game, earning severe kudos for becoming one of the first big names to make serious strides online. Nevertheless, those with a taste for casino gaming were in some instances somewhat sceptical as Paddy Power is a brand that both began and rose to fame as a sports betting service. And as there are so many enormous differences between sports betting and contemporary online casino gaming, how does Paddy Power Casino measure up against those born, bred and continually refined for purpose?

Site Summary
First up, the moment you get wind of just how many software providers Paddy Power Casino has included in the mix, you get a good idea of how dangerous they are. It’s pretty much a wall-to-wall list of anyone who’s anyone in software provision – Playtech, Gamesys, Electracade, GamesOS/CTXM, Cryptologic (WagerLogic), Evolution Gaming, IGT (WagerWorks), OpenBet, GTECH G2, Blueprint Gaming and Amaya (Chartwell) to name just a few.

Interestingly, despite there being a vast arsenal of software providers working their magic, Paddy Power Casino offers a comparatively limited range of games – somewhere in the region of 100.

Still, they regularly remind gaming community that quality matters more than quantity, and so you can at least say that every game in the PP list is a winner.  And that counts double for the Live Action casino games, which always have been and undoubtedly still will be some of the very best in the business.

There is something delightfully comforting about the overall theme and gaming template at Paddy Power – probably because it hasn’t significantly changed in donkey’s years. There are a delightfully familiar colour scheme and a near-total absence of annoying videos and pop-ups. The action is smooth and seamless in general, though tends to be considerably more-so for those who opt for the optional software download.

There have been some sketchy reports of gaming glitches like service denials and repeat-hand-deals over recent months, but not on the kind of scale to cause any real concern.

On the oft-unfortunate subject of pointless and dodgy deals, Paddy Power’s online casino ranks somewhere in the middle of things. First up, there’s a tasty offer of deposit £10 Play with £60 + 10 Free Spins. – whichever way you look at it, open play! As for whether or not you will win anything with this, the 50X wagering requirement makes it slightly less appealing. But still, it’s a freebie.

When it comes to deposits and withdrawals, Paddy Power Casino certainly makes it easy enough to both get your hands on your money and hand it over to them. There are no specific limits about how often you can make withdrawals or how much you can take out, with most pay-outs processed within 24 hours. All standard payment types are covered, including Bank Wire Transfer, Cheque, Laser, Maestro, MasterCard, Neteller, PayPal, Solo, Visa Delta, Visa Electron, Visa, Entropay, Skrill and much more.

For the mobile gamer, Paddy Power Casino makes no bones about how great it believes its offerings are. Having once publically dubbed its iPad app “The Best Thing on Tablet Since Viagra!??? It’s all pretty self-explanatory. And in this instance, the hype is well-justified, as not only is the first Paddy Power Casino app rather fabulous, but there are also another half dozen or so apps for the various other PP services.

Paddy Power Casino has a wide-reaching reputation for providing outstanding customer service on a 24/7 basis. There’s a great FAQ section on the website and service calls are cheap enough to make, while the team itself is, for the most part, a helpful entity. That said, it’s a little annoying that they seem to have gone to great lengths to hide the ‘Help and Contact’ link on the website, which for reasons that are deeply dubious is smaller and hard to find that every other link on their site.

One other potentially problematic point worth mentioning is the way in which the overall depth, scope and content of the Paddy Power Casino could be somewhat overwhelming for both newcomers and those who prefer a more straightforward online experience. On the very first page itself, you’ll find yourself presented with a (literal) minimum of about 100 links and tabs, which then lead to pages with just as many links and options. Sure, it’s good to be able to get anywhere from anywhere, but it’s a lot to take as a newcomer.

Hardly the end of the world though – especially when taking into account overall gaming quality.

Best Features
The way in which Paddy Power Casino focuses primarily on the quality of output rather than quantity stands out as a fantastic feature, as does the way in which the casino itself also offers access to a vast variety of other PP assets and gaming opportunities. On-going competitions and special offers are also first-rate.

Conclusion
On the whole, you have to look pretty intensively to find anything genuinely negative to say about Paddy Power as an online casino, which in all respects seems to be a solid furthering of the famed PP brand. It’s not perfect by any means – limited online slots games, occasional bugs and modest bonus offers won’t win everyone over, but it’s still just about as good as it gets right now from a 2015 perspective.