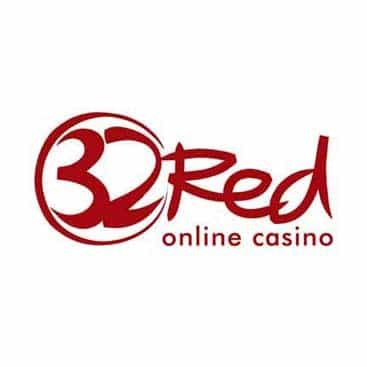 32Red bonus deals and online casino reviewed right here. A force to be reckoned with though not exactly the same kind of household name as some of its rivals, 32Red Casino came out of nowhere to take the market by storm. But then again, that was quite a long time ago and these days we’re being bombarded with newcomers to the scene pretty much every day. Which begs the question – is 32Red Casino still the top dog it always was, or has the pond outgrown the once big fish? Casino Papa knows…read on and find out!

Overview
If 32Red isn’t the first name that pops into your head when discussing big-brand gaming powerhouses, it might be time for a reality check. First up, they’ve been doing what they do since the year 2000 and have millions of members within their ranks. Secondly, they’ve taken home countless top-level awards including Best Global Casino, Best Casino Group and Best Casino Manager. Admittedly, most of this glory happened around 2010 and a lot of time has passed since, but you’d be forgiven for assuming that if they were once this amazing, they must still be pretty epic today, right?

Correct…32Red Casino is still a killer.

Site Summary
Right off the bat, you know you’re in for something a little different as rather than advertising completely OTT three and four-figure bonus offers, 32Red bonus offers are handled in another way.

Same old story – bonuses that really would be better off if they didn’t exist at all.

The good news however is that that’s pretty much where the negative stuff comes to an end. In terms of the overall user experience, 32Red Casino has to a large extent nailed it. Admittedly, the rather congested and chaotic nature of the primary landing page can be a bit overwhelming, but it doesn’t take much time at all to get used to. And when you do get used to it, your reward will be a site and service that is rich in content, professionally polished and an absolute joy to navigate.

As for the games themselves, 32Red games & slots is primarily a Microgaming affair which in turn means you can expect a hell of a lot of quality gaming and generally silky-smooth experience. They’ve also gone to town with gaming quantities as well as quality – over 300 slots to choose from make up the massive 450+ gaming archive the likes of which cannot possibly leave anyone wanting for more. 32Red Casino is also relentlessly committed to continually updating and enhancing its gaming collection, so if there’s something new and exciting out there, chances are it will appear here sooner or later.

Rather than putting together a mobile app, 32Red instead operates a dedicated mobile website which does a darn good job in recreating the full desktop experience. In fact, when optimised for touchscreen it actually becomes a fair bit easier to gain access to the games of your choice.

On another note however, one of the biggest of all annoyances when it comes to 32Red Casino is the way in which it is yet ANOTHER online casino that oversteps the mark by forcing an automatic download of its software, simply upon clicking-through for more information. It doesn’t ask you if you want it and nor is it interested in whether or not you actually want to sign up – the download starts automatically. Call it a pet peeve, but these are exactly the kinds of things that put us off in a big way.

Rant over…now onto payments and customer service, which it’s a pleasure to say are first-class in both respects. Deposits and withdrawals can be made by way of debit cards, credit cards, PayPal, Neteller, Moneybookers, ClickandBuy, ClicktoPay, EcoCard, EntroPay, PaySafeCard, UKash and bank wire transfer, with the vast majority of withdrawals happening in no more than a few hours…rather on the speedy side, to say the least. They also make abundantly clear their commitment to customer security, rather than brushing it under the rug as an afterthought.

The service team is also a credit to the brand, with 24/7 availability every day of the year and a variety of methods for getting in touch – Skype being a nice addition to the mix.

Last up, it’s also worth paying mention to the additional deals and bonuses at 32Red Casino, which although covered by the same caveats are plentiful and enjoyable enough. At the time of writing, the Ruby Tuesday and Red Letter Thursday promos top the table as some of the best.

Best Features
No doubt about it, the range of games on offer and the overall presentation/performance of the website rank right up there as the very best features of 32Red Casino.

Conclusion
The fact that 32Red Casino comes so close to perfection is precisely what makes its silly shortcomings so annoying. First up, it would be far preferable to get rid of welcome bonuses entirely than to keep offering silly wagering requirements that mislead some and annoy others. And as for automatic software downloads…no. Just no!

Other than that however, everything from 32Red range of games on offer to the customer service team to the presentation of the site and everything else across the board is simply superb.