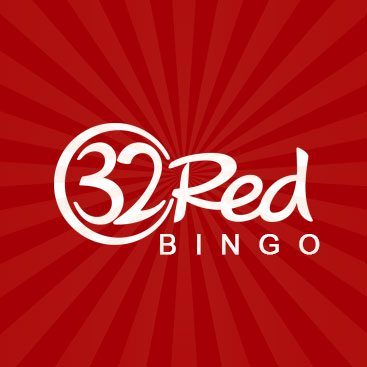 To say that the success story carved out by 32Red since going into business in the year 2000 is impressive would be something of an understatement. Quite frankly, they came out of nowhere to quickly grow into one of the largest, most successful and indeed most popular online gaming franchises in history. As such, it was inevitable that sooner or later they would also make a move into the bingo arena, expanding their reach and appeal even further. But given the fact that there are already so many established and successful names in bingo, what can 32Red Bingo offer that isn’t already out there? Read this 32Red Bingo review and Casino Papa will reveal all!

Overview
It always tends to be sites like 32Red Bingo that so many gamers don’t even bother doing their homework on before diving into. It’s assumed that with such a big name, you really cannot go wrong. And it often turns out to be the case, but at the same time there will always be certain instances where the reality of things doesn’t live up to the hype. So in the case of 32Red Bingo, which side of the fence do these guys fall on?

Site Summary
Well, there’s no denying that when it comes to the way the site itself is put together, everything is about as polished and professional as it gets. At least in terms of aesthetics anyway as you can clearly see from the word go that there is nothing amateur-hour about 32Red Bingo online slots. The navigation system is extremely simple, the animations are perfectly balanced with the rest of the visuals and there is plenty of important information right there in front of you.

In terms of the actual games themselves, we can only go on our own experience and we have to say things appeared to be comparatively thin on the ground. As is the case with so many bingo sites these days, 32Red Bingo seems to dedicate the majority of its primary homepage to promoting and pushing online slots, as opposed to bingo. In fact, if you head over to the ‘Games’ tab itself you find yourself even more convinced that bingo is something of an afterthought. This might not be the case, but it’s certainly the impression you get. And when you realise that the only type of bingo listed in is 90-ball bingo, you begin to wonder where on earth the rest is.

Once you actually find your way into the action, the bingo rooms themselves are undeniably great. First of all, there is plenty of 1p action and free bingo to be found throughout the week, which is always nice to see. In addition, we found the chat moderators to be particularly brilliant while testing out 32Red Bingo – each moderator we encountered also doubled up as an incredibly welcoming and well-informed customer service representative. We can’t sidestep the fact that tests carried out during off-peak hours brought a few severe slowdowns in traffic volumes, but the rest of the time things were nice and busy.

In terms of introductory offers, the good news is that signing up to play with 32Red Bingo does not mean having to deposit a penny and they will happily hand over £5 to play with. It’s purely promotional bonus money, however, meaning it cannot be withdrawn. And if you wish to take out any winnings from this bonus money, you will first need to wager at least £50 of your own money. If we’re being honest…as we always are…32Red Bingo doesn’t exactly make it easy to access and understand the terms and conditions attached to the welcome bonus.  Outside the welcome bonus, there are at least 15 other on-going bonuses and promotions worth checking out – terms and conditions applying in all instances.

We can’t fault the customer service experience provided by the folks at 32Red Bingo and it’s also a case of top marks in terms of mobile gaming. Payments in and out are handled extremely quickly and with the utmost security, with the vast majority of popular payment types being accepted.

On the whole therefore, it’s a bit of a mixed bag – one with a few surprises in both positive and negative senses alike.

Best Features
With a few improvements to gaming variety, the 32Red Bingo site would be one of our favourites by far. We genuinely like the way everything is presented and found the navigation to be simple at all times. In addition, the customer service standards displayed during our tests were exemplary and so too were the efforts of those moderating in-game chat.

Conclusion
Even though 32Red Bingo most certainly provides access to some excellent online bingo, it just doesn’t have the appeal or engaging nature of some of its rivals. It’s not to say there’s anything specifically wrong with what’s on offer – it’s more a case of what seems to be missing from the equation. There just isn’t enough variety, the bonus offers could be considered misleading and you can’t help feeling that their priorities lie elsewhere. Which in all honesty, they probably do.

15 Touch Lucky Casino reviewVisit Website Read Review
We use cookies to ensure that we give you the best experience on our website. If you continue to use this site we will assume that you are happy with it.Ok
Agree Decline