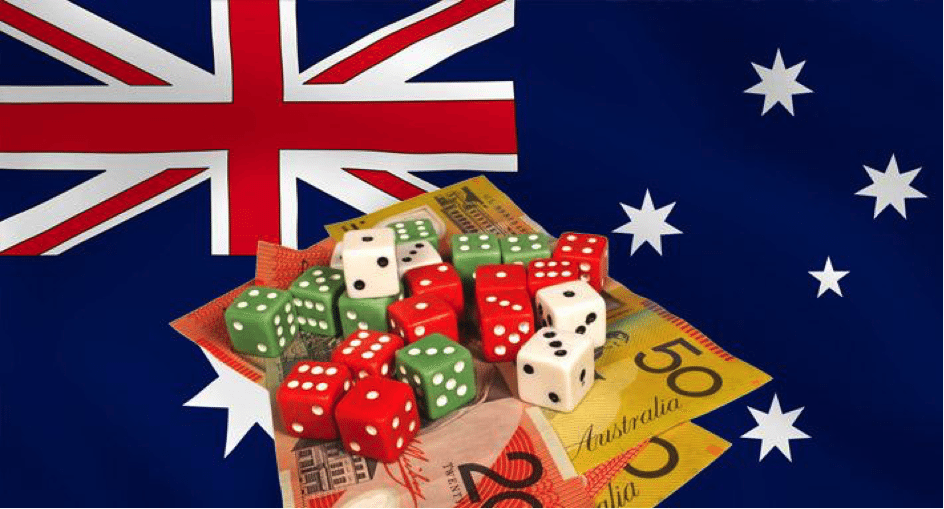 Mention the fact that Australians have something of an obsession with online gambling and you might be accused of stereotyping. But at the same time, you’d also be making a statement that really couldn’t be more accurate. Everyone knows that the Aussies have an undying love for pretty much anything that gives them the opportunity to wager a few bucks here and there. From horse racing to international sports events and more pokies than you could wave a didgeridoo at, the Australian love affair with gambling is real…and accelerating like never before.

Which of course begs the obvious question – why? What is it about gambling that seems to resonate so heavily with Australians, above and beyond every other country on Earth? Something in the water? Money to burn?

The answer…well, it’s a subject of heavy debate to say the least, but the vast majority believe it to simply be something of a natural progression. Recent generations have been gambling more and more, passing the trend onto the next generation and so on. It’s largely the same tale in a lot of nations globally – what with online gambling having taken over as the new standard for millions. It’s just that Australia seems to be embracing all that’s available with way more gusto than the rest of us.

Meteoric Growth
Just a few months ago came the revelation that the amount of cash being spent on gambling in Australia had once again hit an unprecedented high. Over the course of just a single three-month period, the total amount spent nationwide hit a whopping $6.5 billion. Or if you want to look at it another way, that’s an average of a full $1,000 for every Australian citizen!

Needless to say, this quite simply towers over the figures you’d expect from any other country you can think of. Hong Kong came in at second place in the rankings, but still struggled to reach even 50% of the total per-person spending of Australia. Both the US and the United Kingdom landed far lower in the rankings, with average spends in the region of $300 per person on a national average basis.

But as already mentioned, the question as to why things are heading in such a direction remains a topic of heavy debate. Even more curiously, research has shown that the actual number of people taking part in gambling activities in Australia has actually been falling over the past decade. Head back to the year 2000 and you’d be looking at a period when more than 80% of Australians said they’d taken part in gambling activities that year. As of 2014, this had fallen to around 65% of people, though at the same time national spending on gambling was rising at a meteoric pace.

“What we are seeing is a smaller group of people gambling more heavily.”

So it’s clear that it’s a case of fewer gamblers spending more money, which would seem to suggest that those with a taste for gambling are finding their fixes faster and easier than ever before. Again, it’s undoubtedly the rise of online gaming that’s fueling these fires.

Pokies For the People
As a nation with a well-documented obsession with video poker, it’s hardly surprising that the vast majority of bets placed in Australia day in and day out go on pokies. According to the Australian Gambling Research Centre however, online sports betting and casino gaming are both beginning to gain some serious traction across the country.

“There was a period through the 1990s when there was a great increase in gambling. That then tailed off in the 2000s as the community came to realise the risks involved,” Ms Thomas added.

“But that doesn’t account for people who are still gambling and gambling at very high levels, particularly on pokie machines. There also hasn’t been a change in problem-gambling issues.”

As far as many of those working in the industry itself are concerned, there’s a very clear and quite simple answer as to why gambling activity spikes in Australia as it is doing right now. Speak to those who’ve been working on the scene for five decades or so and chances are they’ll tell you that gambling interest in Australia is directly linked with the economy. If there’s an improvement to the country’s economy, gambling activity takes a significant step up. When the economy performs poor, it goes the other way.

Nevertheless, even these industry veterans firmly believe that gambling has become such a normal and integral part of the Australian way of life, it will continue regardless. Even when times are tight, folk seem insistent on keeping at least a little cash to one side to use for gambling purposes.

The Rise of Online Gaming
Of course, it doesn’t take a genius to figure out that when and where gambling is available on-call 24 hours a day, you’re naturally going to be more inclined to do more of it. And that’s precisely what Australians are dong in record numbers, so confirms the country’s Ainsworth Game Technology brand.

“We’ve got a huge number of people learning to gamble who’ve never gambled in their life for the most part and eventually, those people will try other forms of gambling too.”

But when you consider the fact that in-person gaming is such a ritualistic social experience for so many Aussies, what’s the appeal of going online? Or to put it another way, what can the best online casinos for Australians serve up that’s more alluring than the real deal?

Well, the biggest pull is of course convenience – the charm of having a thousand and one pokies in your pocket at all times being self-explanatory. It’s the rise of mobile online gaming in particular that’s leading to a huge shift in the way folk gamble, not only in Australia.

In addition to this, there’s also the way in which payout percentages and the general rules attached to any game can be much better/more lenient when it comes to online pokies and other gaming machines. Why? It’s simple really – their operators have zero overheads to worry about and can therefore afford to offer better player percentage payout averages.

Making the Right Choice
Getting it right and staying safe means making the right choice in the first place, when it comes to choosing which online casino to play with. As it’s the case anywhere else in the world, the most important check to carry out first is that of full regulation and licensing from a relevant authority. This will vary in accordance with where the casino is based, but more often than not it’s recommended to stick as close to home as possible. And for that matter, a casino that uses Australian dollars as a base currency too.

Introductory bonus offers can be tempting, but are far from the be all and end all of things. The key is not being blindsided by offers that seem far too good to be true, but instead reading all applicable terms and conditions before signing up. Payout percentages should be displayed clearly and be to some extent verified by a responsible source. Quality of gaming counts for a lot, but not nearly as much as positive feedback from real-life gamers and other independent reviewers. These days, you really only need to carry out a quick web search to find out if any Aussie casino is a scam or the real deal.

The Bigger Picture
Of course, it’s important to remember that Australia’s love of gambling doesn’t only form part of its culture, but also a huge part of the country’s economy too. At the most recent check, the industry generated well over $25 billion in annual revenues, increasing no less than 75% since the 80s. While the country’s real-life casino industry creates a hefty 20,000+ jobs, when you take into account the other places with gambling facilities this increases to a massive 60,000 jobs. What’s more, it’s estimated that since the last estimate was pulled together, this could have increased once again by another 30%.

While it’s inevitable that gambling will always attract criticism and can indeed prove problematic for some, it is nonetheless a billion-dollar industry that isn’t going anywhere in the near future. Restrictions on certain types of gambling do nothing other than drive punters right into the arms of unscrupulous sites and services from other countries, which without any real regulation are free to do what they do best…scam folk silly.

Opinions will always vary, but the truth of the matter is that Australia’s obsession with gambling is something that should be made the most of for all involved – not exploited, not ignored and not instantly labelled a danger to the public.