Why Losing at the Tables Is Still ‘Enjoyable’ 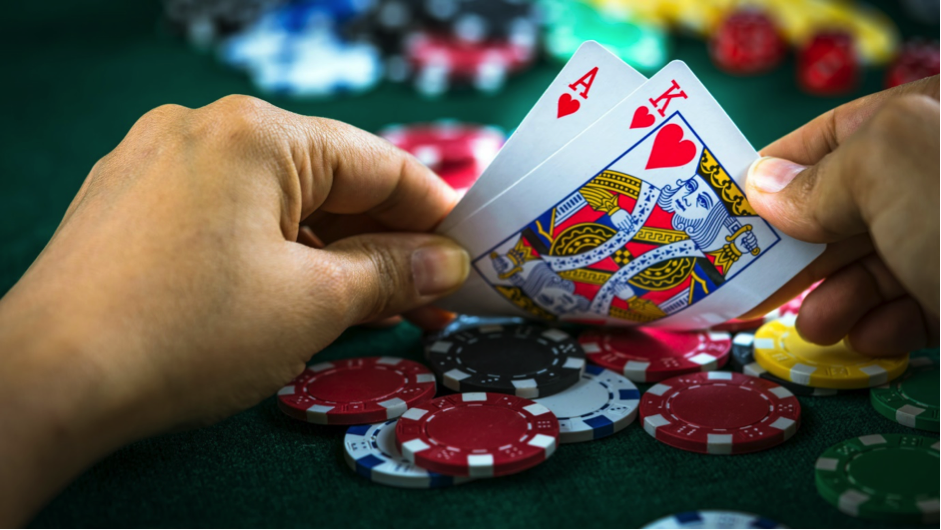 In truth, nobody likes to lose. Even those who somehow manage to win most of the time find themselves feeling somewhat short-changed when facing the occasional loss. As for those who lose on a habitual basis…well, the fact that they continue to play despite their continuous losses says something in itself.

For some time now, experts worldwide have been warning gamblers at all levels to carefully consider their reasons for gambling. At one end of the scale, you have the unrealistic punters, for whom the only motivation for gambling is to win. They believe that through one strategy or another, they will eventually come out on top and beat the house.

At the opposite end, you have those who accept gambling for what it is and take part purely for enjoyment. They have no qualms whatsoever with losing and can have a consistently fantastic time, irrespective of the outcome.

Equally unsurprisingly, this side of the spectrum occupies comparatively few gamblers.

Instead, the overwhelming majority of everyday gamblers sit somewhere in the middle. At some level, they understand that their odds of winning are pretty minimal. They know that the house always wins and have come to expect losses as part and parcel of the whole deal. This doesn’t mean they hate losing any less, but they know it’s going to happen and therefore don’t expect to turn a profit.

The question being – why do all such gamblers keep coming back for more? If it’s evident that losing money is more likely than making money, why would you keep returning to the same tables?

According to a recent study carried out at Nottingham Trent University, the answer is surprisingly simple.

In It for the Rush

Taking into account the exploits and activities of 5,500 gamblers, researchers reached an interesting conclusion. In a nutshell, it’s all to do with the body’s production of adrenalin and endorphins. These are the kinds of hormones that give us that ‘buzz’ of excitement we associate with these kinds of activities. But what’s interesting is how even when a gambler at the table loses, they’re still experiencing a massive rush of adrenalin and endorphins.

Precisely the same as would be the case if they had won.

This is where things become a little cloudy, when attempting to draw the line between enjoyable gambling and problematic gambling. As much as the term itself may be cliché, to label someone an ‘adrenaline junkie’ is also surprisingly accurate. Irrespective of whether or not you know it, there’s a strong chance you instinctively crave this release of endorphins and adrenalin. To such an extent that the whole thing can become addictive.

Hence, you may find yourself compelled to return to the table, even if your previous experience was no less than disastrous. Your body and brain want to ride that hormonal high again, irrespective of how it came about in the first place.

Not only this, but the researchers also noted how the effects of a win can be affected by a series of prior losses. In this instance, it was detected that when a win follows a losing streak, the rush felt by the respective individual was significantly more powerful. If you win on a regular basis and experience minimal losses, you experience a relatively modest hormonal rush. By contrast, strike it lucky after a losing streak and you’re likely to explode with sheer joy.

Again, despite the fact that those in the latter bracket are probably far worse-off than their more fortunate counterparts.

This also goes some way to explain why it is sometimes impossible to walk away from a losing streak. By the time you find yourself on a downward trajectory, your brain is already preparing itself for the effects of a win. The more disastrous the losing streak becomes, the more explosive the sensation will be if and when you win. The problem being that this has a dangerous impact on the respective individual’s ability to make logical and rational decisions.

Statistically, you know that you’re no more likely to win now than you ever were. Nevertheless, you’re chasing the kind of high only breaking a losing streak can bring. You chase your losses, you lose far more than you can afford to lose and the cycle perpetuates. Your brain desperately wants that rush of endorphins and adrenalin, but the likelihood of it happening is near zero.

A relatively simple finding that nonetheless explains one of the most common yet highly detrimental habits in the gambling world.

As far as most experts are concerned, the key to safe and enjoyable gambling lies in focusing on the real rewards. As we touched upon in one of our previous posts, there are various reasons why human beings love to gamble. Or to put it another way, there’s a lot we can take out of any gambling experience, irrespective of whether or not we win.

Throwing money down the drain chasing insurmountable losses doesn’t qualify as enjoyment in any sense of the word.

Above all else, gambling is supposed to be a form of entertainment. You enjoy the experience, regardless of the outcome. Gambling provides a welcome form of escapism, allowing those who take part to relinquish control and let destiny take over. None of us have any influence over the roll of a dice – something that needs to be accepted before taking part in any gambling activity.

The real rewards of gambling come in the social aspects of the game, the opportunity to escape the real world for a while and that tantalising prospect that a prize could be on the cards. But it’s worth remembering that even if you don’t win, you’ll still experience a serious rush.

It’s simply a case of knowing when to walk away, if the rush you’re experiencing has nothing to do with the positive aspects of the game.