A Gambler’s Favourite: The Rise of Cross-Over Casino Games 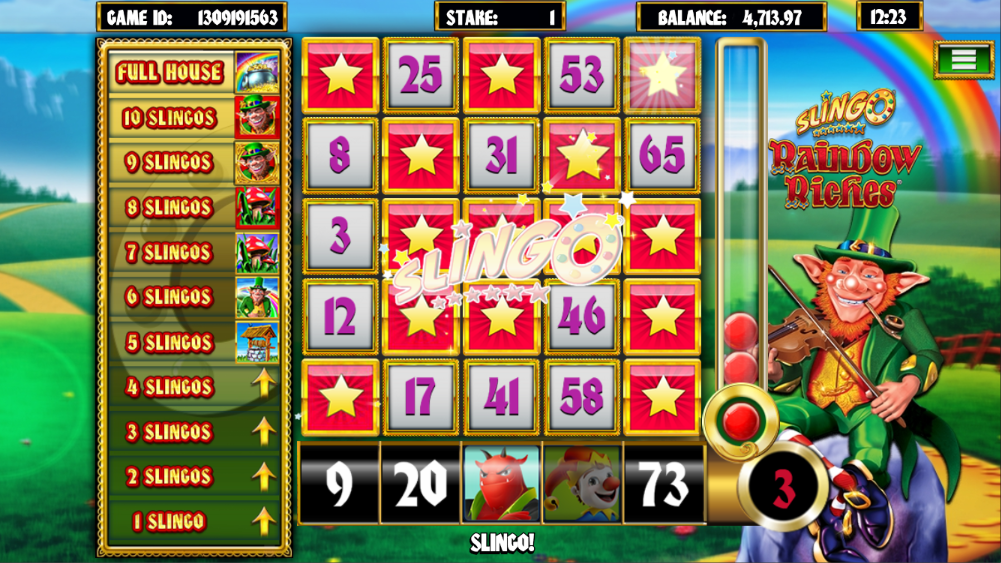 Casino games have diversified well beyond their origins as of late, spurred by the growing popularity of online casino gaming. But what’s interesting is the way in which cross-over games are gradually becoming the new norm. The idea being that you take two popular concepts, combine them together and come out with something new and improved.

Or at least, something different – always a good thing for today’s discerning gamer.

But where did the crossover concept come from, and how can we expect it to influence the industry going forwards?

Slingo: The Pioneer of Cross-Over Games

There is already extraordinary diversity within the casino industry. From roulette to blackjack to craps, every traditional casino game has its own unique style. Suffice to say, we’ve come a long way since gambling first became a popular pastime in the 20 or so ridotti venues of 18th century Venice. Flamboyance and an opportunity for the wealthy classes to socialise soon gave way to the opening up of casinos for every class. As more and more casino enthusiasts flocked to these venues, new variants of established games like poker started to emerge.

From then on, it was only a matter of time until the first cross-over games would start to appear. One of the very first being Slingo – a game that combined elements of slots and bingo. Slingo (believe it or not) first appeared all the way back in 1994, when a New Jersey real estate developer had a flash of inspiration. But it really only took off in the 2010s, after a Seattle-based company bought the rights to the game for a tasty $15.6 million in 2013. Rights which were subsequently sold to Gaming Realms in 2015 for an even bigger cash price.

The concept itself is simple: each player gets a bingo card, which contains numbers as normal. But unlike traditional bingo, every player gets 20 turns to ‘spin’ numbers – slot machine style. During each spin, the reels land on five numbers, which can be crossed off the bingo card if they appear on it.

Special symbols can appear across the different versions of Slingo, such as a joker, a wild symbol or bonuses that add points to the player’s score accordingly. Slingo has become so popular that it has even given rise to spin-off Slingo scratch lottery tickets and slot machines.

Skill-based Slots: The Best of Both Worlds

Slingo is not the only cross-over game to tap into the popularity of online slots. Slot games are immensely popular for the reason that they are entertaining, accessible and easy to get into. There is incredible variety on the online slot scene right now, which partially explains why no deposit free spin slots are especially popular worldwide.

Skill-based slots seem to be particularly popular among millennials. A recent US report has found that over 65% of millennials play video games every month, and 71% like to watch other skilful gamers play their favourite games. This love for video games could explain why video game advertising is set to reach $1.9 billion in 2023.

Thus, introducing elements of skill-based gameplay in traditional slots is a smart way to appeal to an audience that is more interested in skill, knowledge, experience and dexterity than luck. This also explains why skill-based slots are often based on the same basic concepts as those in classic video games. For example, solving puzzles by aligning gems of different colours and shapes, in gameplay similar to Candy Crush.

Going forwards, we could be looking at even more elaborate takes on skill-based slots. Maybe something like a first-person shooter video game, with the player shooting their way through levels to win money. There is even a Space Invaders-themed skill-based slot already available – one that perfectly blends the nostalgia for older video games with the slot genre.

Despite the fact that skill-based slots make the player feel in control, many traditional gamblers remain indifferent towards them. The reason being that to these purest players, games of luck are supposed to be about…well, luck. This might explain why the genre hasn’t really taken off before now, but seems to be catching the eye of a new generation of gamers on the lookout for something a little more challenging.

Slot games are arguably the most fun and relaxed type of casino games. Hence, it’s no wonder that certain slot-like elements are gradually making their way into other casino games. In fact, it is becoming the norm for traditional casino table games like roulette, baccarat or blackjack to get a slot-type twist.

One very popular way to do this is to create a themed casino table game – themes inspired by popular culture are a trademark of slots. This means that you can now play blackjack themed after legendary boxing champion Mike Tyson, or roulette with elements from classic board game Monopoly.

Another fun element that table games have incorporated is the non-linear rise of bets and winnings. For instance, many online casinos offer roulette games with enhanced bonuses incorporated in the gameplay. More or less like the jackpots you can win anytime with a spin of an online slot, if you’re lucky. This is a feature traditionally associated exclusively with slots, making for a more interesting progression of the game – much like wild and scatter symbols can change the development of your payout with an online slot.

Games of chance owe their popularity not only to the exciting and engaging nature of the game, but also to the fact that they are so ubiquitous. Chances are, even if you have never played bingo or roulette in your life, you already know the basics. In which case, combining classic games with novel features from online slots to create cross-over games helps keep seasoned casino players engaged and interested.

Millennial audiences in particular, seem to be responding more positively than anyone else to the rise of skill-based casino games.