How to Refine Your Poker Technique 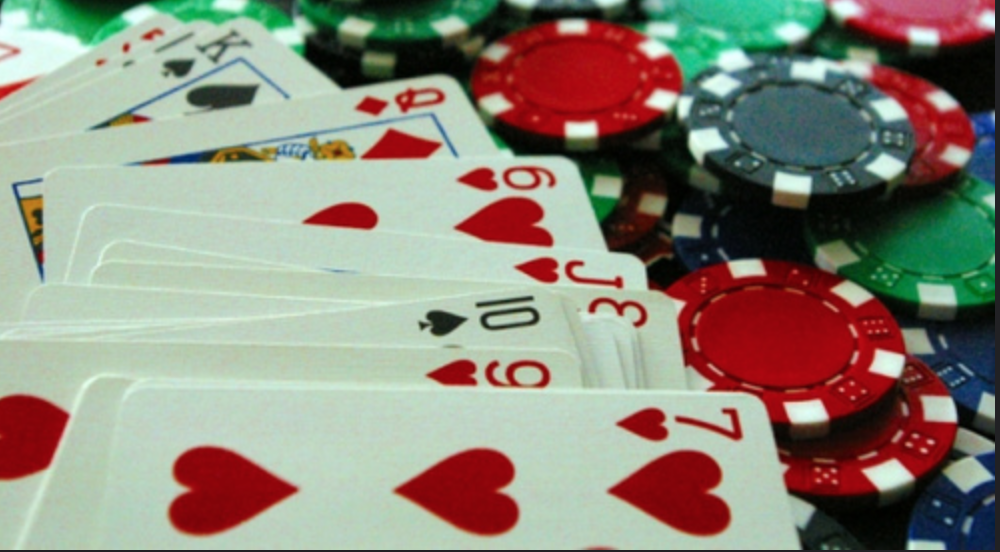 You may enjoy playing poker, but what about winning? A concept that seems all but alien to you? If you’re a serial loser…or at least a little on the lame side…fear not – you’re far from in the minority!

Practising (a lot) will help you improve slowly…eventually making you a better player to an extent. But if you’re really looking to take the huge steps forward necessary to step out of the amateurish run you’re in, you need to proactively refine your technique. Players like Daniel Negreanu, Bertrand Grospellier, and Phil Helmuth don’t get to the final tables of major poker tournaments by chance.

Instead, they get there because they spent years and years developing their skills and mastering their craft. So you can hack at it all you like, but if you’re not willing to do your homework, you might as well get used to your non-stop losing streak!

Playing in an online poker room is how most players start out these days. And it can be an excellent way to establish and refine your own tactics and watch how hundreds of other people play the game at the same time. Not to mention, at various levels. There’s certainly a strong case for ‘plying your trade’ online…at least for a while…before hitting major tournaments. After all, the most recent World Series of Poker winner – Scott Blumstein – played a lot of online poker tournaments before taking things to the world stage.

Watch the Masters at Work

Watching people play poker is almost as enjoyable as playing it yourself. Not quite, but close enough. And it can provide solid insights into what should and should not be done in certain situations. The commentary helps with the analysis of the game, and there are also online poker sites that study poker tournaments and review how the pros behave.

What makes some of these players so successful is their ability and willingness to fold great hands when they know they are beaten. An example of this is when Byron Kaverman picked up pocket aces against Jason Mercier in the Super High Roller Bowl. Mercier flopped a pair of queens, which was the highest pair on the board, but eventually laid them down knowing that his opponent had the better hand.

Whether a case of intuition or blind luck, it was one hell of a ballsy move. And not the kind of move you’ll ever make as an amateur.

Play your Position
When you’re playing poker tournaments online, you’ll find that a lot of players will stick to a certain playing formula. Which a lot of the time tends to be actually waiting for a good hand before acting. If you play your position well, you can easily force these casual players to fold. The key to doing this is to always call the big blind pre-flop in the early stages of a tournament, so you’re getting the chance to take a look at most flops. If you’re first to act, it’s unwise to open the betting. Check, and see if any of the other players put any chips in. A lot of the time, if someone has a hand, they will bet a small amount at this stage. And if you don’t have a set or a draw on, it’s wise to fold.

When you are one of the last people to act on a round, you can take this opportunity to take a stab at buying the pot. If people call your raise, it means they probably have something or are chasing a straight or a flush. Try upping the raise the next hand, most of the time unless they have an unbeatable hand they will lay them down.

Forget Bluffing
Contrary to popular belief, bluffing isn’t nearly as popular a technique/strategy among pros as amateurs tend to think. The problem with bluffing being that you’re almost always taking way too big of a chance, given that the cards you’re holding are pure garbage. Or at least, nowhere near as good as you’d like others to think.

Not only is bluffing dangerous, but the moment you’ve been outed as a bluffer, seasoned players will have you sussed. Or more specifically, they’ll know how to drive you into terrible moves and bleed you dry. Try the occasional bluff to see what happens if you like, but don’t fall into the trap of relying on it as a strategy.

Don’t Sit Out Too Long
Another reason most amateurs end up on losing streaks is their unwillingness to take a chance on their cards. They just fold, fold and fold again until they get a decent hand. In doing so, they slowly but surely watch their stack get smaller and smaller. Worse still, it’s not hard to pick up on these kinds of players at the table. When you finally join a hand, everyone knows you must have something good and won’t give you the slightest chance to win more than the blind. So either way, you’re on a losing streak.

Fake Vs Real Money
Last but not least, be wary when it comes to spending too much time practicing at free poker tables and tournaments. They can be great for learning the ropes, but when there’s no money and no risk to speak of, you’re essentially playing an entirely different game. Blowing $100,000 of fake currency on a pointless move isn’t the same as putting the same $100,000 on the line in real money. Hence, the former sometimes leading players into bad habits.

Playing for free is great, but don’t make the mistake of thinking it’s just like the real thing. Put simply, it isn’t – not even close!

Practice Makes Perfect
There are plenty of other techniques to try out, and online poker certainly differs from poker in real-world settings. But if you spend time practicing techniques like these and stay consistent, you may find yourself winning a lot more often.

Or at least, not losing quite as consistently as you are right now!