To most gamblers, the game of baccarat exists as something of an enigma. They know it exists, they see it in more and more online casinos every and they’ve come across it in more than a few scenes of tension and smugness involving none other than James bond himself. But in terms of actually trying it out, the vast majority of gamers currently involved with all manner of online casino exploits haven’t actually gone near it.

Instead, they continue to scratch their heads and ask the same question – what the hell is baccarat? Or more importantly, why should anyone care about it? After all, with so much poker, blackjack, craps, roulette and the likes to choose from, is it really worth bothering with baccarat?

If you ask us, the answer is yes – and a very big yes at that!

The exact origins of baccarat as we know it today are disputed to say the least. Nevertheless, various games bearing striking similarities to baccarat have been played for well over 500 years now, supposedly having kicked off first in Italy before earning popularity among the royals of France.

It worked its way around Europe for some time and is still pretty popular, though these days it is more popular and widely played in China than anywhere else in the world. It’s even said that a huge chunk of the Chinese economy is driven by baccarat revenues alone – a fact we’ll have to take a face value for the time being.

Over and above every other casino game on the face of the earth, baccarat is shrouded in prestige, luxury and exclusivity. It is associated with the kinds of people who put the kind of wagers on a whim that would be more than enough to buy and sell our entire lives dozens of times over. They travel to Monte Carlo for high stakes games where enough money changes hands to buy at least a couple of small countries. And as already mentioned, it’s the game of choice of James bond – all of which adds up to a table game that surely must be incredibly convoluted, difficult to pick up and therefore worth staying away from…right? 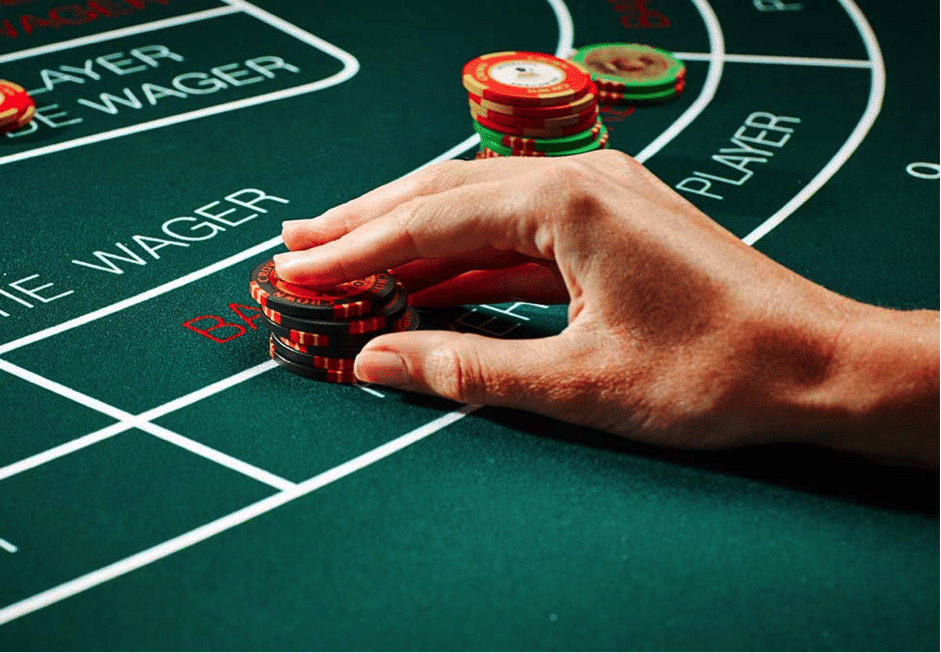 Wrong – baccarat is incredibly easy to get to grips with, even more so thanks to online gambling. After all, the beauty of playing online is that you effectively get coached through the process and cannot make a mistake. What’s more, just as long as you have the mathematical prowess required to add two small numbers together, there’s nothing to say you can’t be the next baccarat superstar.

Suffice to say, we honestly cannot recommend giving it a shot highly enough.

So…How Does it Work?

If you’re beginning to tire of all the waffle, we’ll now be moving onto the real bread and butter of baccarat…as in how it works. There are plenty of different types of baccarat, but given the fact that it is most likely online gaming you are interested in, we will go with a version you are likely to come across with 99% of leading online casinos.

So basically, you are looking to beat the dealer/banker – the banker is not your friend, in this instance. In a standard game, the banker will use a shoe containing eight decks of cards, which at least in a legitimate game of baccarat will have been shuffled to kingdom come. Cards are dealt to the player and the whole point is to try and reach a total score/hand value of 9, without going over.

Before each hand is dealt, each player is able to stake a wager on either the banker, the player or a tie. The player and the banker are both dealt two cards each and the winner is determined by who gets closest to nine without going over. If the banker or the player has a total score of five or less, they may receive a third card but this is the only instance in which three cards will be drawn. 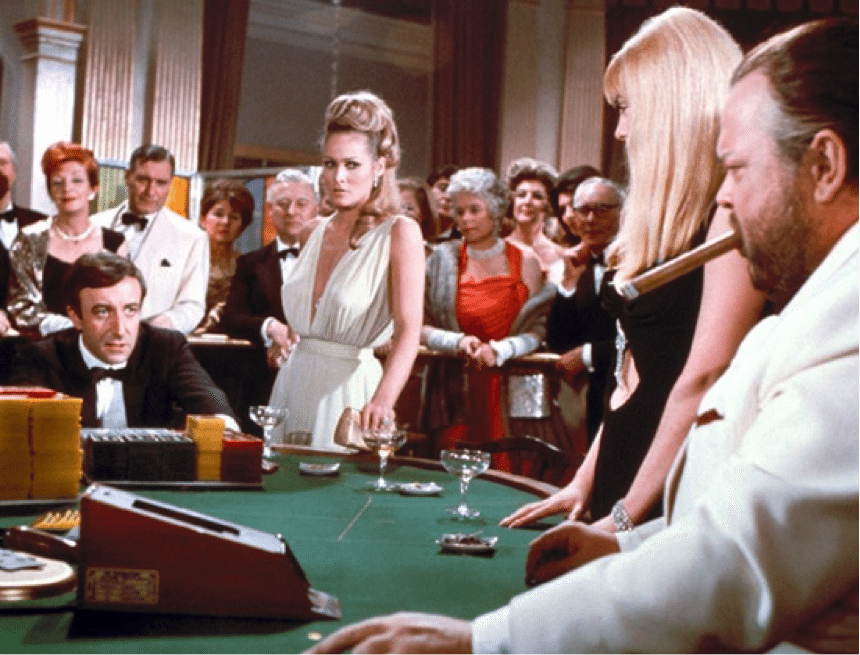 Where it gets slightly complicated (though not really) is in the way in which the scores are calculated. The most interesting thing about baccarat is that it is the only table game with the picture card in the deck worth zero, as opposed to having the highest value of all. The scores of the cards dealt are added together and if the total comes to more than 10, the first digit is removed.

Which in turn means that if you were to be dealt a 9 and a 7, your score would be 16 which means you would end up with 6. Players scoring a total of 9 or 8 points without going over 9 and thus no initial digit having to be removed have what is called a ‘natural’ 8 or 9. In an instance where a natural 8 or 9 is up against an 8 or 9 that has been achieved by scoring 18 or 19 for example, the natural hand wins. Of course, 9 always beats 8.

If you have the winning hand, you win. However, whether or not you actually win any money depends on how you placed your wager as you may well have predicted that you would lose.

Baccarat is famous the world over for generating potentially enormous wins for three reasons. First of all, the action is practically instantaneous – hit the button (when playing online) and you practically have an instant win/lose situation. Secondly, if you place your wager on the outcome being a draw and it turns out that you are correct, you could be looking at returns in the region of 9 to 1, which are pretty high to say the least. 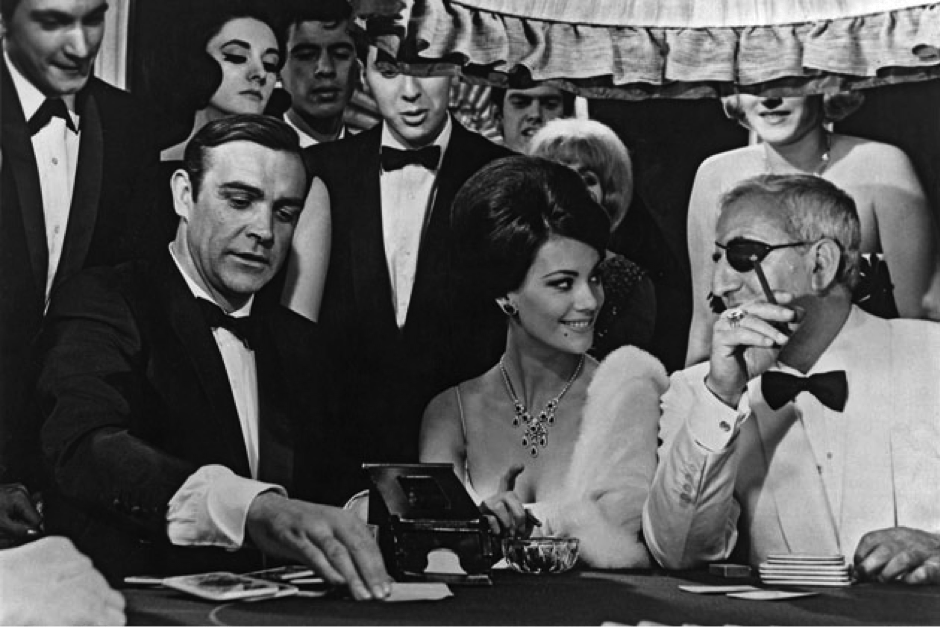 Thirdly, there are so many real life and online baccarat tables up and running right now that put absolutely no limits whatsoever on how much you yourself can put on the line. Given the fact that it really is a game of 100% luck and one that anyone could easily try their hand at, this is something that could be considered fortunate, appealing and perhaps even dangerous in equal measures!

Here at Casino Papa, we absolutely cannot recommend giving baccarat a try highly enough, though diving into the deep end isn’t always the best idea. There are so many fantastic online casinos these days that allow their customers and newcomers alike to try out games like baccarat 100% free of charge, in order to get a feel for things before moving into real money territory.

Just take it from us when we say you will be hooked – baccarat could very well become your new favourite casino game!