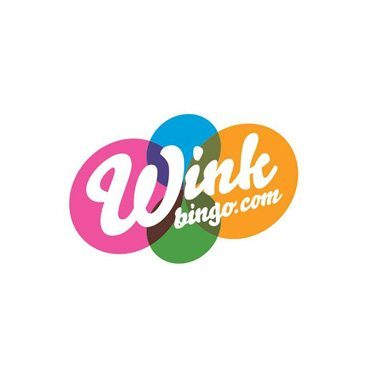 Wink Bingo is undoubtedly one of the first names that comes to mind when thinking of popular UK bingo sites – Wink is certainly a veteran on the scene. They first set up in 2008 and pretty quickly became synonymous with stellar performance, outstanding special offers and a huge player community. In fact, they make the bold claim of having tempted over a million players over since going into business, which isn’t bad going at all. But the question is – how does this Wink Bingo review stack up in the face of such huge competition today? Read on for the full inside-scoop from Casino Papa.

Overview
Wink Bingo has been overhauled and revamped so many times that you’d be forgiven for not even recognising it today. The most recent and major changes happened when the site was totally transformed in late 2014, before then going on to be acquired by 888 Group. Some saw it as the kiss of death, other as just what Wink needed to stay fresh – so which way did things go? Solid veteran, or slowly but surely being edged out by new rivals?

Site Summary
Well, taking the site as it is today in its own right, there can be no real complaints as to how it’s all put together. The layout is nice and simple, the colour scheme is bright and it’s kept light-hearted and fun from start to finish. The site is powered by Globalcom software and Wink is part of the larger Joy of Bingo network, so in terms of performance, the only word is flawless.
One thing that’s really great is how Wink Bingo allows newcomers to play for free for up to seven days, without having to deposit a penny. The Newbies Room is open and accessible no questions asked – you can still play for free after seven days but need to deposit cash in your account. As for the rest of the paid gaming on offer, variety really is the spice of life here. There’s standard 90-ball bingo, American-style 75-ball bingo, Swedish 5-ball bingo and more. They’ve even thrown in a bunch of slots, casino games and other instant-win games – not to mention a few solid progressives too.

As for bingo bonus offers and promos…well, let’s just say they don’t mess around with the numbers. At the time of writing, there are no less than 22 different bonus offers up for grabs. Perhaps the most tempting offer of all is being able to sign up free of charge and yet still play in the Newbies Room, with jackpots of up to £300 a day to play for. The vast majority of bingo bonuses are subject to 2X wagering requirements, which really isn’t bad going on the whole and is certainly better than some rival offerings.
The Wink Bingo mobile app seems to work brilliantly across iOS and Android devices alike. There’s a lot of information packed into the site and the overall experience, but it’s set out and presented very thoughtfully. If there’s one slightly downside to it all, it’s become clear that over the last year or two – particularly since being taken over by 888 – player numbers have taken a knock. The games might be great, but there can be some serious drops in player numbers during non-peak hours.

Back on the positive side of things, there’s really nothing bad to be said about the customer service package on offer – getting in touch at any time is easy enough. There are also tons of on-going promotions and loyalty rewards for those who stick around, including a £200,000 prize draw you’re automatically entered into when buying tickets. Other notable examples include the 50% reload bonus on every deposit £10 to £100, Mobile exclusive – Free Sunday £250, Hundreds of £100’s and Peter’s £50k Heart’s of Gold. That being said, the bonus terms and conditions are quite horrendously complicated and differ from one offer to the next, so it can be tricky to fully understand what you’re getting yourself into. Still, if you’re unsure, you can always ask!

Best Features
Probably the best thing of all about the Wink Bingo platform is the variety of the gaming on offer. They’ve really gone to town with the best bingo games themselves, but at the same time have also thrown out a bunch of quality online slots games, casino games and other microgaming online fun. On top of this, it’s good that they allow newcomers to play free of charge without having to deposit – even though terms and conditions do of course apply.

Conclusion
Roughly summed up, it would be unfair not to recommend checking Wink Bingo out for the simple reason that you can do so without having to hand over a penny. The gaming variety is great, the site runs like a dream and there are plenty of regular competitions to get your teeth into. Not only this, but the mobile app is quite fantastic and the customer care team is a joy to work with. Go ahead and give Wink Bingo a try, we recommend them.