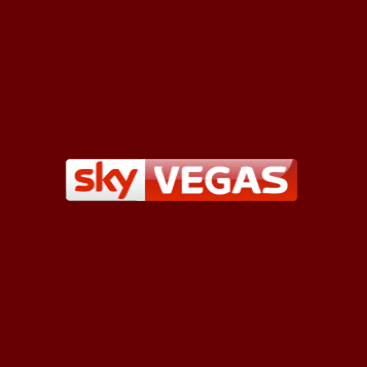 If ever there was a big brand name in online casino gaming to do a fabulous job of dividing the market, it’s Sky Vegas Casino. Boasting more ups and downs in its recent history than all the rides in Disney World combined, it’s hardly surprising that what you hear about Sky Vegas Casino varies massively in accordance with whom you ask. But what about from a totally objective standpoint? Let Casino Papa be your guide!

Overview
When Sky Vegas Casino went into business back in 2003, it offered a pretty meagre selection of just three games. Since then, it’s developed into an undeniable powerhouse on the scene with a quite enormous member community and an absolutely gigantic library of games. Licensed by the Alderney Control Commission, you’d expect that in conjunction with a brand name as big as this, Sky Vegas Casino would be a front-runner for the market’s best online casino. Unfortunately, if the general consensus among a worrying larger number of real-world gamers is anything to go by, it’s not all smooth sailing, to say the least.

Site Summary
Kicking things up with those all-important welcome bonuses – it’s good to see that Sky Vegas Casino has added its name to the mix of those offering free, no deposit bonuses for those looking to test the waters. £10 to play with no-questions-asked, though unsurprisingly you’ll have to wager this £10 at least 20X over to be able to access any of your winnings. As for the standard 200% bonus which ranges from £10 to £1,000, you won’t see a penny of this until you’ve wagered it a massive 40X.

Or in other words, deposit just £50 to qualify for a £100 bonus and you’ll need to wager £60,000 before accessing any associated winnings. Whichever way you look at it, this really is a complete and utter joke. Of course, it’s really all that’s to be expected from these kinds of ‘generous’ bonus offers and if nothing else, a strong lesson in the importance of reading all Ts and Cs carefully.

Moving on to the games and general entertainment on offer, the Sky Vegas Casino website benefits from an abundance of top-level software providers and a fair few newcomers to boot. The likes of Novomatic, Barcrest, IGT and much more are all present and accounted for, adding up to a quite dizzying array of slots and a decent enough range of table games. The action tends to be smooth enough and there’s always something new to try out, with the site being updated on a regular basis.

At the beginning of 2105, the vast majority of complaints thrown the way of Sky Vegas Casino concerned the site’s general operation. There were numerous and on-going reports of software glitches, repeat deals and a variety of other rather worrying trends the likes of which painted a less-than-appealing picture.  Mercifully, a lot of this seemed to calm down during the months following and from personal experience at least, all seems to be smooth and steady enough. In terms of presentation, there’s really no knocking the professionally polished overall template the folks behind Sky Vegas Casino have gone for, nor the navigation system which is as simple as fluid as can be.

One of the biggest plus points Sky Vegas Casino has on its side is the way in which the company as a whole has a strong reputation for handling withdrawals extremely quickly. More often than not, withdrawals take no longer than a few hours to process and almost never drag on for longer than 24 hours. Minimum deposit and withdrawal amounts are set at a reasonable £10, while all essential payment methods are accepted including Credit/Debit cards, Bankwires, Neteller, Skrill (Moneybookers) and PayPal.

Mobile gamers are treated to a superbly fluid overall experience – not by way of a dedicated mobile app, but rather the mobile version of the website itself.  Personal preferences aside, there’s no disputing how well presented, accessible and generally enjoyable mobile gaming with Sky Vegas Casino really is.

On-going promotions are plentiful enough, with particular standout examples including £10 No Lose Weekends, the chance (at the time of writing) to win a £24,000 spending spree and a bunch of other promos connected with Sky’s other online gaming sites. What’s notably absent from the mix, however, is anything remotely resembling a valuable loyalty program – especially considering the standards set elsewhere.

On the whole, however, the package put together by Sky Vegas Casino appears to be solid enough. Unfortunately, it’s very difficult to search for feedback from real gamers online right now without finding a quite unnerving imbalance on the negative side of things. And as far as the repeat problematic experiences are concerned, slot malfunctions seem to be a biggie. From the same lines appearing multiple times to winning lines not being paid out and mysterious crashes to coincide with bigger wins, the word on the street doesn’t paint a particularly positive picture.

And when the customer service team is prompted about such things, apparently it’s a case of being returned with textbook-quoted lines with very little by way of personal empathy or efforts to address matters.

This, of course, isn’t to say that there’s necessarily anything untoward going on, but it’s nonetheless always prudent to take a good look at such things before diving in with a big deposit. Casino Papa hasn’t run into any specific problems thus far – others don’t seem to tell quite the same tale!

Best Features
It’s impossible to deny that the overall design of Sky Vegas Casino and the array of games on offer represent huge plus points the likes of which are more than worth trying out. And of course, even in the face of criticisms, the fact that there is a no-deposit £10 bonus offer means it’s perfectly possible to try things out without putting a penny on the line.

Conclusion
In summary, Sky Vegas Casino is a tricky one, to say the least. From personal experience, there was and is very little in a negative light that can be said about what they do and how they do it – at least in our personal test, anyway.  Nevertheless, when and where the voice of the people seems to point to a clear and overwhelming consensus that things really are not as polished and professional as they appear to be, it’s never a good idea to overlook or ignore it.