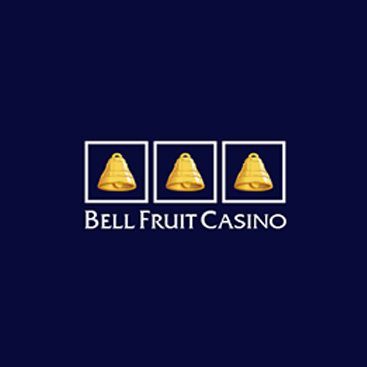 Though this might very well be the first time you have come across it, Bell Fruit Casino has been strutting its stuff since all the way back in 2014. It is the property of one Greentube Alderney Ltd – a brand with a pretty strong reputation for getting it right with online gambling. And given the fact that it is still up and running after a couple of years, it must be doing something to keep the punters happy. But at the same time, standards have changed so much over the last two years alone – can Bell Fruit Casino really keep up? Read on for the inside scoop from Casino Papa!

Overview
So with a name like Bell Fruit Casino you’d be forgiven for immediately assuming it was all about slots. But at the same time, you’d also be right! These guys have made no secret of the fact that slots are the name of the game here and everything else takes a backseat. Great if it’s slots you’re interested in – no so great if slots aren’t your thing. But looking beyond this, how does Bell Fruit Casino stack up as a site in general?

Site Summary
Bell Fruit Casino is a bit of an odd one if we’re being totally truthful. It’s pretty and colourful enough, but the first impression you get is one that’s not quite up there with the competition. It doesn’t come across as amateurish, but it’s certainly close. It’s not that there’s anything terrible about the interface or the navigation system, it’s just not the most impressive. That being said, it has been laid out in a manner that makes it easy to use and navigate by way of mobile devices, which is a good thing.

Moving onto the games, this is where things start to get a little more disappointing still. The thing is, it’s clearly a slot-focused website and that’s not necessarily a problem. Nevertheless, given the fact that there are only 40+ slots to choose from, it’s just not enough. Admittedly, it’s quality that counts more than quantity, but to have less than 50 slots on offer is a bit limited, to say the least. As for the other games on offer, there’s a pretty paltry selection of four table games…that’s four, no more than four. The games aren’t bad and you can play them for free without signing up, but it’s just not enough games for a site that calls itself a casino.

It’s also a bit annoying that they seem to be making an apology for this that’s clearly a bit meaningless. “We are currently working with well-known partners to expand our offer for you. That means that even more table games – the real Casino classics – are already in the pipeline!” – the same thing they’ve been saying for years now and nothing has changed.

Of course, Bell Fruit Casino does its bit to entice new customers with the usual welcome bonus offers available all over the place. In this instance, they promise to pay a bonus of 100% into your account on your first top-up, up to a maximum value of £200. As for wagering requirements…well, do we have to say any more than 1,000X? That’s a thousand times the bonus – in this instance meaning half a million units of your chosen currency. Sure, they give you six months to make it happen, but come on…seriously?

As for the customer service team, these guys certainly seem to be doing a good job in both picking up the phones and resolving queries. The lines and the email support service are both open limited hours, so there’s no customer service at all between 9 pm and 7 am. Withdrawals are dealt with inadequate time, there’s a strong page for responsible gambling promotion and mobile gaming is pretty great too.

On the whole, a very mixed bag.

Best Features
If asked to single out the best feature of Bell Fruit Casino, it would probably have to be the way the site has clearly been designed to appeal mostly to mobile markets. In this respect, it does a great job as the site its extremely simple and stripped back.

Conclusion
On the whole, it’s tricky to give the full recommendation to Bell Fruit Casino as it doesn’t offer anything that cannot be found elsewhere in much higher and more impressive measures. The wagering requirements on the bonus are ludicrous, there aren’t enough games on offer and the site as a whole isn’t as polished as it might be.