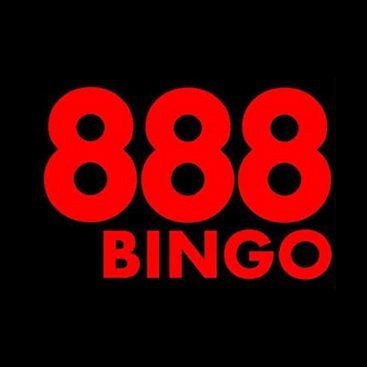 Another entry from perhaps the biggest and most instantly recognisable name in online gaming, 888 Bingo has been doing the rounds since late 2009. If you happen to be already familiar with 888Ladies Bingo, 888 Bingo was created for the most part to serve as the exact opposite. Rather than the conventional bingo website where it’s all pretty pink thrills and OTT girliness, they wanted to put together a more universally appealing site. But in doing so, did they attract their intended audience, or come up with a secondary site that was/is simply superfluous? Read on for all the details from Casino Papa!

As a concept, offering an alternative bingo site that isn’t predominantly geared towards women makes sense and is applaudable. But at the same time, you have to wonder whether it would in fact make more sense to instead focus on creating a single, unified bingo site capable of delivering the goods and appealing to everyone. Is it really necessary to have two sites on the go? Well, given the fact that both 888 Bingo sites are hugely successful, the answer in this particular instance would appear to be – yes!

First and foremost, the fact that 888 Bingo is owned and operated by 888 both sets expectations high and brings a sense of real peace of mind. In terms of security, software reliability and general reputation, these guys pretty much wrote the book on solid performance. And so it proves, as from the moment you arrive at 888 Bingo you are presented with a site that is sleek, simplified and superbly polished. You could argue that they have perhaps taken the minimalist approach a little too far in the visual sense, but try to remember that this is one of the primary reasons 888 Bingo was created – no fluff, no filler.

Once you get started with the gaming, you’ll find that there are three different types of bingo to play with – standard 90 ball bingo, 75 ball bingo and ‘High Five’ bingo. Whichever you go for, tickets start from just a few pennies and the action is both fast pace and nonstop. Outside of these, there are some incredible jackpot games and featured games to try your luck with, which in some instances promise top prizes of hundreds of thousands of pounds. There’s always something new to check back for, making 888 Bingo a site with great long-term playability.

In terms of bonuses and promotions…well, let’s just say all bases are covered in spades. As would be expected, there’s a pretty sizeable welcome bonus available for new members which promises £50 to play with after depositing just £10. There’s also a 500% bingo bonus available up to a maximum of £100. Unsurprisingly, terms and conditions apply, which in the case of 888 Bingo list wagering requirements of between 3X and 90X. That isn’t a misprint, that’s ninety times. They certainly haven’t gone to town to make the terms and conditions easily digestible, but then again, nobody does these days!

There is however a good loyalty system in place which allows players to collect points – AKA Jewels – and progress through the ranks over time. Benefits vary from in-game cash back to free spins to free tickets for games with guaranteed £10,000 jackpots. These loyalty points are accumulated with every ticket purchased and can certainly enhance the accounts of regular gamers.

While the archive isn’t necessarily enormous, it is still nice to see that 888 Bingo has taken the time to share a selection of articles to help inform and educate newcomers to online gaming. The help section is also extremely rich in content, though one point is that it can often be quite difficult to find your way to the contact page where 888 Bingo shares details on how to get in touch. On the plus side, if and when you do get in touch, the customer service team is top notch in every way.

On the whole therefore, it will no doubt be debated for some time as to whether or not having two bingo sites up and running really is necessary, but at the same time, there’s no disputing how good of a job 888 is doing in running both of them.

As already touched upon, the winning feature of 888 Bingo could indeed be its simplicity. They aren’t trying to win over audiences with outrageous visuals and bizarre themes – it’s all about the bingo and nothing but the bingo. The gaming selection is also first rate.

So once again going back to the original question posed a little earlier, is it really necessary to have two bingo sites up and running? Technically speaking, the answer is no, as if 888 Bingo was the only bingo asset available from 888, chances are those enamoured with 888Ladies Bingo would enjoy the experience just as much here. Nevertheless, the two sites have built their own followings and are performing spectacularly, so who are we to criticise?