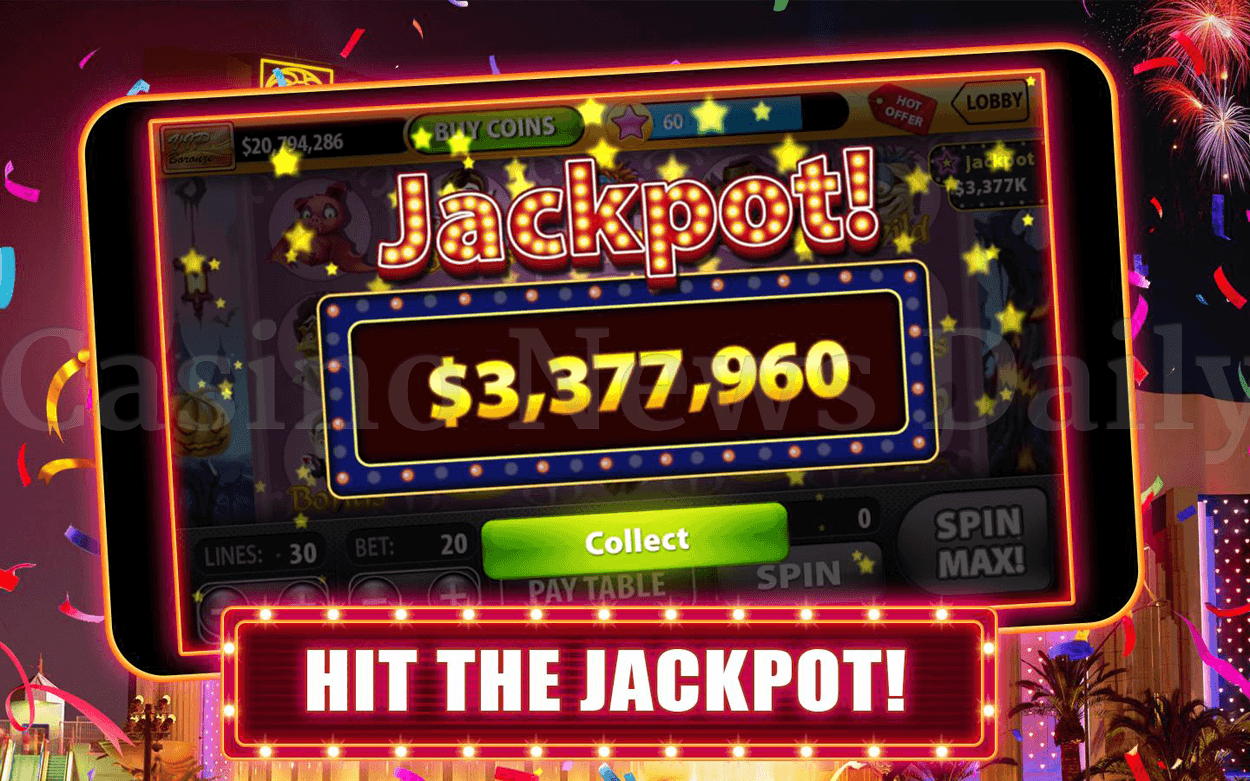 In case it somehow escaped your attention, there’s been yet another instance of a casino player being robbed of an extraordinary fortune by little more than a computer error.  In this instance, an American woman is taking a casino to court having been told by the slot machine she was playing she’d won a jackpot worth more than £34 million. But instead of handing over a penny of it, the casino instead offered her a steak dinner as compensation.

Katrina Bookman wanted to make sure first of all that she wasn’t dreaming and secondly that she wasn’t going to be robbed of her winnings. Which is why she took a snapshot of herself by the machine as it presented a readout stating “printing cash ticket $42,949,672.76”. This happened at the Resorts World Casino in New York last August, which should have become the most incredible month of the woman’s life.

But instead of being presented with a suitcase full of cash, she was pretty much manhandled out of the casino. The next day, she was told that the casino was happy to hand over £1.76 – the apparent value of the symbols that should have appeared on the screen at the time. In the meantime, she’s teamed up with a lawyer by the name of Alan Ripka, who claims she is legally entitled to every penny of the jackpot payout. She has stated that along with the message on the screen, all the lights, noises and symbols the machine presented at the time indicated that she had indeed won millions.

Bookman is said to have been left depressed and anxious by the incident, according to the lawsuit filed last week.

Should the casino not be forced to pay Bookman the jackpot itself, her lawyer is seeking extensive damages for failure to appropriately maintain the slot machine, along with further compensation from those who develop and supply the machines. The resort itself stated that an “obvious malfunction” had led to the machine incorrectly displaying the enormous sum of money.

In addition, the New York State Gaming Commission stated that the machine clearly displayed a disclaimer advising that “malfunctions void all pays and plays”. Still, the fact that the casino never explained exactly how or why the machine malfunctioned has left more than a bitter taste in Bookman’s mouth.

As casinos become more reliant on computer technology, such incidents are becoming anything but rare.

There was another infamous case back in 2011 when a player was denied the $42 million jackpot of a Miss Kitty slot machine – again due to an apparent error. Instead of paying the 87-year-old grandmother the jackpot, the casino instead paid her $1.85 in accordance with the symbols on the screen. The case was taken to the Supreme Court of Iowa, which unfortunately ruled in favour of the casino and left the grandmother empty handed.

Over in Washington, a mum by the name of Veronica Castillo was playing Jurassic Riches and hit the jackpot – an incredible $8 million right there in her balance. Just to make sure that she wasn’t dreaming, she used her mobile phone to take a recording of the screen at the time. This was immediately noticed by the casino security, who summarily told her to stop what she was doing and leave the casino. Incredibly, she was then informed that not a penny of her winnings would be paid out. After complaining, the $8 million she was supposed to receive was paid out in the form of $80.

Again, it was all blamed on a machine malfunction and the customer in question didn’t have a leg to stand on. Given the way in which disclaimers protect casinos from these kinds of things, there is really not a great deal anyone can do if the casino plays the malfunction card.

Unsurprisingly, this has led many to state that casinos have far too much power and are playing a dangerous game. The fact that this seems to be happening on a relatively regular basis would suggest that one of two things are happening.  First of all, the machines themselves are not nearly as reliable or capable as they should be. In which case, serious questions need to be asked with regard to the developers. Secondly, malfunctions aren’t in fact happening on a regular basis and casinos are covering their backs.

In reality, common sense would seem to point to the former of the two – as in genuine malfunctions. The reason being that if casinos were genuinely in the habit of denying prize payouts, it isn’t the kind of thing they would want to be smeared all over the medium worldwide. Instead, they would do whatever it takes to keep things under wraps and keep their customers happy.

When you think about it, if you were denied a prize payout of $8 million due to a malfunction, but were summarily offered $8,000 in resort vouchers as something of an apology, you would probably sing the praises of the casino.  Plus of course the casino/resort wouldn’t actually be losing any money. If it was all a scam, this is more likely the way it would play out. They certainly wouldn’t allow things to go to court, having the Supreme Court then get involved simply to avoid losing cash.

So the simple advice is this – gauge your expectations carefully when it comes to big wins. The simple fact of the matter is that no casino anywhere in the world can guarantee 100% flawless performance when it comes to any of their machines. You automatically agree to all terms and conditions laid out the very moment you set foot in the door. Which in turn means that you have no choice but to comply with what they say, regardless of what happens.

Just be sure to make the right choice in the first place when it comes to casinos and casino games alike – scare stories seem to be far more prevalent with some than others!