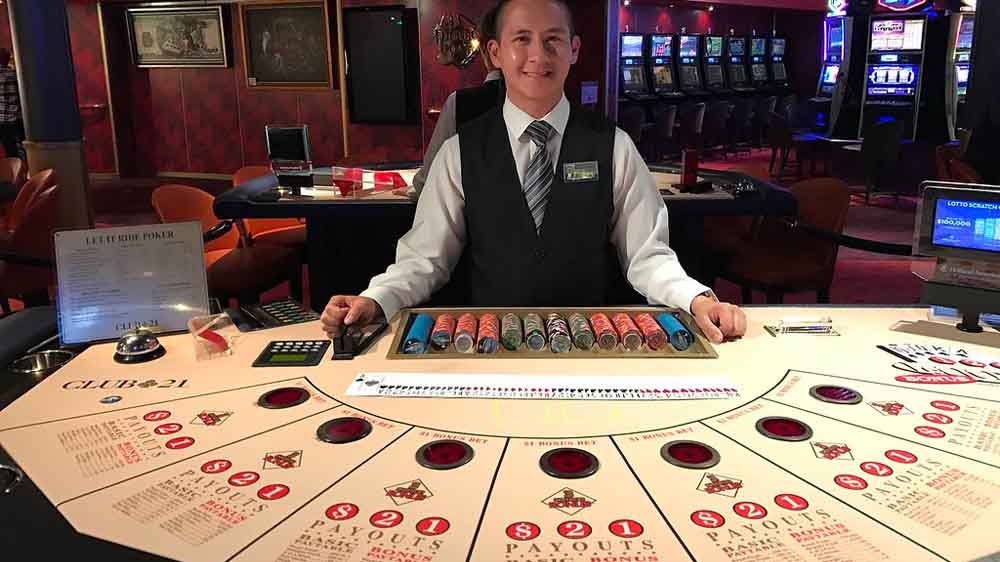 Online casino gaming is great, but there’s really nothing like the thrill of the traditional casino. Once you’ve experienced roulette in a hall packed with giddy gamblers, there’s no going back.

What’s also unique about the traditional casino experience is the interactions you’ll ‘enjoy’ with croupiers and hosts. We say ‘enjoy’ in the loose sense because not all casino staff can be counted on to enrich the experience.

Over time, you’ll encounter a whole bunch of different personalities along the way. Though the vast majority of dealers and hosts you’ll find at classic casino tables fall into one of the following six categories:

1 – The Seasoned and Proud Veteran
These are the folks that have been around for so long that there literally isn’t a single thing they do not know about the art of casino gaming. As an added bonus, they’re also more than willing to share their wisdom with others, due to the fact that they take such pride in their work.

What’s particularly great about these dealers is how you count on them for insights, information and entertainment, alongside an enjoyable and immersive experience. They’re also as kind to newcomers as they are accommodating to seasoned pros.

Some players deliberately track these folks down before and after their shifts to ask them questions they wouldn’t be able to answer while on duty. Suffice to say, this is just about as bad as poor casino etiquette gets!

2 ‒ The Overexcited Types
You’ll usually find that these are the younger members of staff at the casino, who most of the time will be relatively new to the whole thing. As a result, their excitement and enthusiasm for what they do manifests as somewhat hyper/frantic behaviour that can be a little overwhelming.

These are the folks to head for if you’re feeling relentlessly sociable and want to chat, laugh, shout and generally enjoy a high-energy experience. If you’re looking for something ultimately quieter and more reserved, they’re to be avoided at all costs.

It’s also worth noting at this point that the more interactive and enthusiastic the dealer is, the more likely they are to expect bigger tips. You’ll soon find their demeanour changes if they chat you up all night, only to be stiffed with a depressingly low tip at the end of it all.

3 ‒ The Slow and Steady Brigade
This is a comparatively rare breed of dealers, but one you’ll nonetheless encounter at some point. In contrast to the above, you’ll usually find that these folks are those that are more bored, jaded and disinterested in the whole experience than excited and motivated.

It could also simply be that they’re new to the whole thing and aren’t particularly confident, which can affect the pace of play. In any case, whether or not exceptionally sluggish gameplay is a bad thing is entirely a judgment call.

For some, taking things as slow as possible for a relaxing experience is the way to go. Likewise, slow gameplay also forces you to make the most of your bankroll – slowing the rate at which you burn through it.

By contrast, others are driven to the point of pure rage by dealers that aren’t super-slick and lightning-fast. Hence, it’s best to note the pace of gameplay before you take a seat.

4 ‒ The Apathetic and Expressionless Poker-Faced Dealer
These guys can prove quite entertaining without meaning to be. To be frank, these most often turn out to be the kinds of dealers who take themselves far too seriously. Despite the fact that they’re dealing cards or spinning a roulette wheel in a small backstreet casino in Swansea, they like to think they’re hosting billionaires in the heart of Monaco.

Subsequently, they spend the entire experience from start to finish with the ultimate poker-face plastered across their chops. Whether you win, lose or make the most ludicrous decisions imaginable, they’re every bit as expressionless as the guards at Buckingham Palace.

Even if you attempt to talk to them, you can expect a somewhat robotic responses with little to no show of emotion or interest whatsoever. They know what they’re talking about, they do a fantastic job and they’re the personification of professionalism – they’re just a little too serious about the whole thing.

Still, those more interested in the game itself than the personality of the host often find these dealers pretty much perfect.

5 ‒ The Bringer of Bad Luck
From a purely logical perspective, this kind of dealer doesn’t technically exist.  Casino games across the board are games of pure chance, meaning the dealer has no real say in what happens. Likewise, the dealer is not out to get you – just remember where his/her tips come from.

Nevertheless, it’s inevitable that you will eventually encounter a dealer who you genuinely believe is the ultimate bad omen. It could be that you’ve been striking it lucky all night, only for one specific dealer to reverse the whole thing in minutes. It could likewise be that there’s one specific dealer at your local casino who you always seem to have bad look against.

All of which is purely a case of coincidence, but is difficult to accept when things take a turn for the worse. Don’t be surprised if at some point along the way, you genuinely believe one or more dealers at the casino has put a curse on you!

6 ‒ The Party Pooper
Last up, conducting yourself with a certain amount of decorum when playing games in a casino is important. At the same time, so too is having fun. Precisely what this type of dealer seems to be hell bent on preventing.

Mercifully, they’re a much rarer breed than their counterparts outlined above. Though they do exist, continuously shushing, frowning and generally being the ultimate buzzkill for those at the table. Yet somehow expecting you’ll tip them generously at the end of the whole unpleasant experience.

Best advice – avoid miserable-looking dealers entirely and take a seat where the croupier is clearly capable of cracking a smile.