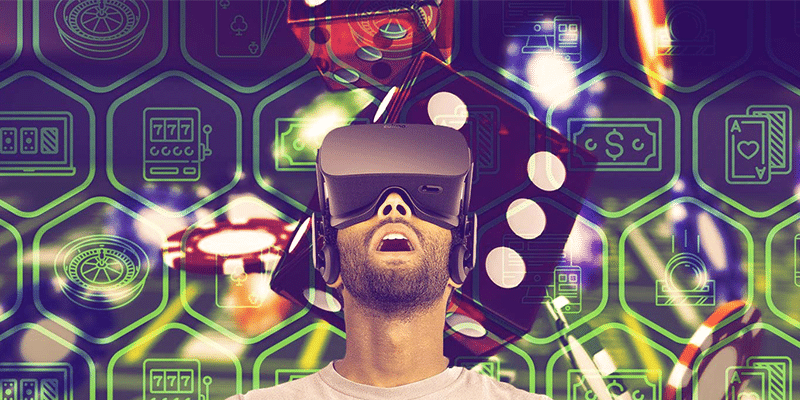 Today’s online gambling landscape is practically unrecognisable from that of just a few years ago. Technology continues to radically alter everything the world knows about online casino gaming. But what’s particularly interesting is how we’re really only just beginning to see the tip of the iceberg, with regard to what the sector is really capable of.

In terms of driving forces, there are numerous trends in both consumer technology and player preferences that are steering the sector in new and interesting directions.  There are already stirrings of several things we can expect to see much more of from the sector over the coming years, gradually making their mark on the online gaming landscape.

Specifically, these are the main technology trends that are expected to play a major role in the online casino sector over the years and decades to come:

A few decades back, mobile phones were touted as the future of communication. Truth is, no one could have imagined the impact it would have on almost every aspect of our lives. Fast forward to today, and we conduct almost everything using smartphones.

It’s not that mobile technology is anything new, but the way in which we have become dependent on mobile devices is quite remarkable. Particularly when it comes to entertainment, we rely on small connected devices to keep us busy. The online casino sector is becoming increasingly mobile-focused, prioritising players who prefer to play via mobile devices.

Hence, the huge surge in the availability of free no deposit casino promo codes in the UK exclusively for mobile customers. Going forwards, mobile is set to become an even more dominant force, as the preferred method of accessing the online gaming sector by most players.

Virtual Reality and Augmented Reality games have been doing their thing for some time, but have not yet reached mainstream status. This is simply to do with the fact that the technology required to enjoy VR and AR gaming has traditionally been prohibitively expensive.

Slowly but surely, VR and AR are becoming everyday household staples for millions. The technology is becoming cheaper, developers are creating more immersive games/apps than ever before and the whole thing is hitting its stride.

AR and VR hold uniquely huge potential for the online gaming scene, due to the immersive nature of casino gaming. Give it a few years and it will be perfectly possible to put on a VR headset and feel as if you’re actually in a crowded casino hall, rather than sitting on your own couch at home.

Live casino gaming is enjoying its day in the spotlight right now. But as far as most analysts and experts are concerned, it’s also set for a huge future at the heart of the sector.

This is basically where computer algorithms are replaced with real human beings, who host games in the same way they would in a traditional casino. Players are connected with the action via live streaming video technology, making for a much more engaging and interactive experience.

Again, it’s something that has become more popular on the back of rapid advances in consumer technology. Not to mention, the fact that super-fast Internet is now the everyday norm in the vast majority of households.

Nobody really knows what the future holds for Cryptocurrency. Some believe it’s only a matter of time before it practically replaces conventional cash outright.  Elsewhere, others are more concerned with the potential for Cryptocurrency in general to be outlawed, or at least heavily restricted in key markets worldwide.

Either way, the popularity of Cryptocurrency (and blockchain technology in general) is being leveraged by online casinos. Countless casinos are already accepting Cryptocurrency payments, with the various special deals and incentives on offer for those who gamble using Bitcoin, for example.

Whether or not it proves to be a temporary trend remains to be seen. But for the immediate future at least, Cryptocurrency will continue to be a big deal for online casinos and those frequenting them.

Safety and security have become top priorities for almost all (sensible) online gamblers. The threat posed by cyber criminals is at an all-time high, meaning players and providers need to do everything they can to keep things safe and secure.

Measures like facial recognition and fingerprint validation could play a key role in online casino safety over the coming years. Not to mention, the safety and security of all types of online payment processing.

Even today, there’s nothing more important than conducting background checks necessary to ensure you sign up with a safe and legit gambling site. Even the slightest gap in the security policy of a casino can have catastrophic consequences for the player.

Last up, there are those who can see a time in the future where traditional online slots take a back seat to an entirely new casino gaming category. Not to such an extent as to be replaced, but a major shift, nonetheless.

Research suggests that demand for skill-based games among new and existing online casino gamers is at an all-time high, and growing. This is where the chance-based aspect of online slot gaming is coupled with a skill-based element, giving the player every opportunity to tip the balance slightly in their favour.

It’s a concept with understandable appeal, giving those who master the game in question the opportunity to transform their skill and experience into potentially bigger prizes. Nevertheless, the logistics of bringing skill-based elements into predominantly chance-based games continue to prove elusive for the vast majority of developers.