How Have Sponsors Changed the Face of Poker?

These days, it’s difficult to imagine a time when big level corporate sponsorships simply didn’t happen in the poker community. There were certainly high stakes tournaments and plenty of action was taking place globally, but sponsorship wasn’t really a thing. However, just as soon as poker became the kind of thing tens of millions of people all over the world wanted to both watch and take part in, sponsors began throwing their hats into the ring.

As is the case with any sport, getting your name in front of gigantic and highly targeted audiences is a pretty big deal. Poker became more popular, viewer/player figures consistently accelerated every year and sponsorship somewhat took over. In fact, it reached such a point where those at the top of their game weren’t only gunning for the biggest prizes at the World Series of Poker and so on. Quite to the contrary, there were often multimillion-dollar sponsorship deals on the tables at Walworth even more than the top prizes.

The Poker Boom
Poker is still huge on a global basis, but it was nonetheless a few years back when it really hit its peak. At least, in terms of monumental growth and a sudden explosion in popularity. During this time, it wasn’t even a case of top tier players exclusively being given the opportunity to represent popular online poker sites, taking home serious financial compensation for their trouble. Instead, even those competing at a medium level were privy to sponsorship deals.

Which for a great many poker players became less of a bonus and more of a lifeline. The reason being that if you were to speak to any professional poker player who do what they do for a living, chances are the vast majority of them will tell you making a regular and reliable living from poker is extremely difficult. It’s all well and good when you’ve started hitting those six and seven figure jackpots, but in the years and decades running up to this, there’s a good chance you’ll earn precisely Jack. Or if not Jack, not a great deal.

As it stands today, poker sponsorship – particularly in terms of the biggest brands in the United States – has slowed down quite a lot. It’s still a big deal and will continue to be indefinitely, but things aren’t quite as ferocious as they were in years gone by. Which for the most part comes down to the fact that the biggest brands in the business simply don’t need to throw huge sums of cash at dozens, or even hundreds of mid-level poker players for televised events anymore. Poker as a whole has gone so mainstream globally that alternative approaches to marketing and reeling-in customers are bringing the big names a much better ROI. In fact, no less than 75% of the poker shows that were regularly on TV in the United States over the past decade are no longer running. 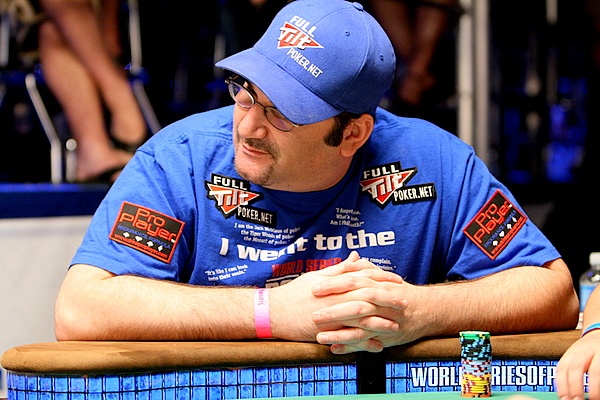 Things are so different these days in terms of poker sponsorship for the simple reason that poker itself has been transformed beyond recognition. Internet poker has changed the way the world looks at poker at all levels like never before. Even those with little to no experience can dive headfirst into any kind of action they crave, potentially going from betting pennies per hand to taking seats at million dollar tournaments in a matter of days. Given the fact that access to poker has become so easy and indeed affordable, it’s becoming less necessary for those playing at a professional level to seek and obtain sponsorship to fund their activities. Travel costs, general daily expenses and having to give up regular work to play poker – all largely eliminated by web poker.

Of course, being associated with the most successful poker players in the world can still work wonders for the reputation of any given poker brand. But rather than drawing up long-term sponsorship deals, the tendency these days seems to be striking one-off deals with those who hit the highest highs. For example, one tactic currently being used is that of paying one or more players who win a seat at the final table of the World Series of Poker somewhere in the region of $10,000, simply to wear a promotional patch for this one game alone. This is of course an enormous difference from the prior approach that would have involved sponsoring the player in question throughout the entire tournament, or perhaps even before their entry was confirmed.

In a sense, sponsors changed the face of poker initially by making it possible for those with superior talents yet inferior bankrolls to throw their hats into the ring and get a shot at glory. It wasn’t simply a case of those who already had massive stacks of available cash behind them who were able to dominate the scene. The difference these days being that with comprehensive access to poker at all times, the industry as a whole is so much more open than it used to be.

Obtaining Sponsorship
Of course, the fact that sponsorship still exists and is still worth hell of a lot of money to those who score the best deals means it is something not to be overlooked. Just as long as poker exists and remains popular, spectacular sums of money will be spent on advertising it and using famous faces to promote what’s on offer. Some prefer to use celebrities – often rather crudely – but for those who make a name for themselves in professional poker, there’s a huge treasure chest in potential sponsorship deals just waiting to be discovered.

Which begs the obvious question – how on earth can any real-life poker player land a sponsorship deal these days? Given the way in which there are literally tens of millions of players involved in online poker every day all over the world, is it even possible to stand out and grab the attention of sponsors?

It is, but it isn’t necessarily an easy job. 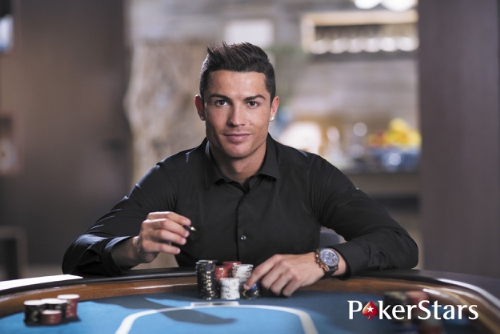 For example, it’s unlikely that you are going to curry favour with any specific poker brand if you do not demonstrate total loyalty. If you spread yourself thinly between any number of poker rooms, it’s not likely that any of their operators are going to pay you any real attention. Instead, it’s a case of getting well and truly stuck in with one particular brand, working your way to the highest possible to whatever VIP or loyalty systems they have and eventually reaping the rewards of doing so. The vast majority of big name poker sites reward their most loyal players – PokerStars and PKR being two prime examples. You may eventually find yourself at a point where you are being paid to play more, or offered rarer and unique opportunities to take part in special events.

Build a Following
Sponsorship is all about getting famous and influential figures to promote and advertise whatever it is the company is selling. As such, one of the best ways of standing out as a potential candidate for sponsorship is to already have something of a following behind you. It’s not a case of grinding manually until you become world famous, but instead developing your own personal ‘brand’ as the platform upon which to sell yourself. This was once borderline impossible, but these days is actually relatively easy – all thanks to social media. Build yourself a popular YouTube channel, a huge Twitter account, a blog, a website and so on, telling your story and bringing your fans and followers along for the ride. Just as soon as you have a decent following, you’d be surprised just who might be willing to pay or sponsor you to help them out.

Think Niche
This one can be extremely hard to nail, but nonetheless has huge value when and where successful. When you think about it, there are millions of poker players just like you all over the world. Same age, same back story – all quite generic. How to stand out? Well, it’s a case of identifying and building your own unique selling point. Or to put it another way, creating a character. Some poker legends are famous because they come across as halfwits and others attend million dollar tournaments looking as if they just slept on the streets. Others are wannabe rock stars, some are gamer-geeks and some are nothing short of mysterious…even scary. In all instances, most guys and girls would not get nearly as much attention if it wasn’t for their characters. You don’t want to become a joke, but you do for at least one reason have to stand out.

Think in Reverse
Last but not least, the key thing to remember at all times is that when it comes to seeking sponsorship, you need to think in reverse. Or to put it another way, stop thinking about how you can get sponsored, but instead focus on what you can offer a sponsor. It’s a little like applying for a job of any kind – you need to demonstrate how you can benefit them, rather than the other way around. Sure, it’s a cliché, but unless you can make it clear just how and to what extent potential sponsors could benefit by bringing you on-board, chances are they won’t even give you a second glance.