Card Counting: What Is It, Should You Try It? 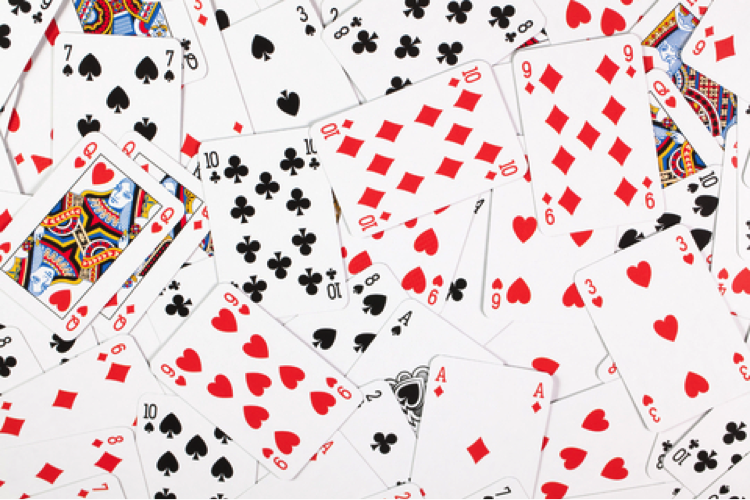 It’s a cardinal sin as far as casinos are concerned, yet unashamedly romanticised in movies and TV shows. But if you’re still largely in the dark as to what exactly card counting is, you’re definitely not in the minority.

The thing about running a casino is that for the most part, it’s a 100% risk-free venture. Given the fact that the house always has the edge, it really doesn’t matter how much money you return to customers who play their cards right. Whatever happens, you still end up taking way more money than you hand out and summarily build enormous profits. Nevertheless, when you step away from the roulette wheel and the dice of the craps table, there’s just one game where the gambler can actually steal the edge away from the house.

The game is blackjack – the required strategy is card counting.

While it’s true to say that blind luck will always play a big role in blackjack, it is nonetheless one of very few casino card games where strategy can indeed pay off. Learning how to count cards doesn’t fundamentally guarantee you will win, but it nonetheless significantly improves the likelihood of beating the house and avoiding losses.

Card counting is considered a theory (as opposed to a fact) because there are many who simply believe it does not work. During a standard game of blackjack that involves just one deck of cards, the house edge is statistically reset to zero. The reason being that if the cards are genuinely sure fold randomly, both the dealer and the gambler are in exactly the same position in terms of the way the cards are dealt and the game pans out.

Counting cards refers to a strategy whereby a gambler simply tracks and keeps count of specific cards as they appear throughout the game. The idea being that if you are successfully able to think about the cards that have already appeared, this can help you determine which remaining cards are more likely to be dealt subsequently. It may be just a tiny bit of additional information, but it can potentially be more than enough to tell you when you should be keeping your bets to absolute minimums and when you should be betting the farm…so to speak.

When boiling everything down to its core figures and statistics, card counting effectively allows the gambler to increase their own edge over the house to approximately 1%. Which doesn’t exactly sound promising or profitable, but just as is the case with the way casinos earn their own profits, slowly but surely working away with a 1% advantage means slowly but surely amassing near-guaranteed wins.

Assuming of course, you do it right.

While it all sounds relatively simple, actually doing it can be another thing entirely. First of all, there are various different card counting strategies which take very different approaches. Not only this, but actually keeping track of things as the action plays out tends to be much easier said than done. Which is precisely why only a select few people are able to master card counting, to such an extent that it becomes profitable.

Then of course comes the small matter of not getting caught. The thing to remember about card counting is that while it is in no way illegal or fraudulent, this isn’t the attitude adopted by most casinos. The simple fact of the matter is that as card counters generally represent the only people in any casino that can increase their own odds over those of the house, they also represent the only real risk to the establishment’s profits. As such, casinos tend to be extremely heavy-handed when it comes to card counters and won’t think twice about throwing them out, banning them for life and informing all other casinos in the area not to allow them to enter in the first place.

So, is there a way of counting cards and getting away with it?

Technically speaking, yes – it’s simply a case of not giving away what you’re doing.

There are certain signs that have a tendency to give away card counters at a single glance. These include those who clearly take blackjack a little too seriously, dressing for the occasion extravagantly, spending hour after hour at the blackjack table and coming across as overly confident. By contrast, those who look more like first-time tourists, react with delight and surprise each time they win and come across as more lucky than strategic tend to be the types that slip under the radar. The only problem being that card counting usually requires such a heavy amount of concentration that it is difficult to look casual and nonchalant.

As for whether it’s worth giving card counting a try, it’s entirely up to you. As mentioned already, there is absolutely nothing illegal about card counting and nor does it say anywhere in the rules of blackjack that these kinds of strategies and systems are not allowed. But at the same time, we can’t promise that you won’t be thrown out of the casino for trying. Not only this, but you are also more likely to fail than succeed, given how difficult it can be to master.