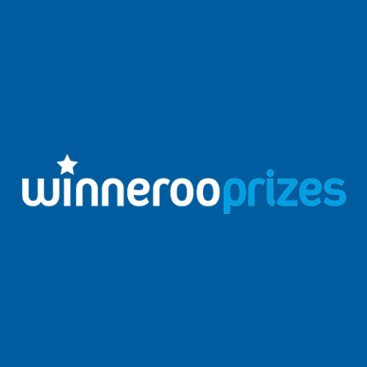 Once again, the Casino Papa team recently found itself scratching its collective head in befuddlement. Not that this is uncommon, but in this particular instance it was all for the most positive of reasons. The thing is, when any kind of online gaming site claims to be giving something away for free…well, chances are it isn’t! In almost every instance, anything being given away for free is subject to so many terms and conditions that it’s you who ends up out of pocket. As such, to hear of a site like Wineroo Prizes where literally everything is free, you can understand our scepticism. The question being – is Wineroo Prizes too good to be true, or a rare exception to a longstanding rule? Read on and Casino Papa will tell all!
Overview

Wineroo Prizes forms part of the wider Wineroo (unsurprisingly) collection of online gaming assets. Having originally been founded in 2014, pretty much everything on offer was revamped and relaunched in spectacular style during 2017. Along with the original Wineroo site which features a full casino and other games by the bucket-load, there’s now also Wineroo Prizes. The appeal of the latter being, hard as it is to believe, that literally everything on offer is 100% free of charge. The only money involved changes hands in the opposite direction.

Taking a look at the way things are put together over at Wineroo Prizes, the whole thing does come across a little like somebody’s back bedroom project. Not that this is a bad thing – just don’t expect to be blown away by any flashy visuals or anything too technical. It really is just about as simple as it gets and there isn’t a great deal of depth to the website in general.
Then again, everything’s free!
As for the games on offer, Wineroo Prizes describes itself as a ‘competition website’ which specialises in…well, you can probably figure that out for yourself! Head over to the main games page and you’ll find 15+ games that deliver exactly as Wineroo Prizes promises. That being, that every single one of these games is free to play, with points and cash prizes to play for. Given that there are several free scratch cards in there with real cash prizes, you now know why Wineroo Prizes made it to our list.
Not to mention, the fact that everything’s free!
On top of all this, Wineroo Prizes specialises in offering quick and easy access to a wide variety of competitions currently taking place across the country. At the time of our review, there were 18 competitions up and running, giving players the chance to win prizes from Apple, Starbucks, H&M, Uber, Amazon, Tesco and many more besides. It’s simply a case of clicking on the competition you want to enter, before following the instructions accordingly. New competitions are added to the list every week, meaning there’s always something to check back for.
Once again, all of this is offered 100% free of charge!
As if this wasn’t enough, Wineroo Prizes delivers just as superb an experience across mobile devices as it does via desktop. Which means that if you ever find yourself with a few minutes to spare, you can enter into competitions and play free games with real cash prizes available. The games themselves may not have a great deal of depth, but still – we are talking about games that don’t cost any money, though could see you’re walking away with something tasty.
Free of charge…did we mention this already?

Of course, given the specialist nature of Wineroo Prizes, you can’t exactly expect them to be sitting around 24 hours a day waiting for the phone to ring. Instead, customer service operates by way of email only, with representatives working from 9am to 5pm on weekdays only. Still, we put them to the test with a fair few challenging questions and can honestly say they excelled in every way.
These guys even make signing up an absolute doddle too – though you will need an active Facebook account to do so. And if you prefer your action a little spicier, you need only click on the ‘Cash Play’ tab at the top to check out everything else Wineroo has to offer.

We’re going to start sounding like a broken record soon – everything on offer at Wineroo Prizes is free! Which means that even if you don’t win anything or get anything particularly impressive out of the experience, you are also guaranteed not to lose anything, either!

Wineroo Prizes really is the first and only site of its kind we’ve come across where not a penny is needed at any time to take part in the action. While this may mean forgoing things like welcome bonuses and free spins, it nonetheless means the genuine possibility to win something for nothing. Which is, as you may already know, pretty much impossible elsewhere!

15 Kerching reviewVisit Website Read Review
We use cookies to ensure that we give you the best experience on our website. If you continue to use this site we will assume that you are happy with it.Ok
Agree Decline