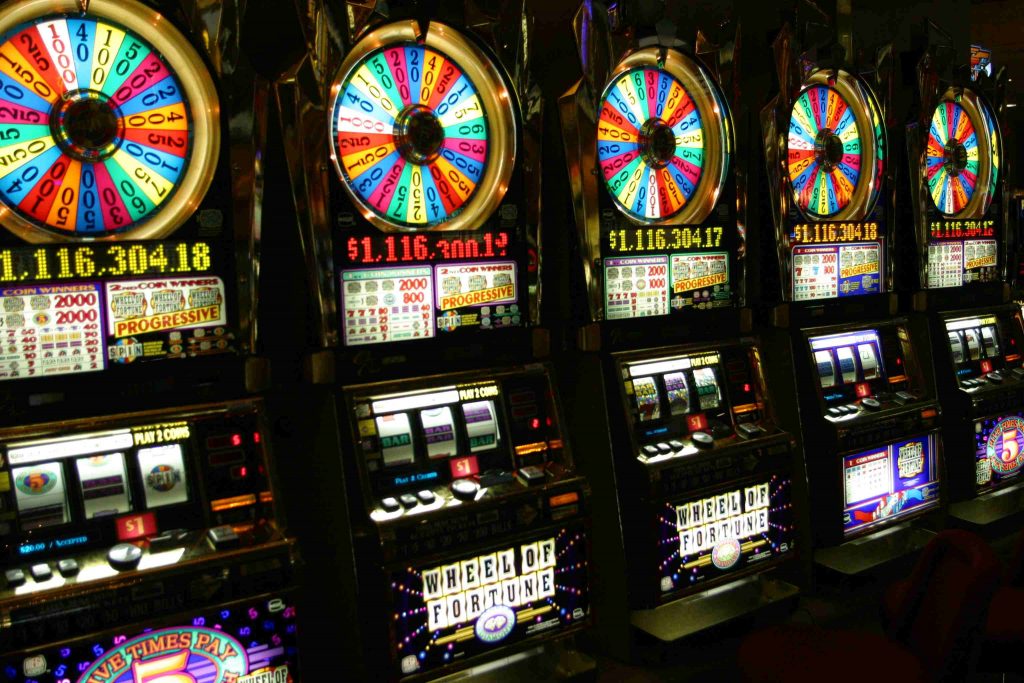 You’d be forgiven for thinking that sitting at a slot in a crowded casino, you can pretty much behave however you like.  After all, you’re the only one pumping money into the machine, so it’s not as if you stand to annoy anyone nearby…right?

Casino etiquette is not something that extends only to traditional table games.  It’s also something you need to be mindful of at the slots, for the sake of yourself and everyone else.

Truth is, there’s no shortage of people who rock up to casinos and act like they own the place.  And in doing so, immediately put the backs up of everyone in the vicinity.

Slot etiquette isn’t rocket science, and nor is any aspect of it going to spoil your fun. It’s they seek common courtesy, which isn’t too much to ask of anyone in a casino.

With this in mind, here’s a brief overview of six unspoken rules for appropriate slot etiquette in a casino environment:

Yes, you’re well within your rights to take a brief breather during an extended gambling session. In most casinos, leaning your stool against a slot indicates to other players that it’s busy, but that you’ve had gone to the bathroom or to grab a drink.

Not a problem, but take things too far with these breaks and you’ll feel the wrath of those waiting their turn. For example, head for a meal in the restaurant or spend an hour in the bar while keeping your machine ‘reserved’ is a big no-no.

Unless you plan on returning within 10 minutes at the very most, let someone else have their turn. Once it gets to the 15-minute mark, you’ve no cause for complaint if someone jumps on the slot and pushes you to the back of the queue.

You can moan and complain all you like, but chances are nobody (staff included) will take your side on this particular matter.

In a similar vein, it’s also good manners to be mindful of those waiting in line to get their turn. True, you go there first and there are no rules as to how long you can stay on any given slot. Even so, there is such a thing as hogging slot machines, which never goes down well.

The length of time you can courteously stay on a machine depends entirely on how many people are clearly wanting to play it. If it’s obvious there are several people in the area keeping an eye on you to see when you move off, it’s probably best not to sit there for the whole night. You don’t need to immediately run away through pure intimidation, but you do need to give others a chance to have a go.

As a general rule of thumb, if you get the feeling people are starting to get annoyed with how long you spent on the machine, you’ve probably spent too long on the machine.

On the flip side of the coin, everyone in the casino has the right to sit for as long as they like at any slot they like.  Irrespective of whether they hog your favourite game unfairly for hours on end, tough luck – there’s no rule to say they can’t.

Sadly, this drives some to subconsciously (or not) use irritation and intimidation tactics to get rid of slot hogs. They stand nearby and watch their every move, they throw them their best possible frown, they breathe down their necks, they tut, they sigh and so on.

If there’s one guaranteed way of switching roles and becoming the jackass when there’s a major slot hog, this is it. Just because they’ll hogging your game doesn’t mean they’re breaking the rules, and it certainly doesn’t give you the right to behave inappropriately.

If you thought sticking with casino slots made you exempt from tipping, think again.  Irrespective of the games you play when you head to a casino, you need to factor in tips of a respectable denomination.

When you’re handed a free drink or your server collects your order from the bar, tip them. If you take a seat in the restaurant or the bar for any period of time, tip those who look after you. And if you strike it lucky on the night with a big win, share the wealth and ensure everyone who’s been nice to you gets something in return.

Understandably, the dealers at the more conventional casino tables tend to take home the lion’s share of the tips. But it’s worth remembering that everyone else in the casino is working just as hard, and is just as deserving of a gratuity or two.

Nobody likes a know-it-all, and you’ll run into an endless supply of them in a casino. People who tell you what to do, point out what you’re doing wrong, or simply like to make it clear they (think) they know more than you.

This is the last kind of person you want to be around casino slots. If you’re not asked for advice, don’t give it.

It’s a recipe for disaster, as what then happens if the recipient of your words of wisdom loses? They blame you, and they forever see you as someone to avoid and ignore at all costs.

Last up, most casino slot etiquette tips are essentially about being respectful to other players.  Even so, it’s surprisingly easy for things to go south in a hurry, when emotions take over from rationality.

All of the usual rules apply as with any other casino game. If you find yourself on a losing streak, don’t blame the machine, or accuse the house of cheating.  Likewise, don’t shout, swear and generally descend into one big emotional mess, simply because you made a bunch of bad decisions.

The same is also true in reverse – don’t make a show of yourself after striking it lucky.  You may have pocketed a fair penny, but most other people around you could be staring at painful losses. There’s no place for smugness at the slots, or for rubbing it in the faces of those less fortunate than you.