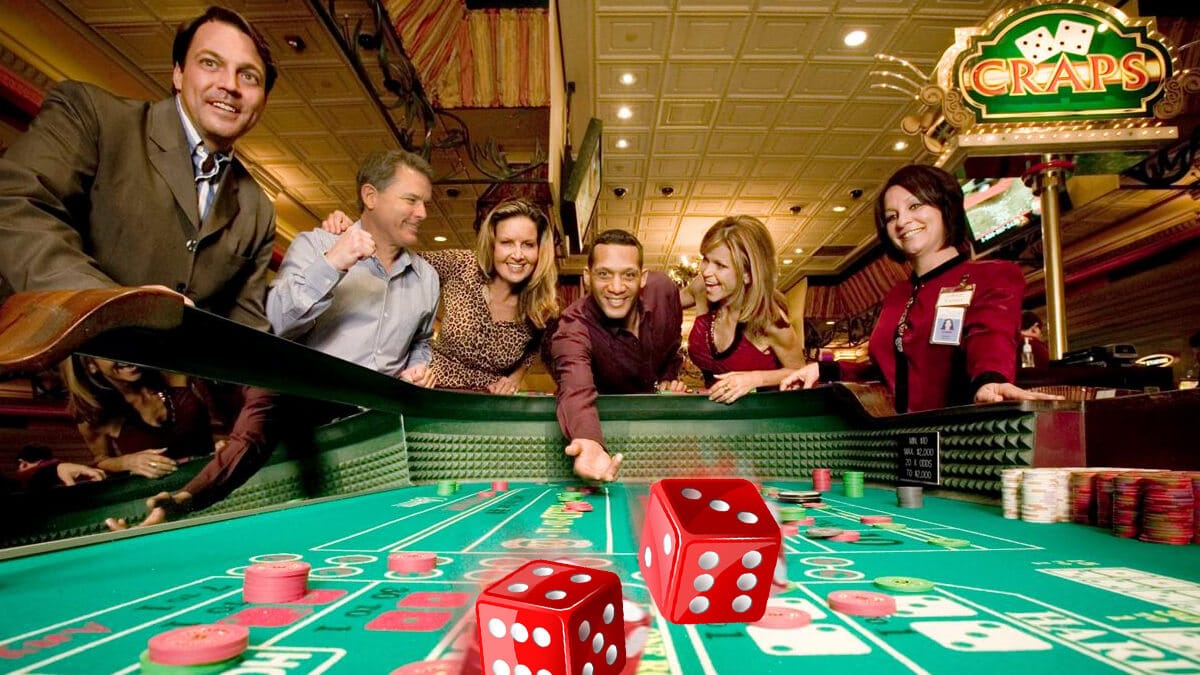 The classic casino game of craps is unique for a number of reasons. It also has a tendency to be fairly low on the lists of priority games to check out for newcomers. Perhaps something to do with the fact that the typical craps table experience can seem a little daunting at first.

But what’s nonetheless true in all instances is the way in which craps is completely addictive. Not in a negative way, but in the sense that you simply cannot get enough of it once you’ve got to grips with the basics.

Truth is, craps is a relatively simple game with one of the most modest learning curves in the casino. You don’t necessarily have to know everything about the game’s more complex side, in order to have a fantastic time at the table.

Still, a little knowledge always goes a long way with casino games in general. If you’re the type who takes craps seriously – or intends to do so – it’s good to tool-up on a little additional knowledge.

With this in mind, we thought we’d share a handful of interesting (and perhaps even useful) facts, figures and fascinating insights into what craps is all about:

1 – There Are 36 Possible Dice Combinations

Technically speaking, there are only 11 different outcomes (in terms of a numerical value) possible when rolling two dice. The lowest you can roll is 2 and the highest possible is 12. However, rolling two dice means a total of 36 different possible combinations of numbers.

Everybody knows that the house always wins, which means that if you play for long enough, you eventually lose. Or at least, that’s the way it plays out for the vast majority of people. With craps, the odds of hitting 7 several times in a row are relatively low. Nevertheless, one grandmother from New Jersey managed to tear up the book of probability by rolling 7 a whopping 154 times in a row.

Just in case you wondered, the odds of pulling off this particular feat were 1.56 trillion to 1. As for the cherry on the cake, the lucky punter stated after collecting her winnings that she was an outright newcomer and pretty much had no idea what she was doing at the time.

3 – There’s a Lot of Superstition at the Table

Blowing on the dice you’re about to roll is supposed to bring good luck at the craps table. If looking to step up your good fortune, you’re apparently supposed to have a beginner or inexperienced player – preferably a female – do so for you.  In addition, there are those who believe the secret to a run of luck at the craps table lies in throwing a penny underneath the table before applying.

Then there’s the superstition which states that the number 7 should never be spoken out loud.  Rather than calling it by name, they instead refer to 7 as ‘it’ or ‘devil’. Saying it out loud is apparently a bad omen, so don’t be surprised if you hear some weird and wonderful alternatives being shouted at the table.

Putting massive sums of money on the line for a single throw of the dice is not necessarily a sensible idea. That is, unless you already have bottomless pockets and can afford to lose the lot. Precisely what happened with a gentleman by the name of Archie Karas, over the course of a few months transformed his already amicable $17 million fortune into around $40 million.

He did so by placing sums of up to $100,000 on a single roll, which in a surprising number of instances worked in his favour. There’s a lot of money to be made at the craps table, but only if you’re in a position to risk losing it all and still walk away with a smile on your face.

5 – You Need Four People to Host a Game of Craps

Elsewhere in the casino, you’ll usually see just one skilled individual taking care of business at each of the various tables. With craps, it takes a full four employees to manage what’s going off at the time. Which goes some way to explain why you don’t turn to see quite as many craps tables in the average casino. They need to keep them as busy as possible at all times, as they’ve four staff to pay to keep the action going.

This is also one of the reasons why the craps table has a tendency to look the most chaotic of all the tables in a casino. When you’ve got four members of staff frantically trying to keep things moving with a bunch of overexcited players throwing themselves all over the place, it does tend to get a little wild.

6 – It’s Been Around for Some Time

Last up, craps is like most of today’s most popular casino table games in that it has actually been with us quite a while. That’s actually quite the understatement, as records suggest that the game was invented in the year 1125 by none other than Sir William of Tyre. It’s been known by a whole bunch of different names over the years, but the general mechanics involving the throwing of dice have remained relatively similar.

There are various theories regarding where it took its eventual name from, but it’s generally thought that it originates from the French word “crapaud” which meant “toad.” Those playing the early version of craps out in the streets apparently had a tendency to be hunched over on the pavements like toads, resulting in them being given this less-than desirable nickname.