Quickspin: An Introduction to This Dynamic New Software Provider

Over the past 6 years, online gamblers have been seriously spoiled for choice. Slot games that are not only highly entertaining, but also showcase innovative eye-popping and innovative graphics have been landing by the day.

While this may seem like a trend in the industry, the reality is that the majority of your favourite online slot gaming experiences were most likely developed and released by Quickspin Casinos.

But what is Quickspin and where did it come from?

Well, the company was founded in Sweden in 2012, when three online gamers who previously worked for NetEnd and Unibet joined forces. The idea was simple – to create new, entertaining gaming experiences that they would want to play.

Indeed, many online slot gurus predicted that they’d crack the top 3 within their first decade.

However, Playtech, the world’s largest online gaming software supplier, recognised the quality and popularity of Quickspin’s slots…and so acquired the company in 2016 for a staggering €50 million.

As a result, Quickspin has cemented its reputation as one of the most ground-breaking new producers of innovative, high quality slot games – an exceptional first few years for the “new kids on the block” by any standard.

One further feather in their cap that helps draw players is their reputation for fair gaming. Quickspin’s huge selection of flash casino games all guarantee a fixed RTP percentage, which is made possible by the Random Number Generator software that powers them.

This claim to fair gaming is bolstered by the fact that both the UK Gambling Commission and the Alderney Gambling Control Commission have licensed their games.

Who are Quickspin and what do they do?

The X-Factor that separates Quickspin Casinos from their competitors is their passion and desire to create video slots that deliver the perfect gaming experience.

The company slogan, ‘We Love Slots’, speaks volumes for the brand and those behind it. Their game-changing, self-proclaimed “awesome video slots” have not gone unrecognised among their industry peers and the company has received many prestigious awards over the years. This includes the innovation in RNG Casino Software title at the 2016 EGR B2B Awards, along with a Rising Star Award and Game of the Year for ‘Big Bad Wolf’.

What’s more, with their flexible platform having been designed to plug into existing online casino brands, their games are available to play (for free or for real money) at major casinos such as Thrills Casino, Guts Casino, Sir Jackpot, Mr Green and LeoVegas Casino.

Quickspin’s forward-thinking approach to online gaming has enabled them to make rapid progress into the industry. Providing a superior gaming experience attracts both new and veteran players and keeps them coming back for more.

With a focus on narrative adventure slots that employ simple, clear designs and play on well-known myths and folk tales, the result is a unique online gaming experience enhanced by big wins and bonus games.

Which new slots have proved the biggest hits?

Quickspin’s developers don’t like to rest on their laurels for long, so new releases are never far away.

Among those that were released so far in 2018, the most popular titles include the sensation that is Dwarfs Gone Wild, the stunningly beautiful Eastern Emeralds and the dangerous and mysterious Pirates’ Charm. 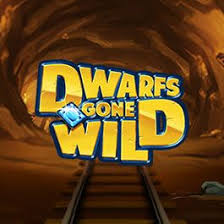 If anticipation levels weren’t high enough already, the front page of Quickspin Casino’s site includes a countdown clock that indicates when the next slot will be released. At the time of writing, there are just 12 days left until the next one drops!

What’s made their slots so successful?

Quickspin video slots have built their success by focusing on what online gamers really want. Their own passion and desire to produce the best experience motivates them. As the world changes around them, they have adapted to meet the needs and demands of gamers everywhere.

Accessibility also makes a huge difference. Most of Quickspin’s games have been updated to HTML 5 and Flash, meaning they’re now available on all mobile and desktops platforms including Android, iOS, Windows phones and tablets.

The shift from one device to another is therefore seamless and players can enjoy the same excellent experience, regardless of how they access the games.

The company also takes into consideration how technological changes could improve their past work. Quickspin often returns to old games to give them new lease of life, boosting them with the kind of technology that was not available to them when they first developed them.

What can we expect from Quickspin in the future?

The company announced that 12 slots would be released over the course of 2018. So far, 7 have been released, including, Eastern Emeralds, Joker Strike, Pirates’ Charm, Volcano Riches, Dwarfs Gone Wild, Northern Sky, and Pied Piper. It’s never long before the next new arrival is announced, so chances are we’ll be looking at plenty more before the year’s out.

These guys are also known for hosting any number of special events and competitions, which never fail to spice up the action. A tournament is currently underway with a pretty tasty jackpot up for grabs. A total prize pool of €70,000, including daily prize pots of €10,000 with €5,000 to whoever ends up in first place.

The tournament can be followed in real time, with progress and player standings tracked on a leader-board, building tension with each passing hour as players vie for the top prize.

Quickspin’s creativity knows no bounds and it would seem their love of online gaming is what gives them the edge. With a firm focus on enjoyment, Quickspin has become renowned worldwide for delivering what real gamers actually want. If they continue along the same trajectory, they’ll be looking at a position right at the top of the industry in no time at all!