Wizard’s Ring and Wild Beats Put to the Test 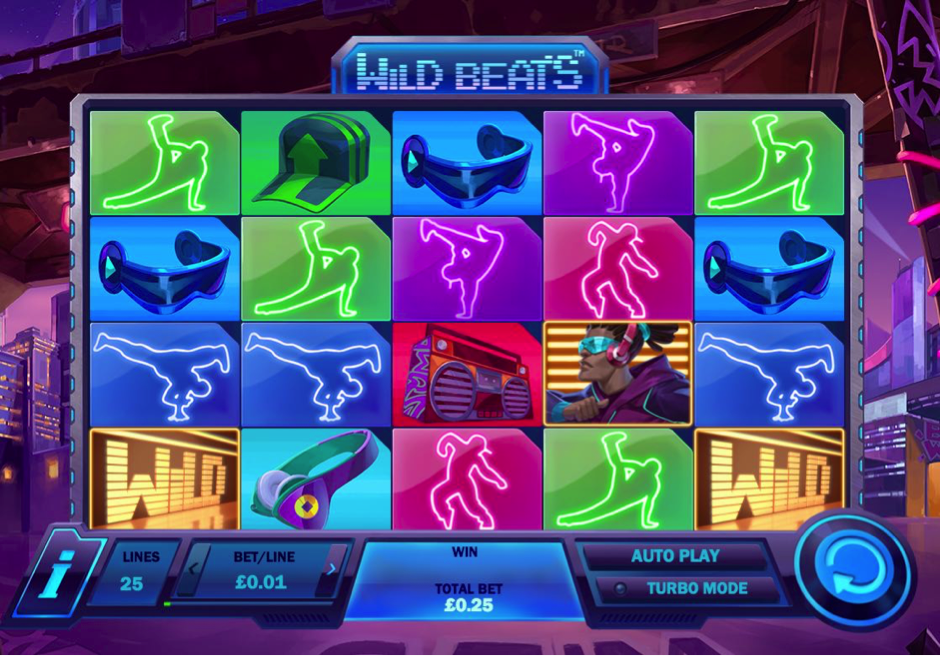 What’s the connection between the two slots under the microscope today? Quite simply, there isn’t one. Well, unless you count the fact that they’re both from top-shelf developers and have pretty strong followings. But with so many newcomers joining the mix right now, how do Wizard’s Ring and Wild Beats stack up by today’s standards? 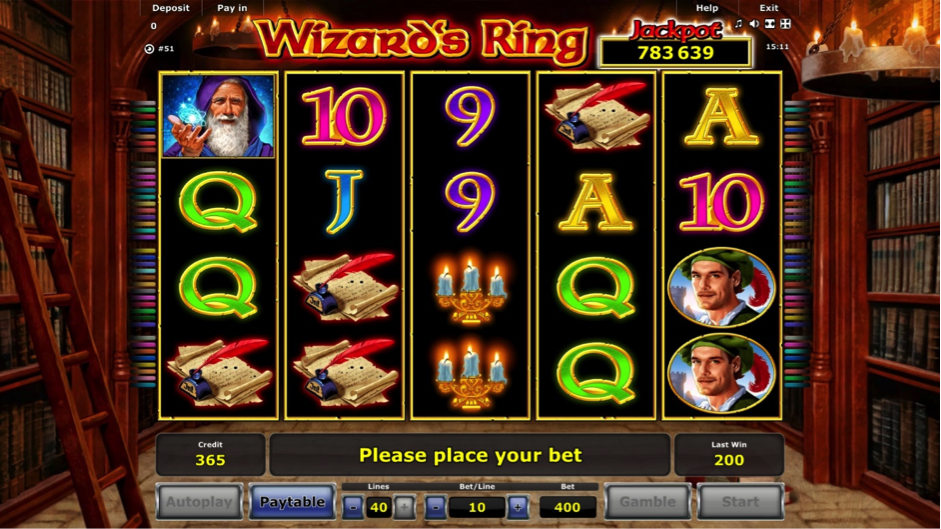 Ah yes, another slot based on wonderful wizardy themes and set in an enchanted library of sorts. But does Wizard’s Ring bring anything new to the table? Well, there’s the usual five-reel setup with 40 paylines to play for, with spins starting out at 40p and going as high as £80. It works a treat on desktop and mobile devices alike, has the pedigree of Novomatic behind it and promises the potential for plentiful payouts.

So, all off to a good start.

All the usual playing card values are present and correct, as are magical rings, hooded wizards, candles, quills and all sorts of magical bits and pieces. The magical ring doubles up at the wild symbol for the game – it’s also the most lucrative. Line up five on a winning payling and you’re looking at a prize worth 1,000 coins.

As for the scatter, you’ll need to land at least three of them in any position on the reels to access the free spins bonus round. In addition, you’ll also be paid an instant cash prize, in accordance with how many you landed at the same time. Three will see you pocket 3X your wager, four will reward you with a 30X multiplier and if you get five of them, you’re looking at a whopping 300X multiplier on your stake!

And that’s all before you get started with the free spins themselves, which you’ll be given to the tune of 15 to start with. But if you manage to get another three or more scatters during the bonus round, you’ll add another 15 to your tally for a total of 30. If the Wizard symbol makes an appearance, it’ll hold in place for one additional spin and take over all the symbols on the reel, aside from the scatter if present.

It’s also during the free spins bonus round that you’ll have the opportunity to play for the progressive jackpot. In order to do so, you’ll need to cover all of the five reels – as in every one of them – with Wizards symbols. That being, 20 standard or five expanding Wizards. The size of your stake will determine how big the price you receive is, though in all instances it’s guaranteed to be tasty enough!

What else? Not a great deal really, but to be honest Wizard’s Ring doesn’t really need a great deal more. It doesn’t do a lot, but what it does, it does very well indeed. Which is something you’ll probably understand if you’re familiar with Novomatic slots in general. Medium on the variance side of things, high-value prizes to win in the bonus round and one or two additions to make the base game a little more interesting. So while it might not bring anything brand new to the table, it’s still a great game that’s worthy of a few spins.

Next up, Wild Beats really couldn’t be more different in every way, shape and form. Well, aside from the fact that it’s a standard five-reel slot with 25 paylines and full desktop/mobile compatibility. Far from the realms of wizards and all things magical, Wild Beats has a hip-hop theme and is playable from 25p per spin up to a maximum of £10.

Take one look at Wild Beats and it’s hard not to be drawn in instantly. The reason being that it doesn’t look quite like any other slot out there. Bright, bold and funky in its design, they’ve done a good job of making this thing stand out from the crowd. Unsurprisingly, it has an equally funky soundtrack to accompany the action. Symbols include caps, boots, headphones and a stereo, not to mention a bunch of dancers showing off their moves.

The wild symbol takes the form of a wild symbol…no mysteries about that one! Along with taking the place of all other symbols in the game, it also offers the highest cash payout for landing five in a row. That being, an instant payout of 5,000 coins or 200X your bet. There are two additional wilds to look out for – the dancer wearing a hat and another dancer wearing headphones. These can likewise take the place of any other symbol in the game.

Aside from the inclusion of various wilds, there’s not a great deal to be said about the base game. It looks great, sounds great and serves up a solid slice of fun, but there’s not a huge amount of depth to it. Instead, those who play Wild Beats play it exclusively for its Dance it out feature. To access the feature, you’ll first need to land the two special dancer wilds on the second and fourth reels, which results in lower value symbols on reel three being transformed into wilds. If you’re lucky enough to land a fully wild reel on the second and fourth reel, the whole third reel also becomes wild.

Surprisingly, that’s just about as far as things go with Wild Beats. We say surprisingly because with its looks, basic features and overall playability, it’s well on its way to being a serious top-shelf contender. But just when you think you’re about to discover its next feature, you realise there’s only one to discover. On the plus side, all these wilds do at least make the gameplay as a whole very enjoyable. But at the same time, it lacks long-term playability as there’s zero depth beyond the Dance it Out feature.

And variance comes at mid-level, just in case you wondered!