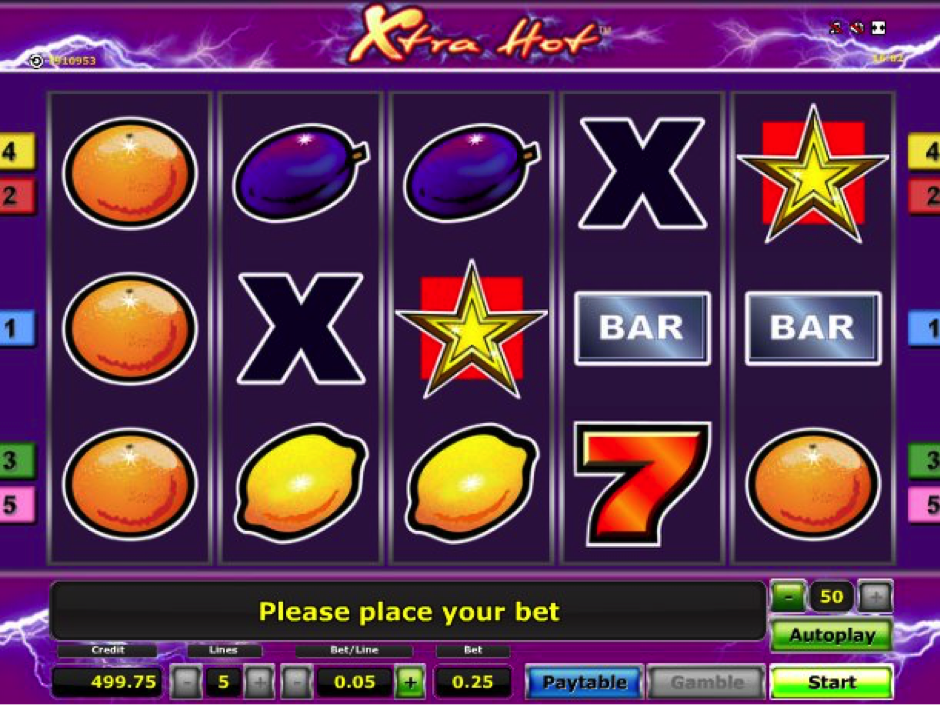 It’s IGT versus Novomatic in today’s summer slots showdown – Texas Tea taking on Xtra Hot for the title. Well, maybe not for the title as such, but for the honour of being our own top pick of the day! So if you’ve been looking for a great slot experience to kill a few hours, we’re pretty sure you’ll be glad you checked out either (or both) of these fellas: 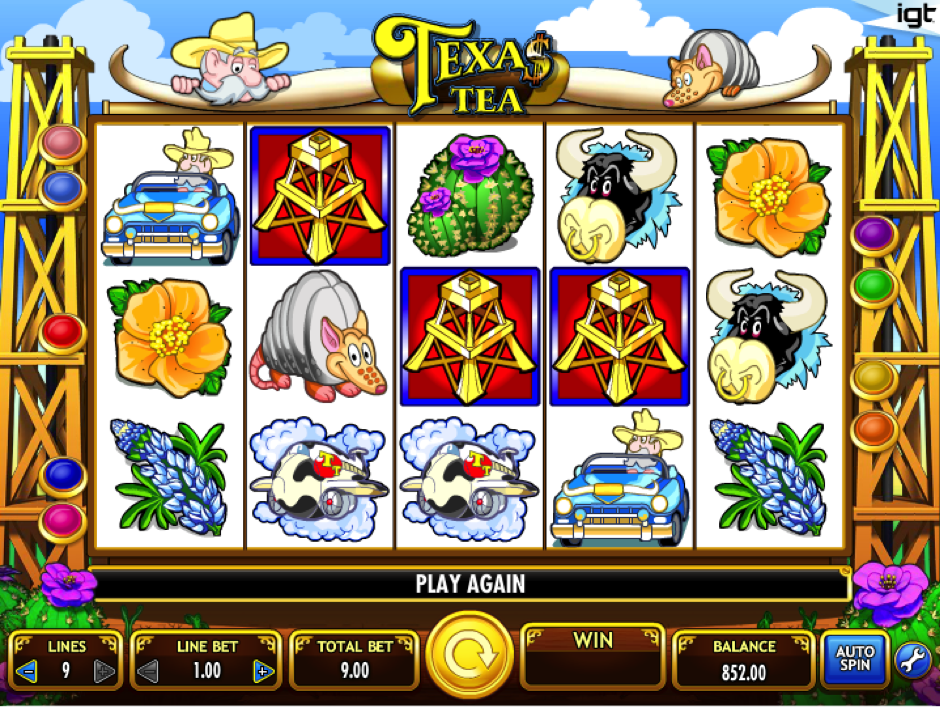 First up, Texas Tea is the kind of slot that proves just how much stereotyping is alive and well in this particular industry. Not that this is necessarily a bad thing – getting rid of it entirely would mean getting rid of about 90% of highly entertaining slots! In this instance, Texas Tea will probably look familiar to anyone who likes to think they’re something of an aficionado. The reason being that Texas Tea is a popular real-life slot, which was more recently given a digital makeover. And in doing so, the graphics and game play in general have been taken to a much higher level.

The action follows Texas Ted – your colourful companion in your quest to strike oil and strike it rich in doing so. There are five reels and a relatively modest nine paylines to play for, with spins that start out from just 45p each. It’s a relatively simple affair on the whole, but there are nonetheless a couple of interesting bonus features to play for.

During the base game, it’s the comparatively low variance nature of Texas Tea that keeps it entertaining. Not a great deal happens in terms of special features and attributes, but you typically aren’t waiting long for wins to come your way. Likewise, it’s also comparatively easy to make your way over into the bonus rounds.

The first of which being the Oil Dividend Bonus feature, for which you will need to land at least three scatter symbols which bear the likeness of Texas Ted himself. It’s not a particularly exciting bonus in terms of action, but nonetheless guarantees a pretty generous cash prize. If you land three scatter symbols, you will be rewarded with a multiplier of anything from 3X to 25X. Four scatters ups the ante to anything from 8X to 50X, while five scatters could see you taking home as much as 100X your wager.

After this there’s the Big Oil Bonus feature, which likewise can be triggered by landing at least three bonus symbols at the same time. This will give you the opportunity to see if you’ve got what it takes to pump pressured oil out of the ground, selecting various Texan locations to win generous cash prizes accordingly. In addition, the number of bonus symbols that took you into the feature in the first place will determine the size of the price you could win. The maximum prize available being 945 coins.

Which is where the action comes to an end with Texas Tea, which is undeniably old-school in every way. On one hand, you could argue that both the average and maximum prizes paid out are not what you could call life-changing in size. Nevertheless, the fact that prizes are paid out on a relatively regular basis more than makes up for their somewhat modest value.

Next up, Novomatic once again decided to go with a classic fruit machine theme with their Xtra Hot slot. At first glance, you don’t exactly get the impression that there is anything particularly special about it. Cherries, plums, oranges, lemons and so on, presented simply and with very little flair whatsoever. What’s more, there are five reels, three rows and just five paylines to play for. So really, it’s no different than the simplest slots that have been doing the rounds for generations. Well, apart from the fact that spins start from as little as 5p each while the maximum jackpot available is a life changing £100,000!

During normal play, it’s the number 7 that has the potential to pay out the most lucrative prizes of all. Incredibly, line up five in a row on a winning payline and you will immediately win 1,000X your wager. Which could be particularly appealing, if your wager happened to be the maximum £100 spin value! There are also prizes worth up to 200X your wager available by landing five bar symbols at the same time, on any winning payline.

The scatter symbol appears in the form of the classic star and can be used to help create winning combinations, wherever it lands on the reels. In addition, every star results in a multiplier being added to the value of your winning combination – more scatters at the same time meaning bigger multipliers and more generous prizes.

Something else that spices up the action with Xtra Hot is the way in which it is possible to win cash prizes with just two identical symbols in a row on any winning payline. And as would be expected from Novomatic, there’s also the usual ‘gamble’ facility available after every win, giving you the chance to double your prize, or lose every penny if lady luck isn’t on your side!

Quite the opposite of its counterpart above, Xtra Hot is extremely high in terms of volatility and therefore means dry spells are somewhat inevitable. What’s more, there will always be those who find this somewhat stripped back approach to game design a little on the uninspiring side. Nevertheless, all such complaints immediately go out of the window when you find yourself staring an undeniably generous cash prize in the face. Which might not come as a guarantee, but is definitely a tempting enough prospect to give Xtra Hot a few spins at least!