The Stuff of Legends? Two Top New Titles Put to the Test 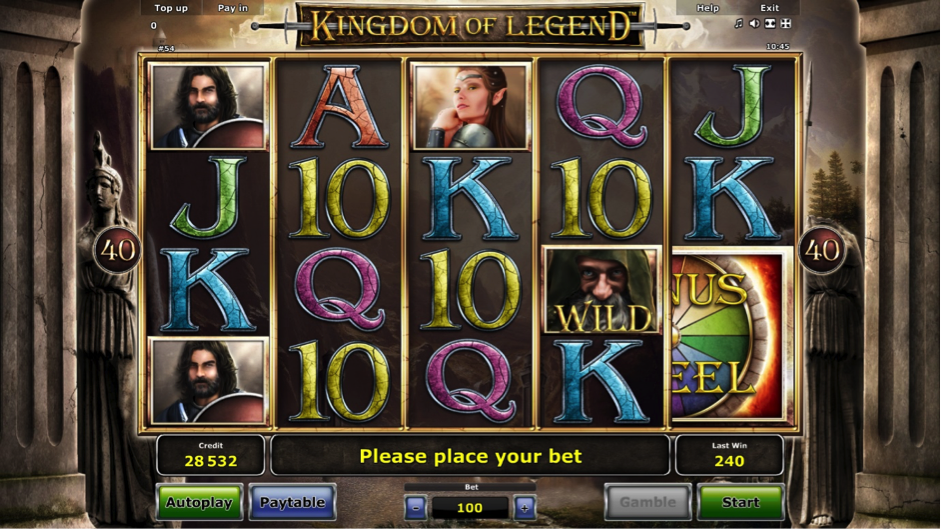 It’s been another busy and interesting week in the world of online slot releases, with some of the biggest names in the business having unleashed all-new entries of their own. Two of which being the elaborately entitled The Legend of Shangri-La Cluster Pays and Kingdom of Legend. Having put both well and truly through their paces, it has to be said that both NetEnt and Novomatic have once again come up with the goods in a big way!

The Legend of Shangri-La Cluster Pays 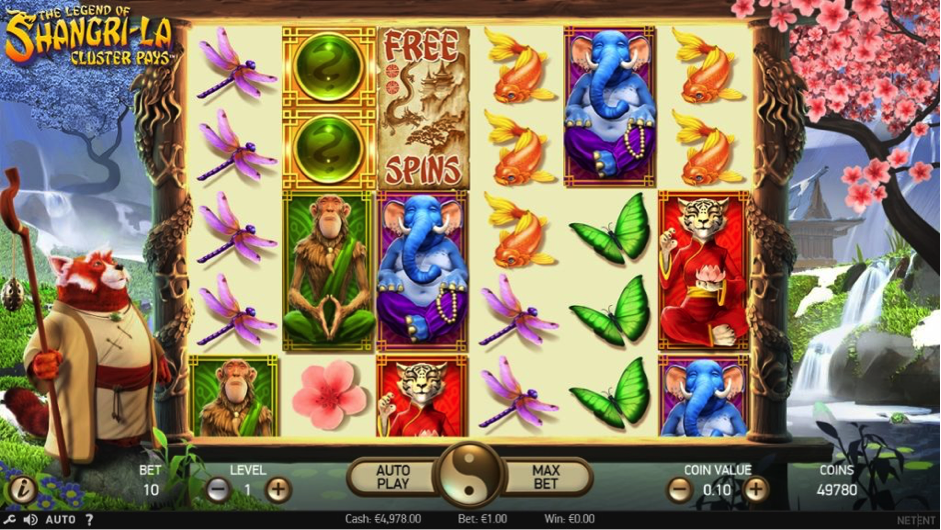 First up, The Legend of Shangri-La Cluster Pays isn’t your average slot as it features six reels, six rows and the always-popular Cluster Pays engine. Spins are available from 10p up to a maximum of £200, there are plenty of bonus features to play for and the action takes place across mobile and desktop devices alike.

The overall theme is slightly on the weird and wonderful side. Elaborate fantastical fiction at its best as you embark on something of a quest for enlightenment. Not to mention, the potential to take home some sizeable cash prizes along the way. Symbols in-play include three rather strange looking animal gurus, alongside flowers, butterflies, dragonflies, koi carp and so on. During normal play, the feline guru is the most lucrative symbol of all and will see you taking home 1,000X your bet, if lucky enough to land 30 at the same time. As usual, it’s a case of grouping at least nine identical symbols together in order to win a prize.

One pretty fantastic addition to The Legend of Shangri-La Cluster Pays is a new random substitutions function. Which basically means that if you end up with two clusters of four in the same symbol on the screen at the same time, an additional symbol will be added to give the nine required to take home a prize. Something that definitely helps spice things up during normal play. In addition, when two clusters land at the same time though don’t pay a prize, they’ll stay where they are and the rest of the symbols spin once again – vastly increasing the likelihood of picking up a prize.

All highly enjoyable to say the least, but it has to be said that the free spins bonus round is where the real action is with The Legend of Shangri-La Cluster Pays. In order to enter the round in the first place, you’ll first need to land at least three of the relevant symbols at the same time. Depending on how many you land, you can win anything from five to eight free spins. Perhaps not the most generous, but you do also benefit from random additional substitution symbols with each spin. Plus if you don’t take home a prize worth at least 10X your bet, you’ll be given an additional free spin for one last shot at a decent prize.

To be honest, pretty much any well developed slot that operates using the Cluster Pays system is a winner in our book. Regardless of whether the theme is one you are particularly interested in, it’s hard not to be hooked once those clusters start falling into place. With The Legend of Shangri-La Cluster Pays, you’re looking at the total package of game play, premium presentation and the chance to take home enormous prizes with every spin. And with variance somewhere around the middle, it will no doubt cater to the tastes and playing styles of most gamers.

Next up, Kingdom of Legend comes from the folks at Novomatic and offers a more conventional online slot experience. This time around, spins start from 40p each and go to a maximum of £100, with five reels and 40 standard paylines to play for. The idea being that you step into the shoes of the usual brave and bold hero, in order to fight your way to the kinds of treasures that have been buried away for far too long.

To say that Kingdom of Legend takes a leaf or two from the book of the Lord of the Rings would be something of an understatement. The long and short of it therefore being that if you are into that kind of thing, you are going to be in your element with this one. Along with the usual playing card values, there are plenty of weird and wonderful fantasy characters helping steer the show. Once again – all of whom look somewhat familiar to say the least.

Bonus features come thick and fast with Kingdom of Legend – starting off with the Orc Bonus feature that can kick in at any time on a random basis. When you fail to land a winning combination, a Orc may suddenly appear on screen and either send you directly over to the bonus wheel feature, or pay you a prize worth up to 500X your bet.

Last but not least, the free games bonus round serves up a relatively modest 10 free spins to play with. However, this is improved considerably by the fact that all wilds become lightning wilds for the duration of the round. Which basically means that each time they land, they transform the symbols on either side of them into wilds as an added bonus.

So as you can see, there’s plenty of depth to Kingdom of Legend and tons of entertainment value. Variance comes out a little on the high side, meaning you have to expect to deal with dry spells from time to time. Nevertheless, if you have the patience and the bankroll management skills to cope, chances are you’ll get a real kick out of this marvellous mystical world.