Has eSports Attracted Similar Levels of Popularity to the Traditional Side of the Betting Industry? 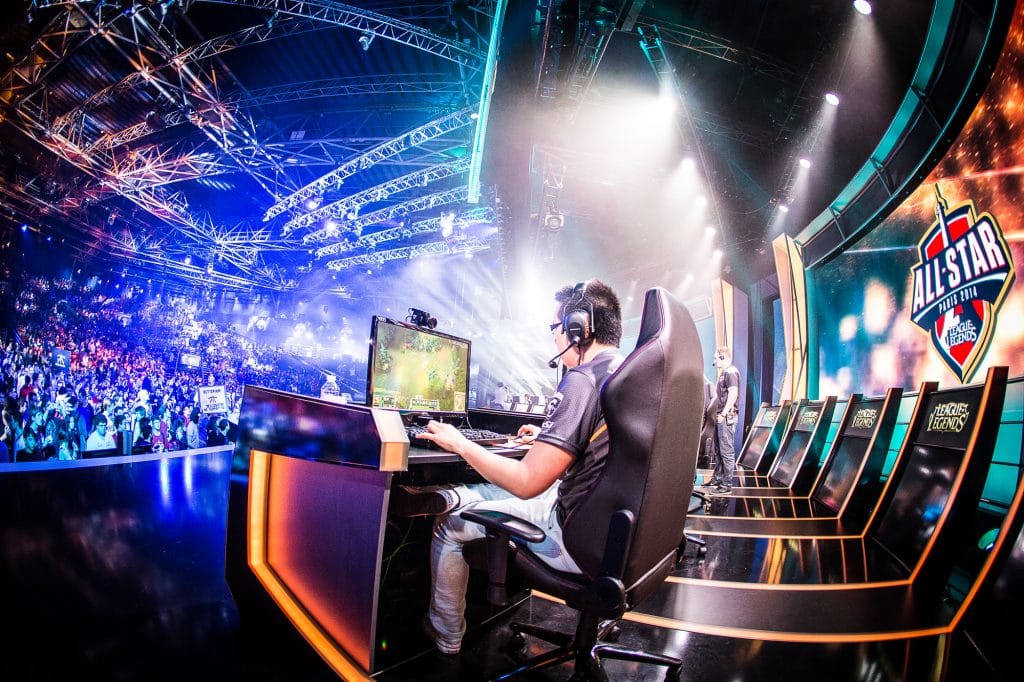 If you’re not already a fully-fledged member of the eSports movement, you’re probably aware of its existence. But what you might not be aware of is the speed at which eSports is gaining traction as a new candidate of the gambling industry in its own right.

Having emerged from relatively humble origins just a few years or so ago, eSports has evolved into an enormous global market valued in excess of $1 billion annually. People of all ages and from all backgrounds are taking home massive cash prizes and prestigious accolades, as the popularity of eSports intensifies in key markets worldwide.

Impressive progress to date, but it’s the extraordinary future eSports has ahead of it that’s the most impressive of all. It’s already thriving and attracting a huge audience from dozens of major gaming markets, though chances are we’re only seeing the start of what’s to come for eSports.

All of which begs the question – how has the eSports market been able to attract similar levels of popularity to traditional aspects of the betting industry?

An Alternative Approach with a Sports Betting-Inspired Format

Crucially, one of the main reasons that eSports have been able to establish itself as a popular element of the global betting industry is because of its inherent similarities to real-time sporting events. Moreover, due to the sign-up-free nature of Twitch, prospective viewers can now conveniently enjoy top-level gaming.

The simple fact of the matter being that when there’s something (anything) that’s fun to place a wager on, it’s going to attract a pretty sizable audience. eSports combines everything that’s great about traditional gambling with the appeal of 21st century video gaming, resulting in something that attracts punters from a wide variety of backgrounds.

Businesses are also acknowledging and embracing the potential for eSports to enable them to branch out into entirely new areas. As such, numerous review platforms that specialise in eSports betting have come to the forefront in recent times, such as, Winners.net, for example, who provide a gateway into the market’s best eSports betting websites, in addition to the latest bonuses and reviews.

Furthermore, despite the distinct differences regarding eSports and traditional sports betting, the routes to betting regarding format are somewhat similar. Their connection is perhaps most evident through the integration of granular betting markets. For example, football betting markets allow for bets to be placed on singular variables, such as the first goal scorer. This is also the case with eSports, as, with Counter-Strike: Global Offensive, prospective bettors can browse similar markets, such as the player with the first kill.

Hence, there’s a familiarity to the whole thing that makes it comprehensively accessible for those who already know what ‘conventional’ gambling looks like.

At the time of writing, according to a study by Statista, the global market revenue of the eSports market is set to reach new, unprecedented heights in 2022, with a value of $1.79 billion being predicted. Although, in terms of generated revenue, this is significantly less than the gambling market’s total worth, which is set to reach $565 billion over the next few years, showcasing how far competitive gaming has come in such a short period of time.

Fundamentally, the rise of eSports has paralleled the developing nature of popular video-sharing platforms, such as Twitch and YouTube, throughout the last two decades. While the sector’s origins can be traced back to the early 1970s, eSports, as a betting market, have been able to broaden their appeal through their long-term relationship with Twitch, the world’s leading live streaming platform for gamers.

Much like how online casinos have proved advantageous to the global betting industry, Twitch has been central to the growing attraction of competitive gaming. Back in 2018, the platform had a viewership total of 15 million users per day, with, as per Gamma Law, the site hosting an average of 953,000 concurrent viewers between the second quarter of 2017 and the first quarter of 2018.

Again, accessibility and familiarity have played perhaps the biggest role in bringing eSports to the forefront of the global gambling industry over recent years. They’re also the reasons why eSports is largely guaranteed a successful future indefinitely.

But aside from the fact that eSports betting bears many similarities to traditional betting, what other factors have made it the gambling sub-sector to watch over the coming years?

Among others, the following points of appeal make eSports a uniquely promising and popular prospect going forwards:

1) It’s accessible for all ages

First up, the fact that anyone of any age wishing to do so can take part in eSports makes it a totally unique phenomenon. Irrespective of whether you’re aged 8 or 80, you could be an absolute master with any number of video games.  For the first time, there really is no such thing as being too young or too old to take part in competitive sporting events.

By this, we mean the fact that not only is eSports popular worldwide, but eSports can be viewed, betted on and even taken part in from any location in the world on a 24/7 basis in real-time. It’s also comparatively cheap and easy to organise major eSports events, as it’s not as if you need a physical stadium or arena – or even a great deal of equipment.

3) It’s an open platform for experimentation

Last up, a handful of major titles (such as CoD) have so far dominated the world of eSports. Going forwards, there are technically no limitations whatsoever to the kinds of games that could be brought in to create new and exciting eSports events. All of which completely eliminate discrimination from the equation, allowing people of all ages from all backgrounds and with all ability levels to take part.

By combining everything that’s great about sports betting with the widespread appeal of 21st century video gaming, eSports is assured an exceptionally bright and prosperous future.

Hence, if there’s a game you’re confident you could beat pretty much anyone in the world at, now could be the time to find out!