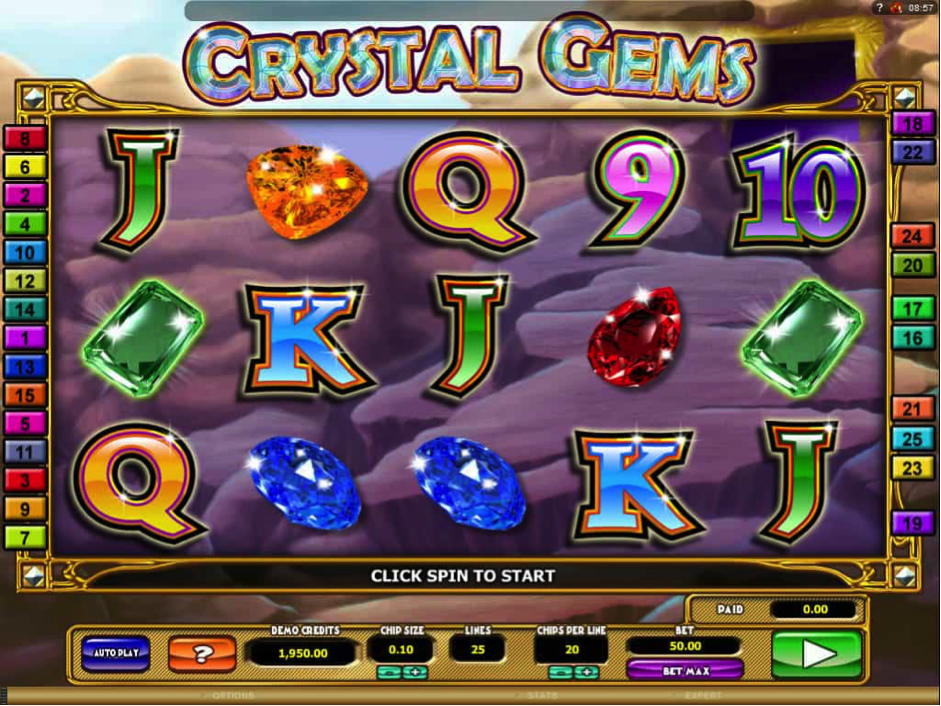 For a fair few years now, Starburst has been shining brightly as the world’s number-one sparkly-slot experience. Nevertheless, it’s far from the only online slot with a theme set around gems and all-things glittery. In fact, there are dozens of them out there! Which is why in this instance, we thought we’d take a look at two examples that often play second fiddle to Starburst. And if you ask us, both Crystal Gems and Crystal Clear are BOTH more than worthy of a few spins at least! 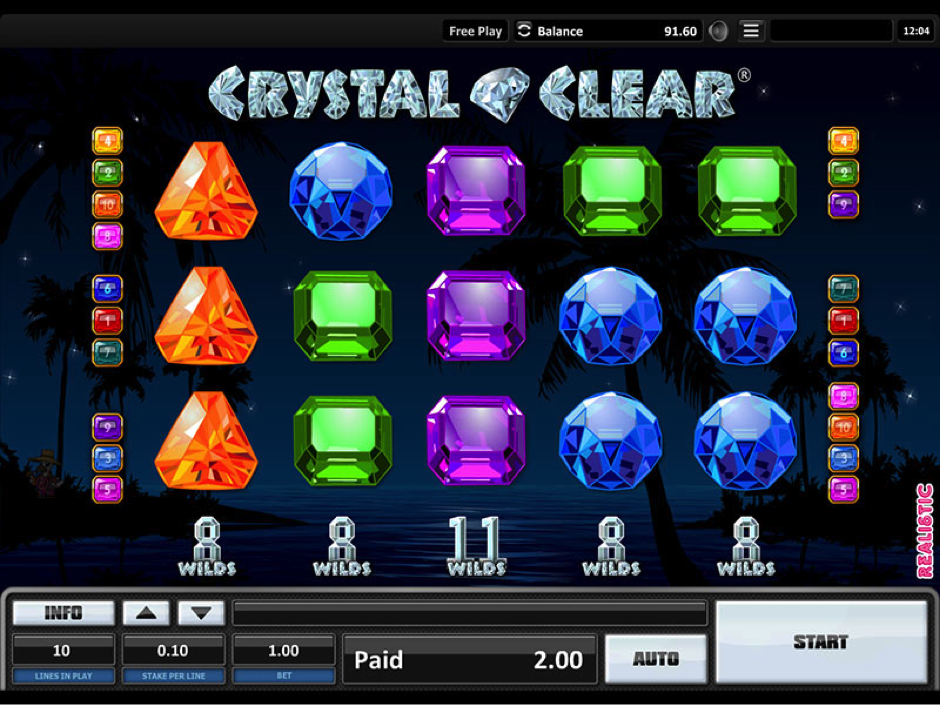 First up, Crystal Clear is an extremely attractive slot that delivers exactly as it promises. Simplicity is the name of the game from start to finish, with Realistic Games having served up five reels, 10 paylines and a fantastic mobile and desktop experience alike. Spins start out from just 10p and go as high as £100, making it pretty great for gamers at all levels.

Somehow, Crystal Clear really stands out from the crowd with its clean, crisp and sharp visuals. Rather than attempting to reinvent the wheel or create some kind of OTT setting, it’s all beautifully simple yet highly effective. With a few palm trees in the background, symbols include gemstones in a variety of colours. The most lucrative being the red and blue gemstones, which are worth a modest 32-coin payout for landing five in a row.

That said, there’s also a white diamond in play, which serves as the wild and can be used to take the place of any other symbol in the game. In addition, five of these in a row will see you taking home a whopping 1,000X your wager. In fact, line up just three of them and you are looking at an instant 8X multiplier.

Underneath each reel you’ll see exactly how many wilds are doing their business on the respective reel during the current spin. A minimum of eight wilds are added to the reels with each spin, though many more can be added as you go. Each time you form a winning combination, all the symbols within the combination that aren’t already wilds transform into additional wilds. When this happens, you will instantly be provided with one additional free spin with the new wilds in play. This cycle can continue happening indefinitely, with more wilds increasing the likelihood of more wins and so on. Once it starts, it might not stop for quite some time!

And even when it does, you still keep the usual eight wilds on every reel to play with during the base game. As far as the biggest possible payout is concerned, if you manage to fill every reel with wilds during this free spin feature, you could be looking at a 1,000X multiplier or a generous 10,000 coins!

And that’s about the size of it as far as Crystal Clear is concerned. As already mentioned, it’s the kind of slot that’s guaranteed to appeal to those who value simplicity and pure enjoyment above complex features and extras. Technically speaking, it only has one bonus feature – a feature which enhances the base game enormously. There’s no immersive storyline, volatility comes in at the mid-level and most of the prizes during the base game are modest to say the least.

Nevertheless, there’s something undeniably hypnotic about Crystal Clear that keeps you coming back for more, time and time again.

Next up, Crystal Gems is one of comparatively few slots to find itself under our microscope from the folks are over at 2 By 2 Gaming. Nevertheless, we’re never the types to write off or even underestimate a lesser-known developer, simply for being less of a household name than the industry leaders. Crystal Gems has five reels, 25 paylines and the same kind of jewel-encrusted theme as its counterpart above. Spins start from 25p and go up to a maximum of £50, and we found no problems running the game on desktop and mobile devices alike.

Rather than living the high life on a tropical beach, Crystal Gems is more about digging deep for buried treasures. Quite literally, in fact – the backdrop is one of a jewel mine of sorts. The visuals might not be quite as sharp as those of Crystal Clear, but it’s still extremely well presented and a pleasure to work with. Along with a series of multicoloured gemstones, there are the usual playing card values in a variety of colours. Landing three, four or five blue, red or orange gemstones in a row will see you walking away with an instant prize worth 15, 40 or 200X your wager.

However, there’s also a green emerald in-play that’s considerably more valuable – paying prizes worth 20, 75 and 300X your line bet accordingly. But if you’re still not satisfied, the diamond ups the ante even further with multipliers of 20, 80 and 400X your bet for three, four or five in a row.

Impressive enough, but then comes the wild symbol that can take the place of any other symbol in the game, with the exception of the scatter. For five in a row, you’ll be walking away with a prize worth a whopping 2,000X your wager!

As for bonus features, the Crystal Mystery Bonus feature can be triggered randomly at any time and gives players the opportunity to select one of the crystals on screen. This will reveal a random cash prize which is instantly paid out, after which the feature comes to an end.

However, land at least three scatter symbols at the same time in any positions and you will unlock the Free Spins bonus round. You’ll be provided with eight, 10 or 12 free spins to play with, during which a series of additional wild multipliers will be added to the reels. When these wilds form any part of a winning combination during the round, your prize will be increased 2X, 3X or even 4X. More free spins can be triggered at any time during the bonus round.

Long story short – an impressive, feature packed online slot that delivers the goods on all fronts.