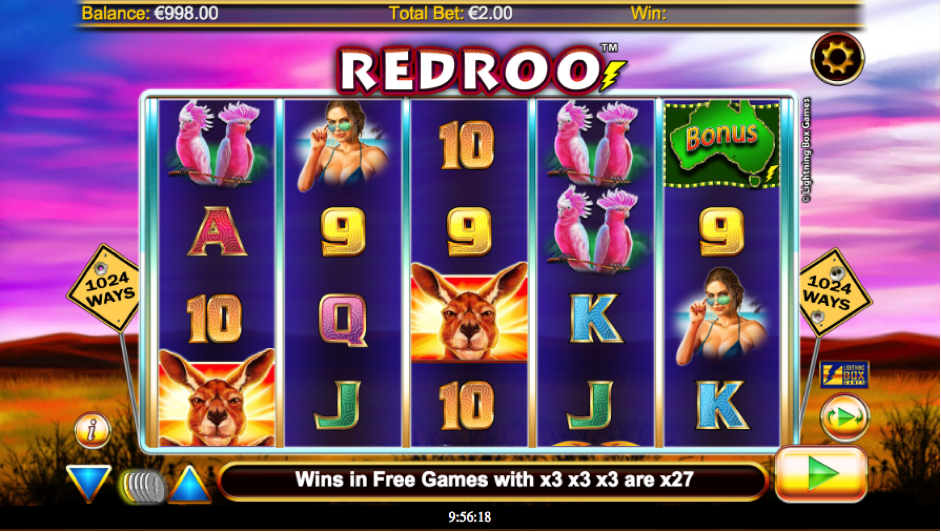 Today’s slot roundup features two delightful newcomers that don’t appear to take things too seriously. At least on the surface, both Smash the Pig and Redroo seem about as joyous and jovial as it gets. Still, we all know you can’t judge a book by its cover…not a slot by its name. So what’s the deal with these two newcomers when you go ahead and peel back the surface? 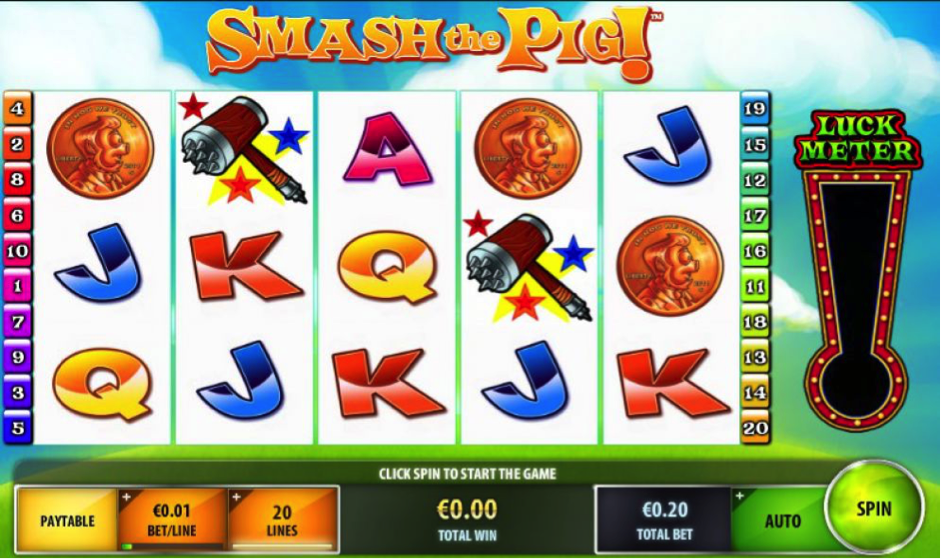 IGT clearly thought that the time had come to introduce another online slot loosely based around the concept of a piggy bank. And to be honest, we’re glad they did – Smash the Pig is a delightfully light-hearted experience with the usual five reels and 20 paylines. Available across desktop and mobile devices alike, spins start from as little as 20p and go to a maximum of £200 for high rollers. There are two quite marvellous bonus features to play for, and not to mention the opportunity to win both ways.

The action takes place in the great outdoors and the graphics are colourful and cartoonish. Along with the usual playing card values, some of the symbols include a bronze coin, a rather menacing looking hammer and a wad of cash. As is usually the case, the Smash the Pig logo itself is the highest paying symbol in the game, worth up to 500X your bet if you are lucky enough to line up five in a row. Once again, it’s worth bearing in mind that with Smash the Pig, you can win both ways – always a bonus in our books!

As mentioned, there are two primary bonus features to play for. If you manage to land at least three of the piggy bank scatters symbols in any position, you make your way over to the Pick a Pick bonus round. The title largely giving away what it is all about and how the action plays out – simply take your pick from the pigs available to win multipliers worth up to 20X your stake. You might also win the collective total of every cash prize in each of the pigs, or be taken over to the Pig Smashing Bonus feature.

In the case of the latter, this additional bonus round can also be played if you land at least three bonus symbols at the same time. Once again, it’s another relatively simple pick-me round, where you will be presented with the eight pigs hiding multipliers going as high as 20X your bet. Depending on how much luck you have stacked up in the ‘luck meter’ and the side of the screen, you’ll be able to smash as many as five or more pigs. Play your cards (or pigs) right and you could be looking at a rather tasty cumulative cash prize.

If you prefer your slots relatively simple in nature, Smash the Pig makes an outstanding choice. There’s really very little to it other than these two relatively simple bonus rounds and plenty of pretty visuals. Suffice to say, it’s a bit of a shame they didn’t incorporate at least some kind of free spins bonus round, but there you go. A medium-variance slot that’s all about simple fun and games, as opposed to taking anything too seriously.

At the risk of being slightly controversial, Redroo isn’t a game we immediately took favourably to in terms of visuals. Not that we can fully explain why this was the case – maybe it’s all just a little too cheesy and cliché. But then again, the same can be said for thousands of other slots in no small measures!

Lightning Box Games released Redroo some time ago, which takes the usual five-reel setup with a generous 1,024 ways to win. The Aussie experience can be played across desktop and mobile devices alike, with spins starting out at 40p and going as high as £400 for those with money to burn.

As already touched upon, it’s not that the visuals are in any way poor in terms of quality. It’s just that they’re little on the uninspiring side when it comes to creativity and imagination. Kangaroos, bikini babes, surfers and so on – all accompanied by the usual playing card values. Then there’s the bonus symbol, which takes the form of a small green map of Australia.

The wild symbol takes the form of a rock, which is good for taking the place of any other symbol in the game apart from the bonus symbol. One of the visual touches we did quite enjoy happens when a winning combination is landed – a bunch of kangaroos summarily hopping happily from one side of the screen to the other.

While the base game itself isn’t exactly thrilling, there’s a free spins bonus round that’s seriously enjoyable. You first need to land three, four or five scatters in any positions on the reels, in order to be handed 8, 15, or 20 spins respectively. The scenery also then changes, taking you to an Australian beach with a bunch of beers for good measure.

During the free spins bonus round, the Wild Rock symbol can add some pretty lucrative multipliers to any winning combinations you land. Though limited to the second, third and fourth reels only, the Wild Rock symbol can be worth anything from 2X to 27X the value of your winning combination. Suffice to say, it’s perfectly possible to pocket some serious cash prizes – jackpots going as high as 33,000 coins during the free spins bonus round.

Given that Redroo is a relatively high variance slot, it often takes a while before anything particularly exciting happens. Which is precisely why you might find the base game a little on the underwhelming side. Truth is, unless you have the patience to stick it out for quite a while until the action starts, Redroo probably isn’t for you. Nevertheless, hold fort until the bonus round opens its doors and you’ll probably find your patience is rewarded in spades.