A Few Dos and Don’ts for Your Next Poker Party 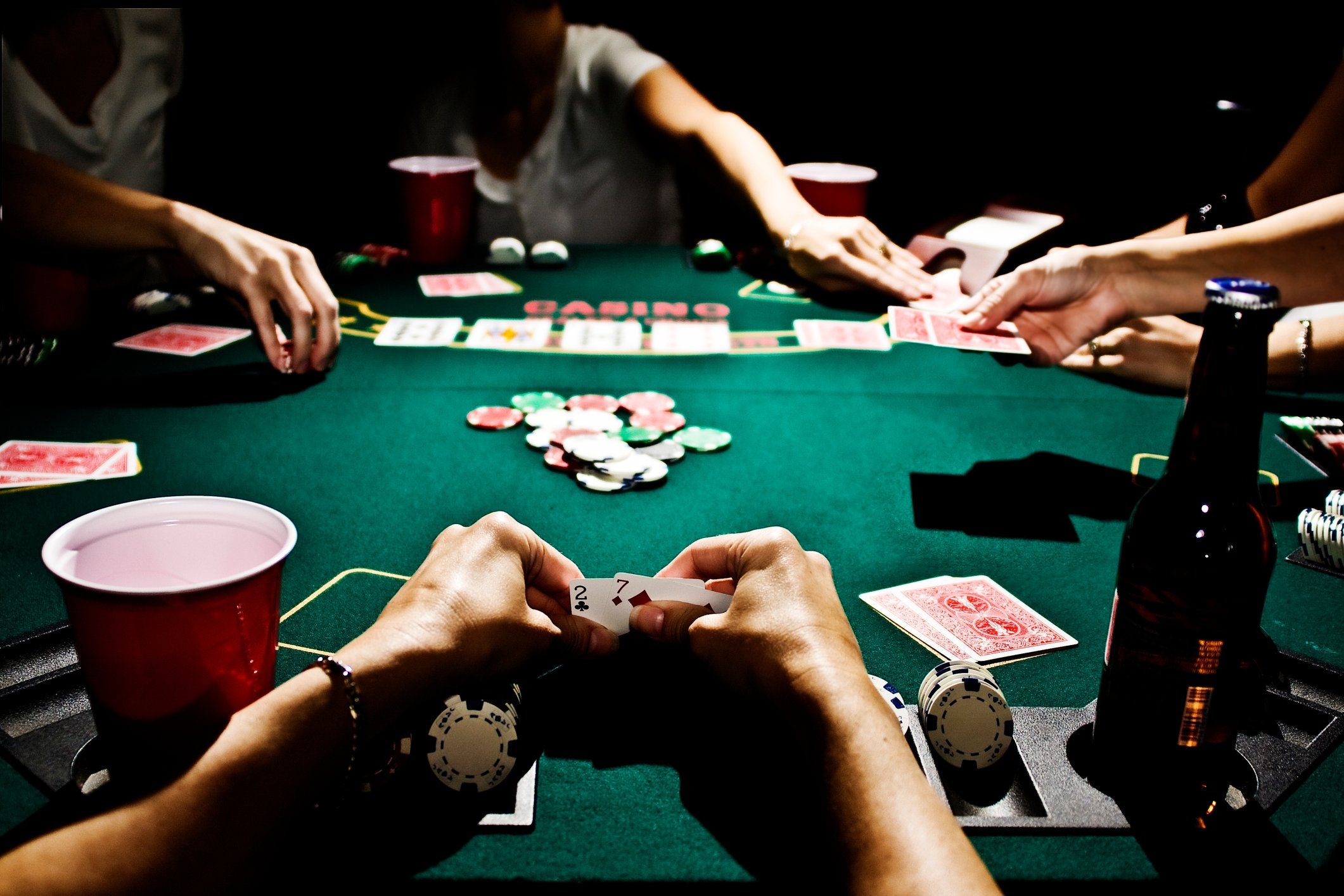 Poker parties can be awesome. Playing poker online is one thing, but actually getting together and getting down to business in-person is an entirely different experience. Whether hosting a poker party or attending one of your friends’ shindigs, it can have all the makings of a night to remember.

That said, you could also be looking at a night to remember for all the wrong reasons.

As the more seasoned poker players out there will know, there will always be a handful of individuals who seem hell-bent on ruining things for everyone else.  Or if not ruining things entirely, certainly making the proceedings way less enjoyable than they could be.

Your job being to ensure that said person isn’t you.

So in the spirit of maximising the enjoyment of everyone at the table, we thought we’d share a few of our own essential words of wisdom. Next time you head out (or stay home) for a poker party, just be sure to bear the following dos and don’ts in mind:

Do – Contribute to the cause

First of all, it’s simply a case of good manners for everyone involved to contribute to the cause. If you’re planning that kind of poker party, don’t be afraid to invest in a little top-shelf liquor to enhance everyone’s enjoyment. If it’s clearly going to be a long evening – which it probably is – don’t get cheap on the snacks, either. Just as long as everybody plays their part, it doesn’t come down to one or two individuals to shell out for everything needed. Even if you aren’t specifically asked to bring anything along for the ride, do the courteous thing and pick up a few essentials. There’s no such thing as having too much merchandise on hand, and the last thing you want is to run out.

Irrespective of how generous the catering contingency may be, it’s a good idea to exercise at least some self-control. Even if you brought some of the supplies yourself, it isn’t good manners to simply dive into everything as if it’s an eating and drinking challenge. Try to remember that there are other people around and that it isn’t all exclusively yours for the taking. Pace yourself and enjoy yourself, rather than making a pig of yourself.

Do – Plan for a long night

In most instances, poker parties have a habit of going on significantly longer than some of their participants expect. Particularly if you plan on playing some kind of tournament, you could be looking at hour after hour of often uneventful play. Exciting and enjoyable play, but not necessarily eventful. As such, it’s a good idea to budget your time and your energy for the long-haul. If you expect the whole thing to be done and dusted within a few hours, you’re probably in for a shock. It’s not uncommon for even the friendliest of poker tournaments to continue right through until daylight.

Don’t – Blow your stack too early

Given the above, the very last thing you want to do is to blow your stack too early. Particularly in instances where the stakes are relatively low, it’s common for players to get a little too cocky and make unfortunate decisions in the early stages. Within a few hands, they have absolutely nothing left, having handed their chips somewhat eagerly to their opponents. As exciting as it can be to watch a professional poker game, you probably won’t enjoy sitting around for hours on end swivelling your thumbs while your friends continue the tournament. Once again, take your time and plan for the long haul.

Do – Practice before the event

In the days and weeks leading up to the event, it’s always a good idea to get in a little practice. This is where online poker demonstrates its value, providing quick and easy access to a whole world of action on a 24/7 seven basis. Think about the exact kind of poker you’ll be playing on the night, along with the kinds of stakes you’ll be dealing with. Get yourself involved in a bunch of similar games online and see if you can improve your performance at least a little.

One of the most effective ways of ruining an otherwise enjoyable poker party is to take things too seriously. Or for that matter, take yourself too seriously. If you’re a terminally sore loser, you probably shouldn’t be playing poker in the first place. If you’re the kind of person who likes to gloat and rub things unnecessarily in the faces of others, you’re also the kind of jerk that shouldn’t be playing. If you think you’re God’s gift and only take pleasure in wiping the floor with those around you, you’re missing the point. Unless you can genuinely enjoy the action from start to finish, you might want to reconsider your plans!

Irrespective of whether you’re the one hosting the event, it’s important to ensure you take regular breaks. Even the most enjoyable poker parties can quickly become tedious and boring when there is absolutely no respite whatsoever. You start making poor decisions, you succumb to fatigue and the whole thing becomes more of a chore than a pleasure. Always remember that professional poker players take regular breaks for a reason – particularly when taking part in lengthier tournaments.

Don’t – Make a fool of yourself!

Last but not least, the presence of top-shelf booze never fails to lead some down a rather dark and unfortunate path. Your job being to ensure this unfortunate individual isn’t you. For the sake of both your poker prowess and your credibility, it’s never a good idea to get well and truly carried away with the booze and make a complete fool of yourself. Chances are, it’ll be a while before anyone once again invites you to the table. Or if you were the organiser, accepts any invitation to come and watch you behave like a prat for a second time!