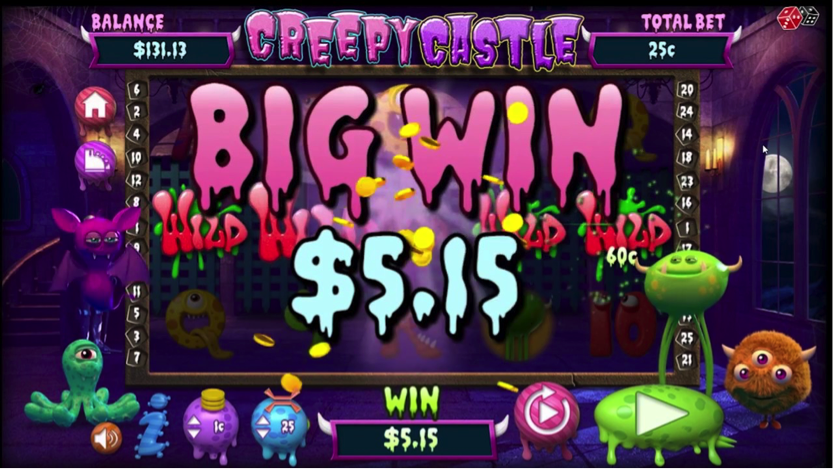 Today, we’re taking a look at two all-new slots, which despite being completely different in terms of theme are both guaranteed to suit just about every audience. Orient Express and Creepy Castle have all the makings of modern classics – dive in right now and find out exactly what you’re missing! 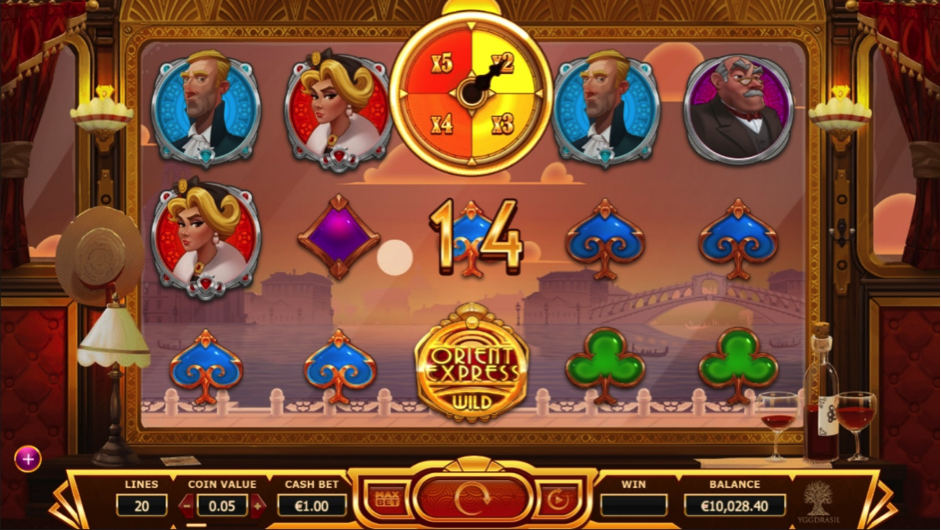 Orient Express is powered by Yggdrasil Gaming and takes the form of a five-reel slot with a total of 20 paylines to play for. Spins are available starting at 20p and going right up to £100 each, while our own tests found performance to be pretty flawless across desktop and mobile platforms alike. Unsurprisingly, Orient Express is based loosely on the iconic passenger train that bears the same name, which became synonymous all over the world with luxurious comfort, opulence and prestige.

Far from overly posh or pretentious, Orient Express features cartoon visuals and a relaxing, light-hearted soundtrack that’s wonderfully immersive. Along with the usual playing card symbols, some of the distinguished passengers travelling on the Orient Express appear, along with a wild card in the form of the Orient Express itself.

Orient Express takes a little getting used to as there are four different game modes: Paris, Venice, Belgrade and Istanbul. Your journey begins in Paris and you gradually make your way through the other cities by entering the Free Spins round, which each time will upon completion take you to a new destination.

In Paris, the ticket inspector brings walking wilds to the reels which will continue handing out free spins until they walk completely off the reels. In Venice, each winning spin results in a random multiplier being bolted on as a bonus, which can be worth up to 5X. In Belgrade, trains drive across the reels from right to left and can change any of the reels into a fully wild reel – up to a maximum of three reels. Finally in Istanbul, postcards make their way into random positions and bring you wilds into play, massively increasing the likelihood of lining up a winning combination.

During normal play, three or more Free Spins scatters in any positions will transport you directly to the bonus round that goes by the same name. You will start out with 7, 15 or 30 free spins, depending on how many scatters you landed, though it’s also possible to retrigger these spins up to a maximum of 60. But what’s even better is the fact that whichever destination you are in at the time, the same special features apply during your free spins – walking wilds, fully wild reels and so on. So depending how things play out, you could be looking at up to 60 free spins where almost every single one of them brings home a prize!

Orient Express comes across on the surface as relatively simple, but there is some serious depth behind its modest façade. It is a relatively low-variance slot, which means that while it doesn’t tend to pay the biggest of prizes on the whole, you generally aren’t waiting around too long for something interesting and exciting to happen. So if you’re looking for the kind of journey that guarantees wall to wall entertainment, Orient Express could be your dream ticket!

Next up, anyone expecting something seriously spooky and scary from Creepy Castle should probably stop reading right now. Fresh from the folks at NextGen Gaming, Creepy Castle is a five-reel slot with 25 paylines to play for and full desktop/mobile device compatibility. Clearly aiming to cater to all pockets, spins start from just 25p and go up to a rather ludicrous £625 each! And while the theme is indeed based around some kind of castle populated by monsters, the characters are so incredibly cute and quirky that ‘creepy’ doesn’t really come into it!

Along with a quartet of colourful monsters to keep you company, all the usual playing card values are in play and a Creepy Castle scatter symbol. There’s an interesting Random Wilds feature that can kick in at any time, which sees one of the monsters turning into an additional wild during normal play. This can then take the place of any standard symbol, with the exception of the scatter.

Which is pretty much where the action comes to an end as far as the base game is concerned – Creepy Castle is a game you play for the chance of getting into the Creepy Spins bonus round. In order to access the free spins feature, you’ll need to line up three, four or five scatter symbols, which will in turn reward you with nine, 12 or 15 free spins respectively. But before you get started with the spins, you will be presented with six doors behind which those adorable monsters are hiding.

On the medium-variance side of things, Creepy Castle really is the kind of slot that should appeal to all tastes, pockets and preferences. There’s plenty of action, prizes to play for worth more than 3,000X your bet and a theme that’s undeniably adorable. With spins starting from just 25p, it’s definitely worth checking out for yourself!