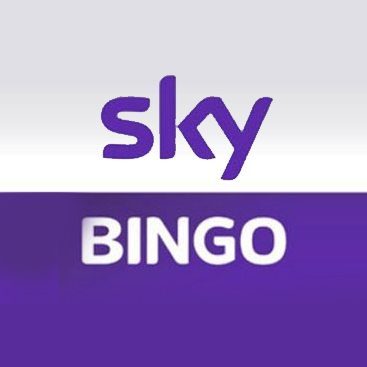 While it may continue to feel like something of a newcomer to the scene, Sky Bingo was in fact launched as far back as 2008. In the meantime, the market has exploded with literally hundreds of new bingo sites and services offering an extraordinary variety of gaming opportunities. Which of course leads to the obvious question – does Sky Bingo still hold its own in the face of such competition? And given the fact that Sky is of course primarily a broadcast media company, how do they fare against dedicated gaming brands with generations of experience? Let Casino Papa guide you through the details!

Overview
One of the things that immediately stands out about the Sky Bingo website and service, in general, is the way in which it has evolved enormously over the years. It started out as a relatively simple platform and it’s clear that simplicity is one of the things that made it a hit in the first place. They certainly diversified and upped the ante, but at the same time somehow manage to hold on to Sky Bingo’s trademark simplicity and ‘welcoming’ vibe. And given the fact that in terms of player numbers things have never been stronger for Sky Bingo, it seems their on-going recipe for success is one that’s getting the job done quite impressively!

Site Summary
As for the mechanics of the site itself, there’s no denying the fact that the moment you hit the homepage, you do somewhat feel as if you’d be welcomed into somebody’s comfortable living room. The layout is beautifully clean and the largely white and grey colour theme does a great job in highlighting the occasional purple accent. A far cry from the OTT neon-laden bingo sites you often feel is screaming in your face, Sky Bingo feels almost as soothing as a trip to the spa.

One truly fantastic feature about Sky Bingo is the way in which they offer a series of ‘Newbie Rooms’ exclusively available to new players looking to learn the ropes. Each new member is able to enter these rooms up to five times at their own discretion, in order to learn how everything works and get started with online bingo without having to put any cash on the line. In general, the platform operates seamlessly and fluidly without slowdowns, even during times of heavy traffic and congestion.

In terms of bonus offers and promotions, this is definitely the area in which Sky Bingo steps out from the crowd and shines as something special. First of all, there’s the always enticing bonus offer of being provided with £40 to play with after depositing just £5 in your new membership account. Of course, terms and conditions apply, but three-times wagering requirements aren’t quite a steep as they often are elsewhere. That being said, the fact that Sky Bingo just like everywhere else doesn’t make these terms and conditions abundantly clear at first glance is a little on the disappointing side. But still, it’s also the norm.

Competitions abound and there are plenty of regular deals and special offers for existing members. For example, right at this moment Sky Bingo is offering each and every account holder across the board a £10 bonus, which is subject to just 2X wagering requirements. Not bad…not bad at all.

As would be expected, tickets start from a matter of pennies while top prizes have the potential to be genuinely life-changing. When tested, the customer service team at Sky Bingo appears to be every bit as welcoming as the website itself, offering 24/7 lines of communication, every day of the year. There’s also an absolutely fantastic mobile app, which brings the full Sky Bingo experience to tablet PCs and Smartphones.

Of course, the fact that a single account also opens up access to the other online gaming assets from Sky represents a pretty sweet bonus. In fact, while it may be true to say that Sky Bingo isn’t necessarily bringing anything revolutionary or game-changing to the table, it’s very hard to pick fault with any element of the site or its services.

Best Features
It’s probably fair to say that the single best feature about Sky Bingo is the way in which they really have hit the nail on the head when it comes to website design. You certainly would be far wrong if you suggested that the site edged toward the feminine, but given the fact that the vast majority of online bingo players these days are indeed women, it’s hard to single it out as a point of contention. And even if you did, it isn’t even 1% as OTT ‘girly’ as so many of its rivals.

Conclusion
In a nutshell, therefore, it’s difficult not to give a total recommendation to checking out Sky Bingo as one of the leading sites currently in operation. It isn’t necessarily pioneering anything new, but what it does, it does absolutely splendidly.

15 Touch Lucky Casino reviewVisit Website Read Review
We use cookies to ensure that we give you the best experience on our website. If you continue to use this site we will assume that you are happy with it.Ok
Agree Decline