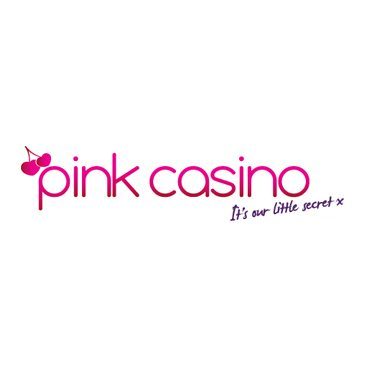 For the majority of seasoned gamers, alarm bells immediately ring when new casino services are designed specifically for men or women. And this comes down to two very good reasons – first of all it’s often nothing but a gimmick, while second of all is not the kind of venture the biggest and most respected names in online gaming get themselves into. Nevertheless, all such presumptions don’t necessarily mean that services like Pink Casino are necessarily all bad or not worth checking out. Have they hit the virtual-Vegas nail on the head? Is this a casino the ladies (or even the men for that matter) should have a go with? Casino Papa has the info you need!

Intellectual Property and Software (IPS) Limited established Pink Casino in 2002 with the sole purpose of grabbing a sizable chunk of the increasingly lucrative female online gamers market. In terms of getting the job done, it’s basically a case of something of an underdog trying its hand at creating a relatively modest gaming site with a pink and girly theme. Which is just the kind of thing that tends to annoy a lot of gamers, but given the fact that they’re still going relatively strong a full four years down the line, there are obviously some out there that have bought into it.

As you have probably already figured out by now, pink is well and truly the theme at Pink Casino. On the surface, you find yourself presented with a relatively stripped back and simplified gaming site, packed with plenty of slots, table games and even a live casino feature. So far so good, plus there’s also the fact that they don’t actually implement any checks whatsoever when it comes to new members – men are technically therefore as welcome to join as they like.

But they won’t, and to be perfectly honest it’s very difficult to see a great many female gamers choosing this particular site over the competition. It’s not that it’s fundamentally terrible, it’s just that absolutely everything it does is done better elsewhere.

Taking the introductory welcome bonus as an example, which is always a good place to start with these things. There’s a £10 free credit offer available just for signing up, though this is somewhat diluted by the rather high 35X wagering requirement. There’s also the opportunity to take home up to £150, as a 100% top up on your first credit. Sadly, you’re also looking at a 50X wagering requirements here too, with the added caveats of having to meet said requirements in a maximum of 30 days, during which time winnings are capped at £250.

On the whole, it’s one of the most useless and misleading introductory bonus systems you’re ever likely to come across.

And then there’s the theme, which is in most respects about as far from the authentic thrills of a real Las Vegas casino as you’re likely to come across. Well, unless Paris Hilton decides to open The Strip’s first pink casino in the near future, but chances are it’s not going to happen.

As for the games available, it’s again a case of decent, but nothing spectacular. IGT serves up the goods for pretty much everything that’s available, meaning solid enough gaming options but not nearly on par with the likes of Playtech, NetEnt and so on.

Interestingly, and seemingly going against the apparent ‘women only’ policy, the live dealers used by Pink Casino look suspiciously as if they were put there for the visual enjoyment of men. Not that women won’t appreciate them of course, but they could have been plucked directly from the depths of a male-only site.

Performance on the whole is moderate, customer service isn’t exactly famed for its prompt answering times or call-backs and credit/debit cards are the only forms of payment accented. A decent chunk of the games on offer can also be played on mobile devices, but for some reason this isn’t mentioned openly on the primary website.

Generally speaking, it’s somewhat tricky to play with Pink Casino without getting the feeling it was something of an experimental project that never quite got finished. And even if you do enjoy it, you can’t deny it’s a million miles from Vegas.

Boiling things down to the very best features of Pink Casino is tricky. As already mentioned, simplicity goes a long way with some gamers and there will always be those who buy into these kinds of gimmicks where ‘pink power’ really is the be all and end all.

Far from being a terrible Casino, Pink Casino is instead more along the lines of the mundane. It gets the job done, it has at least some of the games you’re looking for, it’s easy to play with and it’s nice and secure. But at the same time, its overall theme is bordering on the infuriating and quite literally everything that’s on offer is on offer somewhere else, but better.