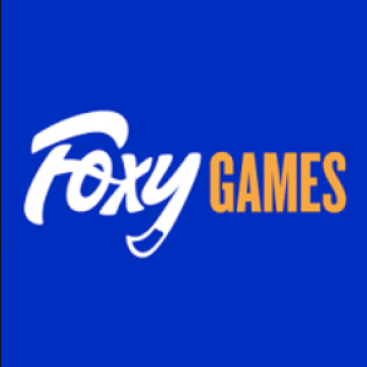 There are two types of people in the United Kingdom right now – those who love the now-infamous Foxy Games fox, and those he’s been annoying consistently since day one. Nevertheless, exactly how irritating or otherwise a mascot for a brand is, it technically doesn’t have any bearing on what they do or how they do it. So in this instance, and assuming the fox was to be taken out of the equation, how does Foxy Games perform compared to the current market leaders? Casino Papa has all the info you need…read on!

Overview
In the grand scheme of things, Foxy Games really is about as new to the market as it gets. Established in early 2015 as something of a sister venture stock to the superbly successful Foxy Bingo service, it’s clear these guys are hoping the same magic will rub off in their casino pursuits. And as say they’ve only been up and running for a while, they’re certainly doing a decent enough job in pulling in the punters and earning rave reviews. Of course there’s still progress to make in some areas, but what else would you expect from a veritable cub on the scene with less than a year in the game?

Site Summary
Foxy Games opens up by making what some consider to be the cardinal sin of such sites and others can’t get enough of – a big, near-screen-sized promotional video of the aforementioned fox doing his thing. It’s a total ‘love it or hate it’ kind of thing and technically doesn’t impact the gaming, but still…not always a crowd pleaser.

But what makes the fact that visitors are greeted with such a huge video all the more bizarre is the way in which the rest of the site in general really could not be simpler or more stripped back. Which is precisely where the first big kudos go – Foxy Games is set out more like a touchscreen-optimised gaming experience than any standard desktop casino.  Not that this doesn’t make perfect sense of course – mapping things out like this ensures that mobile gamers get exactly the same experience as their desktop counterparts, which in this day and age is in all respects a brilliantly smart way of going about things.

The actual gaming range itself is nothing to write home about, totalling in the region of 150 of which the vast majority are slots. Indeed, head over to the table games section and you’ll be presented with no more than a handful of classic casino games, rather than the usual endless archive. On the plus side, there’s a solid handful of progressive jackpot games on offer like Millionaire Genie, where seriously life-changing sums of money can be won.

As you’d expect, one of the big draws for newcomers a is the promise of getting 150 megaway spins. Deposit and spend £10, Get 50 buffalo rising spins, Repeat for 2 more bundles!

Moving on, deposits and withdrawals are kept delightfully simple at Foxy Games with only the usual standards accepted by way of payment types – MasterCard, Visa, Maestro, Paysafe Cards, Neteller and PayPal. As a relatively small site and service compared to some of the market’s best, they’re able to do a very quick job of organising and fulfilling withdrawals – most of which are sorted in a matter of hours, or a couple of days at the most.

In tests – and it’s worth noting how daft some of these tests can be – the Foxy Games customer service team seems to be well on its way to earning a seriously strong reputation. Even in the case of email communications, which are of course quite routinely ignored elsewhere, response times tend to vary between 10 minutes and 1 hour – never a great deal longer. That being said, and again most likely due to the fact that the service is comparatively small for the time being, 24/7 customer service just doesn’t exist and calls are only answered between 10am and 6pm, seven days a week. Still, it seems to keep its members happy enough.

As for on-going promotions, Foxy Games constantly has at least one or two specials going – its Bonus Bash Weekend proving particularly popular. Live casino tables are also covered, though in relatively small numbers and in a rather basic manner, but on the whole they get the job done as they should.

Once again, considering the fact that it is really only early days for Foxy Games, it’s not a bad start to say the least.

Best Features
As already touched upon, the simplicity of Foxy Games in general would make it an ideal choice for newcomers and those with little to no experience in online casino gaming. The same also goes for the fact that there is an option for joining without any deposit required, along with a relatively limited number of games which may suit first-timers better than an endless archive.

Conclusion
In a sense, it’s difficult to say anything directly negative about Foxy Games has it simply hasn’t been around for long enough to hit its stride. You cannot realistically hold Foxy Games alongside the likes of 888 or BetFred and compare them like for like – the truth is they are completely different planets.

Nevertheless, as a site and service that is only just beginning to find its feet or as the perfect introductory site for newcomers to online gaming, Foxy Games certainly has its points of appeal.

15 Northern Lights Casino reviewVisit Website Read Review
We use cookies to ensure that we give you the best experience on our website. If you continue to use this site we will assume that you are happy with it.Ok
Agree Decline