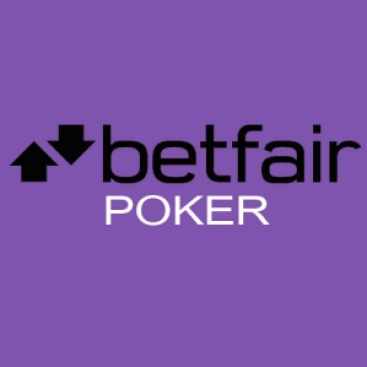 Is it really still fair to continue judging and regarding Betfair in accordance with that oh-so unfortunate ‘hiccup’ back in 2010? It depends who you ask, though chances are those who were stung by the brand’s now infamous deal policy change won’t be so keen to forgive. But to give credit where due, Betfair has worked hard to reinvent itself in the meantime and to move on from what could have been a pretty fatal flop. Betfair Poker has been doing its thing since 2001, so how is it performing today when compared to its closest rivals? Trust Casino Papa for the inside scoop!

Famed the world over for having held some of the most generous competitions in online poker, Betfair Poker certainly has a reputation for not doing things by halves. They also made extensive efforts to revamp and improve the overall software platform over the years, so all the pieces initially appear to point to an outright winner. But at the same time, player numbers at Betfair Poker just don’t seem to be able to keep up with the competition…why?

The first thing that comes to mind after getting started with Betfair Poker is how incredibly polished the user interface is. They haven’t gone to town with unnecessary visuals or crossed the line into superfluous cluttering, but have certainly managed to make the whole thing pretty as a picture. The familiar purple colour theme is present and correct, the navigation system is beautifully simple and checking out what’s on offer at any one time is an absolute breeze.

As for signing up, the fact that it is mandatory to download a poker client and install it before being able to play isn’t likely to impress everyone. And indeed it doesn’t, as this essentially means you can only access your account and play from machines with the relevant software installed. On the plus side, the downloadable software client is at least available for Mac computers, meaning that unlike some other poker services, Betfair Poker doesn’t turn its back on millions of potential players…which is nice.

Is there aBetfair Poker app? Of course there is – one that offers fantastic compatibility with most Android and iOS devices. In terms of overall performance, the mobile app is undoubtedly one of the most reliable you’ll come across, though the general consensus seems to suggest something rather different for the primary Betfair Poker client itself.

Here at Casino Papa, we can’t personally saythat we had no real problems with overall site performance. It might not be quite as slick as say NetBet or 32Red, but in terms of problems…none really to speak of. However, the wider community seems to suggest differently, having repeatedly flagged apparent performance issues, slowdowns and frequent sluggishness.

In terms of traffic, this is again an area in which Betfair Poker doesn’t seem to be quite up there with the competition. It’s not to say the place is deserted and chances are you’ll always find a quality table to join. Nevertheless, Betfair Poker is known for having relatively severe peaks and troughs, which in the case of the latter can see player numbers dwindling quite dramatically. Could this be down to sluggish performance? Perhaps the mandatory software download? We may never know!

Other than this, customer service is outstanding, security is top notch and we really, REALLY like the fact that they accept PayPal. Competition generally centresaround the lower to middle-reaches, so while it’s not always possible to find a high stakes game in progress, there are always plenty of fish around to play with!

It’s probably fair to say that the plethora of on-going competitions, tournaments and special activities represent the most standout features of all at Betfair Poker. The way the site is put together and presentedis also worthy of high praise.

On the whole, Betfair Poker is a bit of a strange one as from our experience at least, it seems to have absolutely everything in place to make it one of the world’s most outstanding poker services. Nevertheless, the traffic volumes at Betfair Poker and the opinions of a fair few community members seem to suggest otherwise. We can only evaluate sites on our own direct experience, but at the same time we can’t turn a totally blind eye when an opinion becomes the consensus.