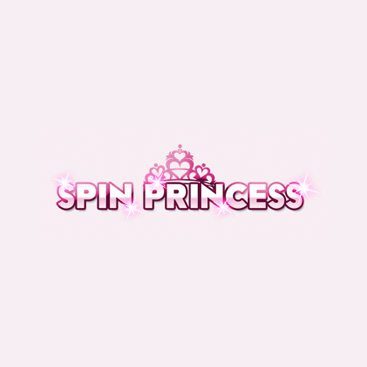 Here at Casino Papa, we usually don’t buy into gender-specific casinos and gaming sites. And that’s for two reasons – the first of which being that gender stereotyping is slowly but surely becoming the kind of thing that really riles the masses. Other than this, we believe that it really isn’t necessary to err too much toward one gender or the other – if your site’s solid enough, you’ll attract both! That being said however, there are plenty of gender-specific sites up and running which we do like – we just have a habit of being overly critical with them. Which is why we were rather surprised with how much we genuinely enjoyed the action when testing for this Spin Princess review!

Overview
Bursting onto the scene in 2015 in all its ultra-pink glory, to call Spin Princess Casino a female-oriented site would be a bit of an understatement. Powered by Nektan, this mobile-focused casino joined a veritable army of existing names from the brand, though in this instance with the intention of winning over women. But behind all the (what we consider to be) unnecessary frills and sparkles, there’s definitely a sign or two of a gaming site of serious quality…which makes for a refreshing change!

It’s pretty clear from the get-go that Spin Princess casino was designed and developed as a house of slots. This is pretty much the standard for both Nektan casinos and those with primary mobile-focus across the board, so isn’t a point of contention. Every brand new and all-time favourite slot is present and correct, along with a bunch you’d be hard-pressed to find anywhere else. It’s only fair to point out that the rest of the casino gaming action – as in table gaming – is a little thin on the ground. But if you come to Spin Princess, you come for the many great online slots – and that’s an area in which they excel.

They periodically offer a 5GBP no-deposit bonus to get started with, so it’s worth watching out for specials and promo codes. At the same time, we always respond well to a casino that allows newcomers to try out the games 100% free of charge and without even having to sign up – Spin Princess casino ticking this particular box nicely.

Moving onto payments, there are several payment types accepted by Spin Princess Casino including Skrill, Paysafecard and standard credit and debit cards. They advise three to five-day withdrawal times in general and we found this to be accurate. They also set the minimum deposit amount at a low £5, which is really great to see.

Customer service representatives are available during office hours and in our experience provided quite fabulous service and advice. Email response times were no case for complaint and they did a great job in answering our often deliberately complex and convoluted queries. After all, we’re here to put folk to the test!

On the whole therefore, Spin Princess Casino does a pretty good job of proving itself to be a solid contender that doesn’t necessarily have to rely on the girly gimmicks to get by. In fact, if it wasn’t for the undeniable pink overload, we’d probably like it more than we already do…which is quite a lot!

Best Features
There’s really no denying that the range of slot games on offer at Spin Princess Casino is impressive and that the site as a whole works great across all popular platforms. The on-going deals are attractive, it’s always good to be able to try out the games for free before signing up and we were generally impressed by the customer care team.