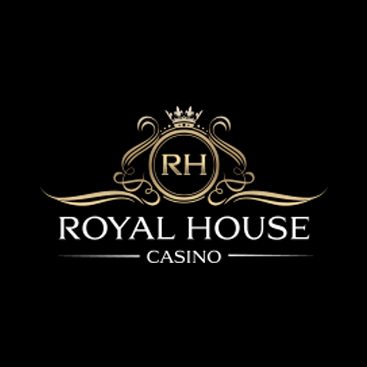 The way we see it, you need to be incredibly careful when it comes to the overall theme you choose for your online casino. You can go with casual fun and games, something unusual and quirky or perhaps the sublime and sophisticated. Suffice to say, it’s the third of these three you have to be most careful with of all. The reason being that if you want to create an online casino with the theme of all-things regal and sophisticated, you need to deliver the total package. Which begs the question – have they managed to nail the elusive formula at Royal House Casino?  Read on and Casino Papa will reveal all!

In case you weren’t already aware of the fact, the folks behind Royal House Casino are ProgressPlay Limited of Malta. They’ve already got a rather extensive handful of online casinos up and running – all of which are fully licensed and regulated by the UK Gambling Commission. Which immediately scores points in our book, but at the same time we aren’t particularly fond of casinos that are near-perfect replicas of one another from the same brand. So when it comes to Royal House Casino, is it a case of exclusive royal treatment all the way, or just another silver platter of the same old story?

So it’s pretty obvious from the get go that the developers behind Royal House Casino primarily had those with a taste for the high life in mind. High rollers and wannabe high rollers alike, they talk of ‘sipping martinis’ in ‘swanky’ surroundings and generally indulging in all-things fabulous. As for whether or not it delivers, it’s certainly pretty enough to look at, but at the same time doesn’t come across as quite as well put together as some. It’s not that it’s a bad-looking site, but more of it being the same template we’ve already seen elsewhere with very few differences. We also didn’t find it to be the slickest site in terms of performance during our tests.

As for the initial welcome bonus for new customers, the promise of up to £1,000 certainly fits in with the promise of sophistication and prestige. After all, who’d turn down a grand in free cash? The answer is nobody, though in this instance the word ‘free’ really doesn’t come into it. Take advantage of the 100%, 30% and 50% bonuses over your first three deposits respectively and you will indeed receive a £1,000 bonus. The only problem being that with 50X wagering requirements, you will need to put at least £50,000 on the line to be able to withdraw any winnings. That’s £50k. Not a misprint. Whichever way you look at it, rather ridiculous.

Royal House Casino also offers a wide variety of on-going bonuses and promotions, which are open to new and existing customers alike. These include Game of the Day, Monday Madness, Cashback Day, the Big Cash Weekend Race, Spin the Slots, Weekly Surprise and more. Unfortunately, given the fact that these are all subject to the same 50X wagering requirements, you might want to think twice before diving headfirst into them.

If you consider yourself to be a regular player, there’s a VIP scheme open to all customers of Royal House Casino. Long story short, you save up loyalty points (£16 per point) to climb the five tiers, though it’s not until you hit tier-three that you actually get anything in return. And given the fact that you will need £16,000 in points to hit the third tier…well, let’s just say you probably won’t. Even with such expensive demands for those looking to climb the VIP ladder, there’s a surprising lack of information available as to what to expect in return.

Other than this, the mobile casino gets the job done well enough, withdrawal times are pretty average and we found the care team itself to be well versed in the most important stuff. So a relatively ok package on the whole – not exactly what you’d call regal.

With such an extensive array of slots availablefrom countless developers, Royal House Casino certainly hits the nail on the head in this department. In addition, 24-hour customer support is always a bonus.

The biggest problem with Royal House Casino is the fact that it promises so much more than it can deliver. It gives the impression of a royal and regal online casino, but is in fact nothing more than a near-exact copy of other sites from the same brand – Sin Spins for example. In our opinion, they really need to sort out their wagering requirements and that VIP system in order to be given recommended status. Oh, and a customer service telephone number would be useful too.