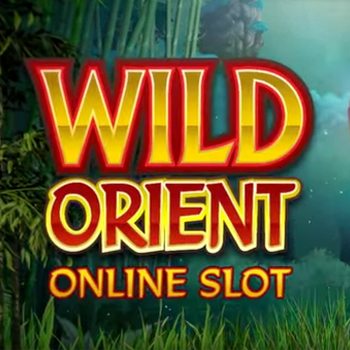 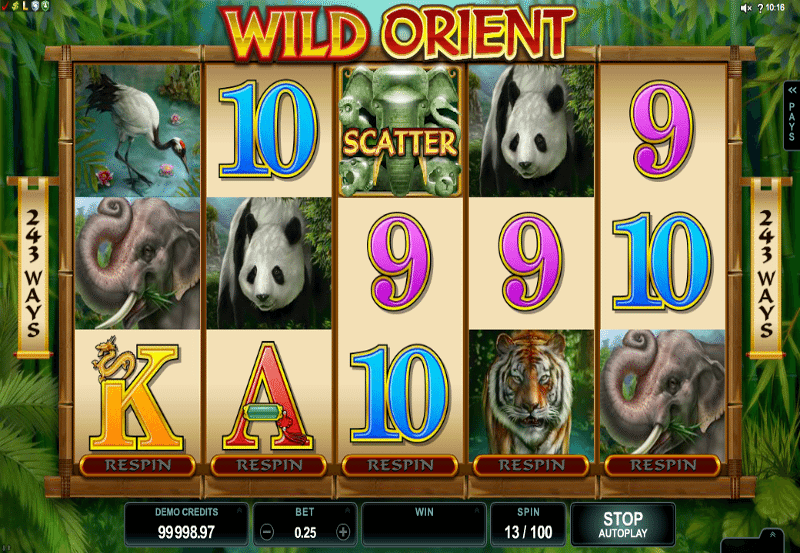 So the first thing that springs to mind upon booting up Wild Orient is – haven’t we seen this before? Indeed we have, as it’s not as if the market or Microgaming themselves haven’t gone a bit Asian-theme-crazy with slots as of late. Not that this is necessarily a bad thing, but with the likes of Lucky Twins, Win Sum Dim Sum and so on already doing the rounds, do we really need another?

The answer would be ‘yes’ if we’re talking something fresh and original – ‘no’ if it’s a big steaming bowl full of the same.

As for where Wild Orient fits into all this, it’s sort of in the middle but erring toward the latter…which is a bit of a shame. Along with a bunch of eastern-themed symbols you’ll find the usual playing card values – the visuals in general not being too much to write home about. There’s a generous 243 paylines in play at all times and the set coin value is 0.25. If you’re out for a taste of the possibly exotic, hit the button and start your journey.

There’s no knocking the generous jackpots on offer – five elephants in a row will see you taking home 4,000X your wager. By contrast, three nines or tens and you’ll be looking at a win worth 2X your bet. The wild symbol is the Wild Orient logo itself, which is confined to the second and fourth reels and is good replacing all but the scatter.

Scatters take the form of stone-carved elephants, which need to appear in numbers of only two or more to trigger something tasty. Three scatters will land you with 15 free spins to play with which can be re-triggered, during which time all wins are increased 3X.

The one feature that sets Wild Orient apart as something different is the option to re-spin any of the reels after each spin for a fee indicated at the bottom of each reel. If you really want to, you can re-spin all five of them one at a time.

Do we reckon Wild Orient is worth checking out? Absolutely, but at the same time it’s probably wise not to get your hopes up for anything too special. It’s not that it’s terrible, boring or even full of faults – it’s just that there’s far more on offer from so many other Asian-themed slots – many from Microgaming itself! All of which makes Wild Orient feel a little…well, perhaps the best word would be ‘unnecessary’.