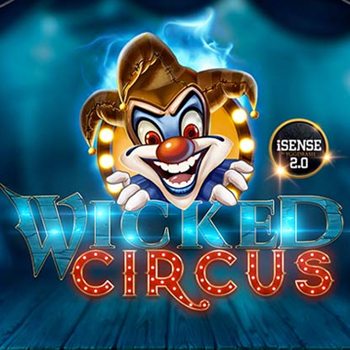 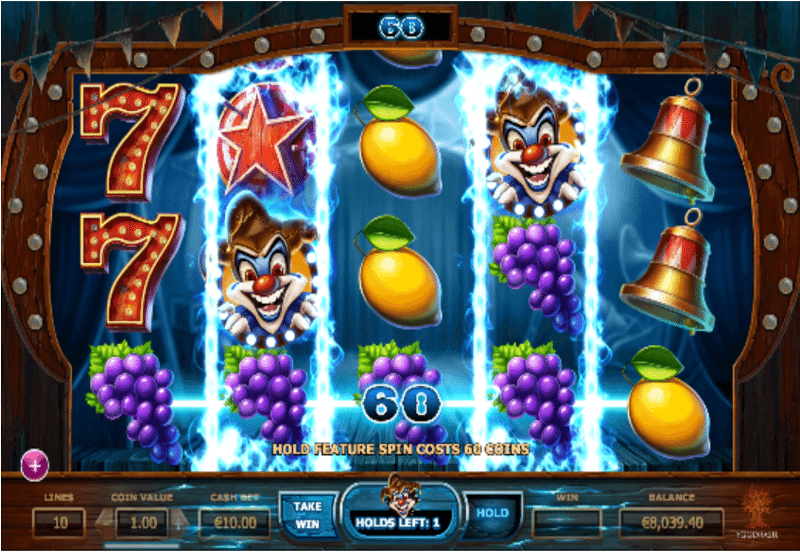 Scary clowns. Well, jokers if we’re being accurate. But either way, creepy as hell! Still, it’s not as if it’s unexpected as the folks over at Yggsdrasil Gaming seem to have for some reason adopted this terrifying-looking chap as their unofficial mascot! He’s appeared in more than a few games before now and once again takes centre stage in Wicked Circus – a five-reel, ten-payline slot that’s pretty sinister from the get go.

Technically speaking, there are actually only 5 paylines to play for, but each one is increased two times over due to wins counting both ways – left-to-right and right-to-left. It’s all a very standard affair with the symbols – stars, sevens, bells, lemons, cherries and so on – all joined by that evil-looking dude you’d rather wasn’t staring at you like that!

But he is, and he invites you to bet from 0.01 to 1.00 in terms of coin values, multiplied by the number of paylines you’ve decided to try your luck with. When you’re convinced it’s safe to do so, feel free to get busy with the spinning.

The star symbols offer the largest jackpot payout in normal play of 300X your wager for five in a row, while the cherries come in a little lower at 20X your bet if you land three in a row. ‘Jokerizer Mode’ is activated upon hitting any winning line at all, which sees your winnings put into a separate balance. Your balance can be collected, or swapped for Jokerizer spins at a cost of 20 coins per spin.

In Jokerizer Mode, the likelihood of winning bigger prizes increases significantly though you’re not guaranteed to take home a penny. Two jokers at any position will land you a Mystery Win – the same win being triggered in normal mode with three jokers. Wins increase with the number of jokers you land, up to a maximum possible jackpot of 6,000 coins.

The hold function is triggered upon hitting at least two jokers in jokerizer mode in any positions. This basically means that the reels with the jokers don’t move, while the remaining reels spin once again. If you’d prefer not to bother with the hold feature, you can choose the payout instead.

Creepy the lead fella may be, but what’s on offer at his Wicked Circus is something both different and enjoyable. It takes a little while to get used to all these modes and features, but just as soon as you do, you’ll be glad you bought a ringside ticket.