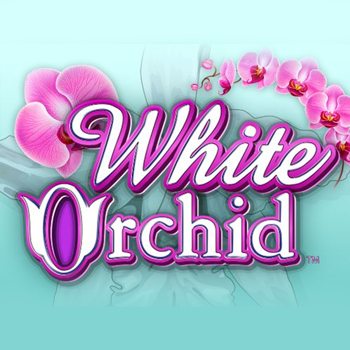 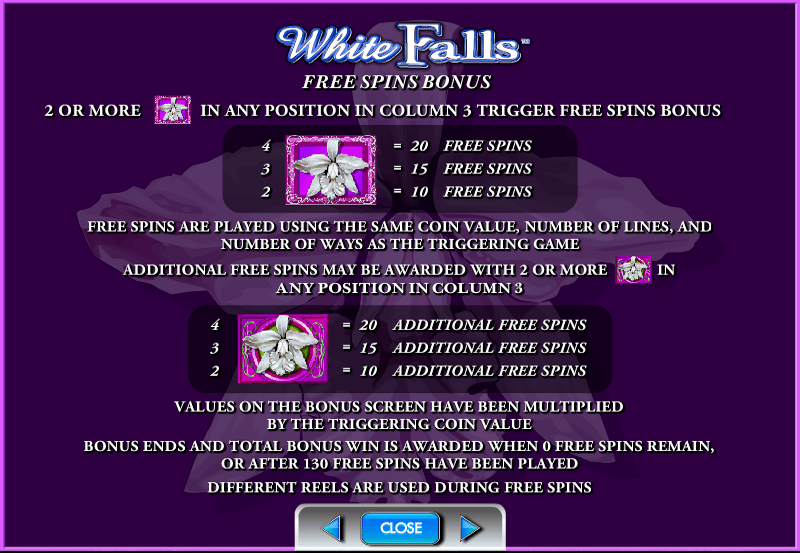 What’s the primary theme of White Orchid? We were hoping you could tell us – we’re still not entirely sure! Not that it isn’t a delightfully pretty and enjoyable affair – what with all those enchanting animals and half-naked people populating the reels. Eden. The Amazon Jungle? Some far-off fantasy world? It doesn’t really matter – it’s pretty, it sounds great and at first glance, it’s hard not to be won over.

IGT created this five-reel, four-row slot experience with a massive 1,024 pay-lines…always a winner with most gamers these days. In fact, it was one of the very first online slots to bring this huge arsenal of win types to the market, with hundreds of others having since followed suit. When identical symbols land on reels one after the next, their position doesn’t matter and you’ll still be in for a win anyway.

White Orchid has two different play modes, depending on how may pay-lines you want to play for. If you want to go for the standard way of doing things, you can go with between 1 and 40 pay-lines and stick your chosen coin value on each. On the other hand, you could choose the ‘all ways pay’ option, which activates every one of the 1,024 pay-lines at a cost of 80 coins. In terms of coin values, you can choose anything from a tiny 0.01 to a massive 200.00…if you’re feeling ridiculously lucky and flush with cash at the time!

If you go for the standard play mode, you’ll be in for a huge 5,000X payout if you score five of those scantily-clad beauties in a row. The lowest win comes in the form of a 10X payout for lining up three of the same playing card values. Over in 1,024 pay-line mode, there’s a 500X jackpot on offer for hitting the same five ladies in a row, with four matching playing card symbols being good for a 10X win.

The wild symbol is the dainty White Orchid itself, which is limited to the second and to fifth rows only. There’s also a maximum of up to 130 free spins to play for, which can be scored by continually re-triggering free spins after hitting two or more wild symbols at any position in the third column.

So White Orchid was certainly one of the first of its kind, but how does it stack up today? In truth, there’s really no denying that it is starting to show its age – but this is hardly surprising with it having originally launched in 2010. Not that it isn’t worth trying out in its own right, given the fact that its major selling points was always the promise of 1,024 pay-lines, there are hundreds of others out there offering exactly the same…and perhaps a little more, to boot.