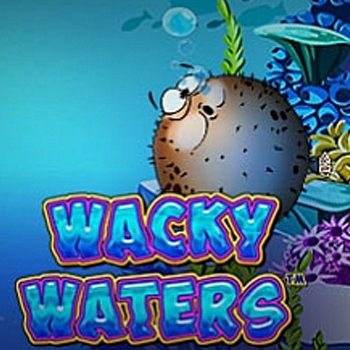 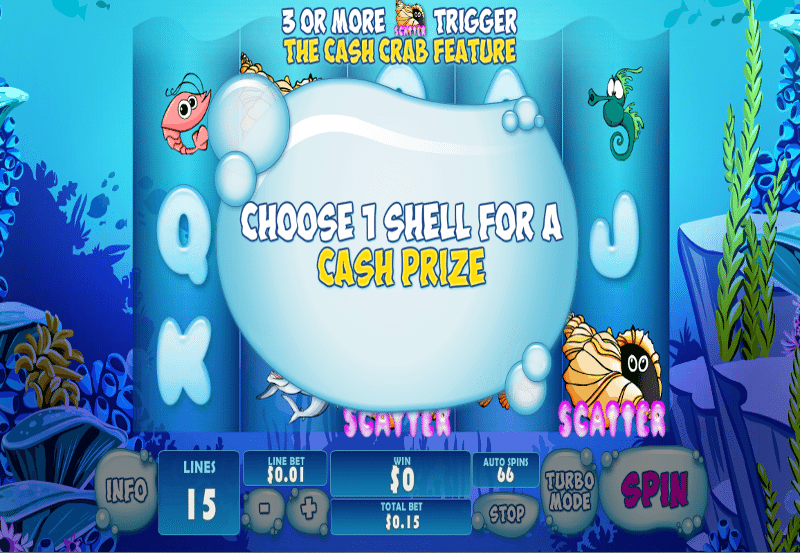 We like to think of ourselves as the types that don’t judge books by their covers. Which in the case of Wacky Waters is probably a good thing. Why? Well, quite simply because considering the fact that it comes from Playtech, the graphics and animations are pretty disappointing from the get go. Underwater-themed slots are hardly thin on the ground these days, meaning that when a newcomer comes along, you’d expect it to up the ante.

But…and it’s a pretty big ‘but’ at that…the good news is that what Wacky Waters lacks in visual prowess, it more than makes up for in gameplay. So if you’re not entirely consumed by looks alone, it’s worth taking a dip and seeing what’s on offer.

And what’s on offer is a five-reel, 15-payline slot which well and truly smacks of a movie we don’t even need to mention the name of…because you already know it. All the usual ocean-dwellers you’d expect to see are present and correct – if in the case of some of them drawn very badly indeed. Coin sizes start out at 0.01 and go as high as 75.00, which is pretty huge considering that this is again multiplied 15X with each spin. When you’re ready to take the plunge, go for it!

If you’re lucky enough to net yourself the catch of the day…as in five puffer fish in a row…you’ll be taking home a whopping 3,000X payout on your wager. Right at the bottom of the barrel you’ll find the queen and jack card values – three of which in a row will be good for 5X your bet. Along with serving as the jackpot symbol, the overinflated puffer is also the wild.

The ‘Puffin’ up’ feature can be accessed by landing one of these guys right in the middle, during which he keeps on inflating ‘til he’s about to burst, before blowing a bunch of new wild symbols onto the reels – up to a maximum of six. Crab symbols can also mean big wins – the ‘Cash Crab’ feature opening up after landing three or more in any positions. Here, you’ll be presented with a bunch of hermit crabs hiding prizes and you’ll be able to pick one, two or three, depending on how many Crab symbols you landed prior.

And then there the ‘Albert’s Underwater Bonus’ game that can be accessed by landing an anchor on the first, third and fifth reels at the same time. From extra wilds to multipliers to free spins, help the blowfish escape unharmed and you could be in for a sizeable reward.

Long story short – the only thing that blows about Wacky Waters (apart from the blowfish) is the quality of the visuals. Other than that, it’s pretty impressive on the whole and we’d highly recommend checking it out.