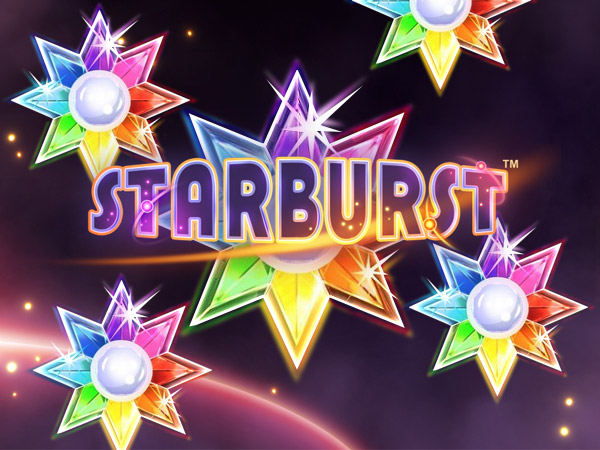 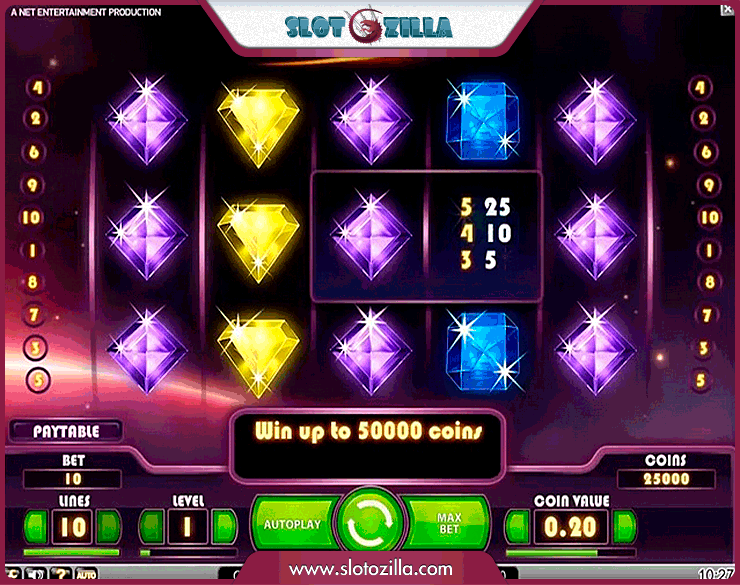 Starburst was put on the Earth as something of a masterclass for others slots to learn from. Net Entertainment took the world by storm when it first unleashed Starburst, which immediately became a celebrated classic of epic proportions.  Along with five reels and 10 paylines, both the graphics and soundtrack are brilliantly memorable. And if you’re all about those all-important bonus rounds and special features, once again…Starburst serves up a true masterclass!

Net Ent’s iconic slot takes players back in time with a somewhat retro look and feel – it’s all about the 80s with Starburst! Bars, sevens and a simple yet effective layout make for a simple yet effective experience for newbies and experts alike. The action takes place in a quintessentially cosmic setting, with a world of stunning sparkling jewels taking centre stage.

Along with allowing winning combinations in both directions, there’s also an expanding Starburst wild, which is every bit as dazzling as it sounds. Though confined to the middle three reels, Starburst wilds expand to take over the entire reel when they land. What’s more, they then stay in place for up to three additional spins – free spins, at that.

While Starburst is more inclined to pay out smaller prizes on a regular basis, there are still some sizeable jackpots to play for. In fact, top prizes go as high as £50,000, if you hit the nail on the head with three Starburst wilds at the same time! There’s no free spins round as such, but the base game itself is so enjoyable that it really doesn’t need one. Plus, you get a couple of free spins when landing those lucrative Starburst wilds, so that sort of counts as a free spins feature!