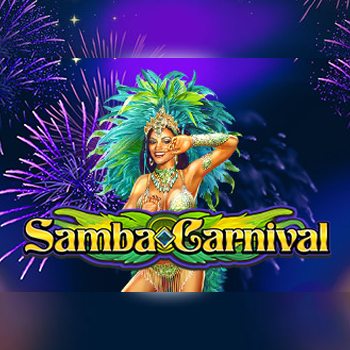 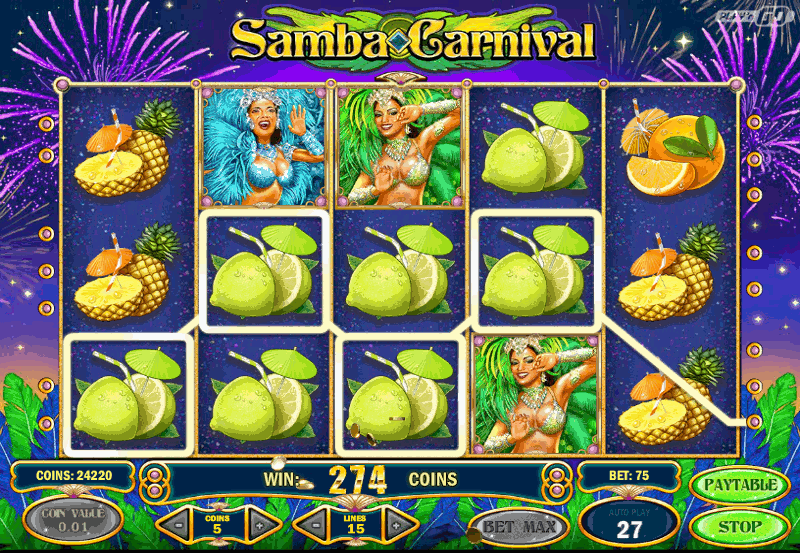 Looking for an online slot that dances to the beat of a different drum? You might just find what you’re looking for in Samba Carnival¸ which although somewhat basic in nature proves just how unnecessary the unnecessary really is! The way we see it, this 5-reel, max 15-pay line beast from Play’n GO shows how the key to brilliance when it comes to online slots lies in focusing efforts purely on gameplay, rather than the superfluous. Not that it isn’t well-presented and polished (as you’d expect from these guys), but they’ve snubbed OTT accents and complex gameplay in favour of epic fun and simplicity.

As far as we’re concerned, they’ve done a damn good job of it too!

True to its inspiration, the theme of Samba Carnival is one of incredibly bright and bold visuals, with a toe-tapping soundtrack likely to be buzzing around your head for days. Fruity, fabulous and fantastic to spend a few hours with, betting starts from as little as 0.01 and goes up to a maximum coin value of 0.25. You can decide how many of the 15 pay-lines to play for with each spin and the whole user interface is an absolute joy to work with. Diving into the action without delay is pretty much par for the course with Samba Carnival.

Right at the bottom of the pecking order in terms of wins is the lime…which will see you taking home 3X your bet if you hit three of them in a row. On the exact opposite end of the scale you’ll find the dancer with the purple feather – five in a row netting you a tasty 2,500X jackpot if your luck’s in. And it’s also worth noting that your winning lines don’t have to start on the first and last reels – Samba Carnival is an all-ways-pay slot!

There are four different maracas symbols and each of these is a wild. They differ by way of their value as multipliers, which ranges between 2X and 5X. And if you’re lucky enough to hit a series of wilds at the same time, their multipliers are added together. This would mean that a 5X and 4X multiplier combined would see you coming out with 20X.

There’s also a scatter symbol in the form of a bass drum, which upon hitting three will start the bonus game with a whopping 150X your bet to play for. Each win comes with the option of gambling or losing it all in a single move – try doubling your win by guessing the card colour or quadrupling it by having a guess at the card suit. You can do this up to five times with each win, or until your win hits the 2,500-coin maximum.

To have a crack at Samba Carnival is to get the idea that it was as fun to make as it is to play…which is to say, very! While it’s not overloaded with features or special extras, it ticks all the right boxes when it comes to gameplay. It’s simple, it’s colourful and most of all, it’s enjoyable. And with big wins up for grabs as a bonus…well, say hello to your new samba partner!