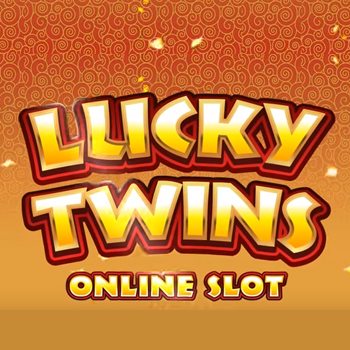 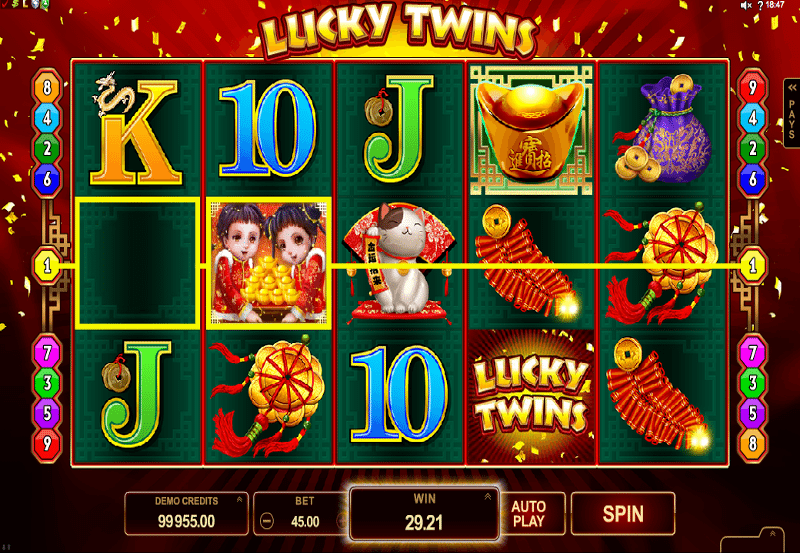 There’s a reasonable chance that after checking out Lucky Twins for the first time, you might get the feeling you’re experiencing a deja-vu. Let’s just say the name is more than a little ironic, given the fact that Lucky Twins is in many ways almost identical to Lucky Zodiac. Of course, given the fact that both games come from Microgaming, at least you can’t accuse them of ripping off their rivals. Lucky Twins could be considered a fast and familiar follow-up to Lucky Zodiac, which back in 2015 caused quite a stir when it landed. The question being therefore – is there really any place at the party for Lucky Twins?

Well, some of the more critical reviewers out there think no…not at all. They see this five-reel, nine-pay-line slot as far too similar to its slightly older sibling to be anything exciting. As for us, we figured we’d consider Lucky Twins as a standalone game in its own right and we were relatively happy with what we found.

As the name suggests, a pair of twins represent the stars of the show and are accompanied by bags of money, pots, firecrackers, playing cards and a cat with a rather smug look on its face. Following the usual formula, it’s a case of selecting your chosen point value from 0.25 to 5.00, how many pay-lines you’d like to play for and how many coins you wish to put on the line. After this, it’s simply a case of seeing whether or not these Lucky Twins actually live up to their name, by hitting the ‘Spin’ button.

If you’re lucky enough to land five Lucky Twins logos in a row, you’re in for a huge payout – a full 5000 X your wager on the winning line. Suffice to say, big jackpots come very big with these siblings. At the other end of the spectrum, the lowest payout you can possible net with Lucky Twins is a still-generous 10X your bet, which is achieved by landing three, ten or jack symbols.

Wilds are represented by the twins themselves, which allow for substitution of any symbol…with the exception of the scatter ‘Golden Pot’ symbol. While you’ll need to hit between three and five scatters to take home a prize, they don’t have to land on the pay-lines you’re playing – they’re valid anywhere at all.

So as you can see, it’s a relatively simple story with Lucky Twins where you won’t find an extraordinary array of features and special attributes. That being said, simplicity can often be quite attractive when it comes to casual slot gaming – especially when there are huge jackpots to play for. So if you’re more about simplicity and less about complicated add-ons, you might just find what you’re looking for in Lucky Twins.