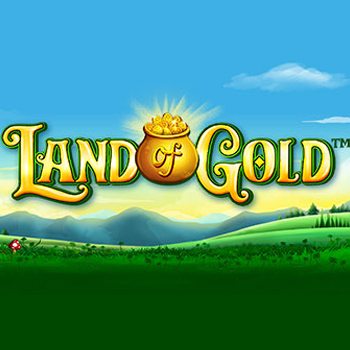 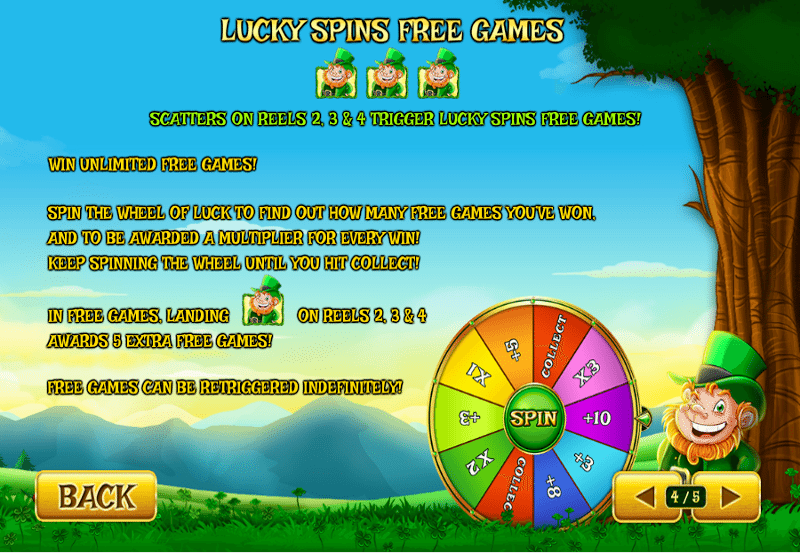 Of course – exactly what the online slot market needed…yet another game theme around the luck of the Irish! Forgive the cynicism, but there are certain themes that take the phrase ‘done to death’ to entirely new heights. But at the same time, every now and again a newcomer joins the mix that brings something new to the table and makes a real name for itself. The question therefore being – how does Land of Gold measure up?

Well, first of all we’re always suckers for standard five-reel slots that boast 576 paylines…which Land of Gold most certainly does. As for the way it’s put together, there’s really nothing out of the ordinary in terms of the Irish-themed symbols and visuals, while the graphics and sounds are somewhere around the mid-reaches of the rankings. Good, but nothing spectacular. As an all-ways-pay slot, there’s an enormously high chance of hitting a winning combination from time to time, though this in turn means your coin size is multiplied 40X with every spin. Still, if you’re feeling like the luck of the Irish is on your side, hit the button and see if you’re right!

Of course, the pot of gold at the end of the rainbow is the most valuable normal play symbol of all – good for 1,500X your wager. Three tens or nines in a row will see you pocketing the lowest possible normal play prize of 5X your wager. The wild symbol takes the form of the ‘Land of Gold’ logo, which is good for taking the place of any other symbol with the exceptions of the bonus and scatter symbols – the toadstool and the leprechaun.

The ‘Golden Coins’ bonus round opens up after landing a toadstool on the first and fifth reels at the same time. It’s then a case of assisting the leprechaun as he bounces off a toadstool I an attempt to grab as many coins and lucky clovers as possible.

Speaking of the leprechaun, the ‘Lucky Spins Free Games’ is triggered when he turns up on the second, third and fourth reels at the same time, during which you play for free spins and multipliers.

So back to the all-important question – how does Land of Gold stack up against the competition? Well, all in all it’s pretty much another dose of the exact same formula with little to shout about but not a great deal to criticise. Everything is fine enough, but it’s all the same as we’ve seen a million times before. But then again, if Irish-themed slots happen to be your bag, you’ll probably have a great time with Land of Gold.