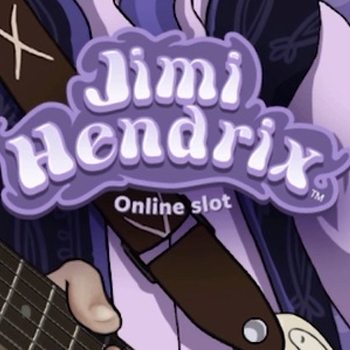 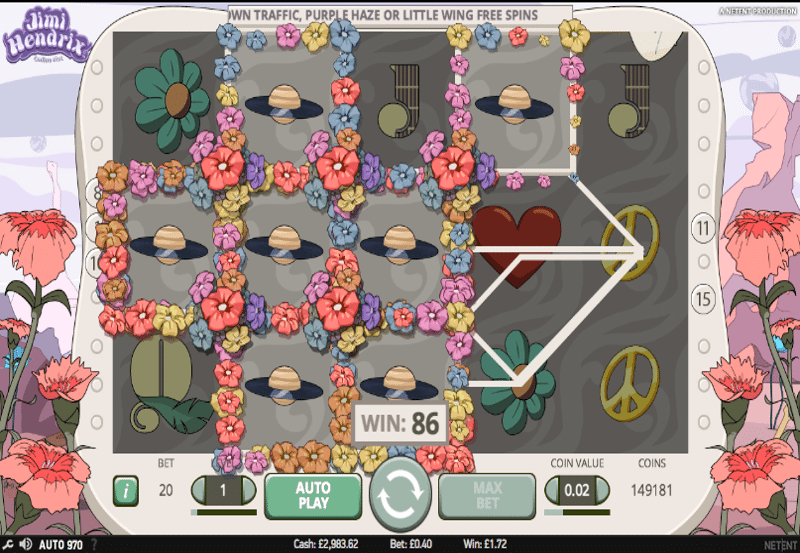 You can pretty much guarantee that when and where there’s a true legend of music alive or dead, it won’t be long before there’s a slot out there bearing their name. Sometimes they turn out to be nicely-presented tributes – others are borderline offensive. And given the fact that Jimi Hendrix will always be nothing less than a God to millions, it’s pretty brave of NetEnt to try their luck with a Jimi Hendrix slot. The question being – did they manage to pull it off?

For the most part, yes…yes they did. First of all, the fact that the soundtrack features classic hits from the man himself makes it an outright winner. If you’re a fan of his music, you’re already in the right place. All the symbols used are pretty much as expected, including flowers, hearts, records, peace signs and of course – guitars. The 20 paylines are fixed and you’ll have your choice of coin values from 0.01 to 1.00, along with bet levels from 1 to 10. When you’ve decided how much to put on the line, go for it!

Right at the bottom of the pay table comes the playing card symbols – three of which in a row will see you taking home a prize worth 5X your wager. Unsurprisingly, the Jimi Hendrix symbol is the highest paying – five in a row being worth an impressive 400X your wager. He also serves at the game’s wild symbol, which can be used in place of anything apart from the scatter.

One of the most epic features is the Purple Haze bonus, which upon landing the corresponding symbol on the first reel results in every playing card value turning into a wild. There’s also the Red Guitar Re-Spin Feature which can be triggered by hitting at least four red guitars in any positions. This gives you a free spin, along with the chance of re-triggering the free spin if you land another red guitar.

There’s also a Pick and Click feature that’s activated by landing three symbols featuring Jimi and a white guitar. They’re confined to the three middle reels and you need to land all three to activate the feature, which then allows you to pick symbols hidden behind loudspeakers. Three of the same will activate either the Coin Win feature, Cross Town Traffic Free Spins, Purple Haze Free Spins or Little Wing Free Spins.

To be honest, we’d really advise you to go check out the actual Jimi Hendrix slot yourself to find out all there is to know about the features and bonuses to play for. It’s packed to bursting point with epic extras we’re only just touching upon here – suffice to say it’s an example of a slot that does the legend it’s based around well-deserved justice.