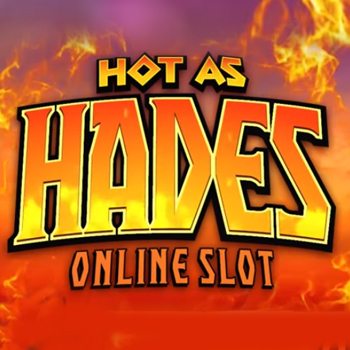 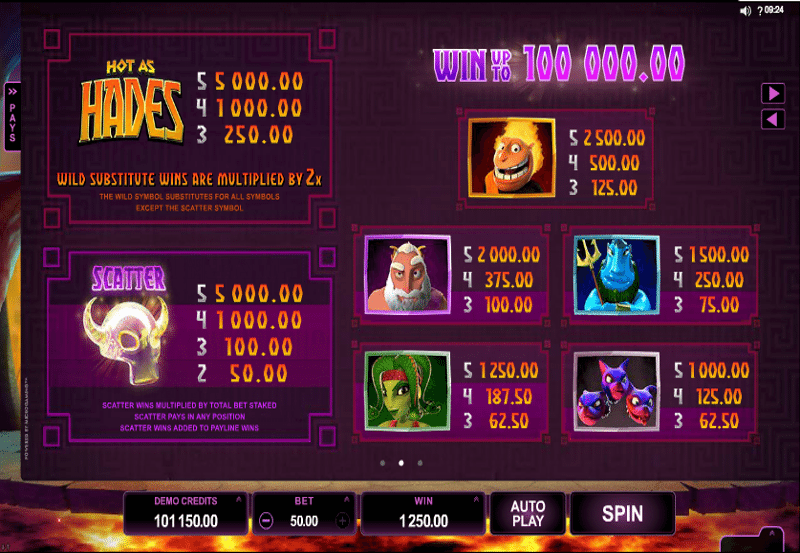 Not since the 2014 release of Jurassic Park had Microgaming so successfully silenced critics, with regard to a distinct lack of real game-changers. That was, until the launch of Hot as Hades, which to a pretty much came out of nowhere to take the industry by storm.

As the name suggests, the theme is based around that of a fantasy fiery underworld, watched over by the ancient Greek God ‘Hades’ himself. But for from the terrifying demon and terrifying backdrop you might expect, they’re instead decided to go with something more playful…cheeky…fun!

Along with the usual playing card values, Hades is joined at his post by Cerebus – his faithful three-headed dog. There’s also Medusa with her glorious snake hair, sea god Poseidon and even an appearance from the main man – Zeus.

Paylines are fixed at 20, meaning that whatever you decide to put in the line will be multiplied by 20 with each spin. Things start from reasonable 0.20 per spin, though you can put as much as 50.00 with every spin in you feel flush. Hit the button and find out what the gods have in store for you today!

During normal play, the biggest payout on offer is paid out upon hitting five Hades symbols in a row – good for 1,000X your bet. Slightly further down the ladder, three jacks or tens will earn you 5X your wager for the payline.

The wild symbol appears in the form as a ‘Hot as Hades’ logo and is good for replacing any other symbol in the game. If you hit a winning line that contains a wild, the win is increased 2X.

A cash prize is paid upon hitting just two scatter symbols, which in this instance take the form of horned skulls. The ‘Quest for the Crystal Helm’ bonus game opens up if you land three or more scatters, which basically sees you trying to help Hades reclaim his recently stolen property. The bonus game has five levels – each seeing you do battle with one of Hades’ enemies.

If luck’s on your side, you might find your way into ‘Super Mode’ – five free spins that can be triggered randomly at any time. Land any wilds during this bonus mode and they’ll stick in place until you’re done with your free spins.

While there’s no denying the overall simplicity of Hot as Hades, it nonetheless delivers fun and enjoyment in huge doses. The theme is fantastic, bonuses great and special features…well, very special indeed! They may not have broken the mould, but Microgaming has certainly spiced thing up with the fiery fella!