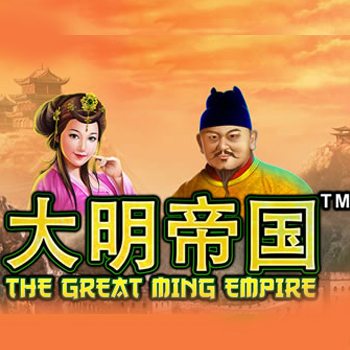 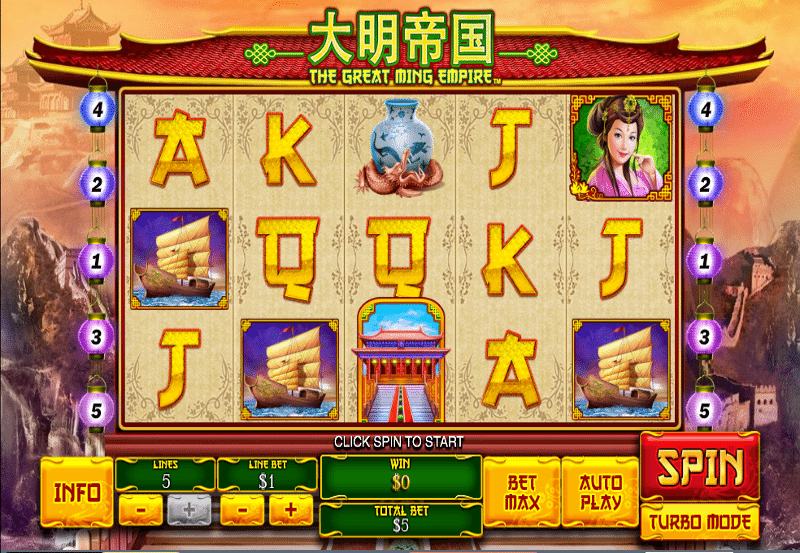 We have to admit that we weren’t exactly sure what to think when Playtech first announced The Great Ming Empire. Not that it’s the most bizarre or diverse slot theme we’ve ever heard of, but in terms of target audiences…well, the word ‘limited’ comes to mind. After all, it’s not as if Chinese history is a subject the masses in general have a vested interest in – and yet that’s exactly what they decided to build this particular slot around.

Well, if Chinese history is your thing, you’ll no doubt get a kick out of The Great Ming Empire. It’s been put together with real attention to detail and it looks outstanding. The soundtrack is also delightfully atmospheric and there’s plenty of freedom when it comes to wagering. You can bet anything from 0.01 to 20.00 and you get to choose how many of the 5 paylines you like in play with each spin. Which in turn means you can actually bet from 0.01 right up to 100.00 – catering to all tastes.

When you’re prepped and ready for a rousing history lesson, go for it!

As usual, playing card values holds the key to the lowest possible wins in normal play – three in a row and you’ll be taking home 2X your bet. The Emperor’s Palace sits right at the top of the pay table, meaning that five in a row will see you pocketing 2,000X your wager. One plus point for The Great Ming Empire is the way in which wins count from both left-to-right and right-to-left, which is always a bonus.

The jackpot palace symbol is also the wild, though can only be used in place of the Emperor symbol and that of his good lady. The three symbols with dragons around them are the scatter symbols – three or more of which will take you off to the ‘Treasure Room Bonus’ round. It’s here that you’ll be able to take your pick of three of the eight treasures in front of you, taking home the cumulative cash prize. Enter the bonus round with five scatters and the amount you win is increased 10X, while four scatter increase your prize 3X.

Which is where the tale of The Great Ming Empire in this instance comes to an abrupt end. If it was a slot well and truly loaded with special features and unique attributes, the rather niche theme wouldn’t matter. As it stands though, The Great Ming Empire is too specific theme-wise to win over the masses and too sparse on features to make up for its slightly dull theme. All in all, not really the finest work of Playtech.