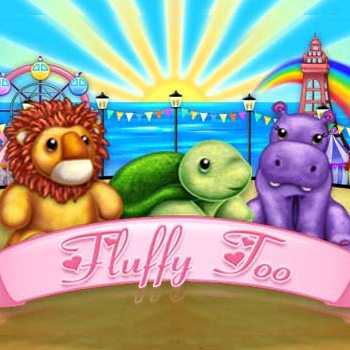 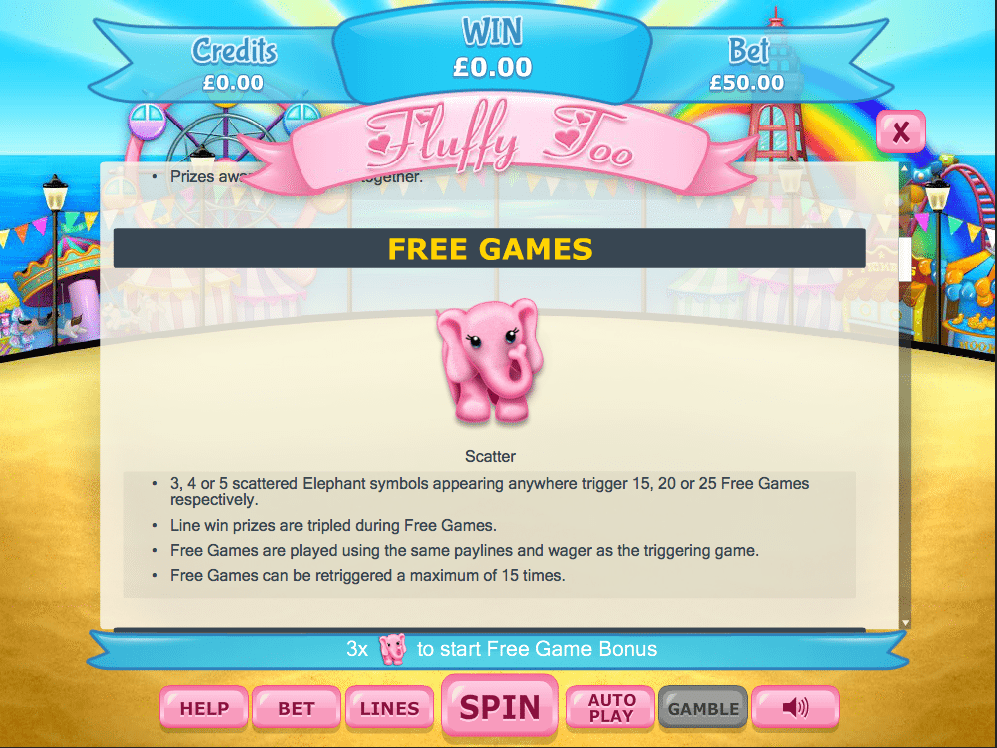 Is there such a thing as being too cutesy and cuddly? Indeed there is, and Fluffy Too comes very, VERY close to crossing the line. We’d be lying if we said the whole fluffy vibe was one we were ever really into, but strip back the almost overbearing cuteness and what lies beneath the surface is a genuinely decent online slot. That is, if you can bring yourself to play it in the first place without feeling at least a little silly!

Sequel to Fluffy Favourites, Fluffy Too is pretty much the exact same game as its predecessor with one of two minor changes. Great if you liked the original, not so great if you were hoping for something brand new. The same characters are all here to play their respective roles – the clown fish, rhino, giraffe, turtle, panda, lion, baby duck, gorilla, hippo and elephant. They appear to have had a trip to the salon in the meantime, but are largely identical to their original incarnations. The quality of the visuals in general has been notably upped…which is a good thing.

Players get to choose how many of the 25 paylines to go for with each spin, while coin sizes vary from 0.01 to 2.00. If you’re not already suffering from a cutesy overdose, hit the spin button and set the little guys in motion.

Five hippos in a row will score you the jackpot of 5,000X your wager, while three ducklings (awwww!) or clown fish will net you 3X your wager. The wild takes the form of the pink elephant and is good for replacing all symbols, with the exception of the coin. The wild is also the scatter, meaning three pink elephants at any position and you’ll win 15 free spins, four will land you 20 and five sends a whopping 25 free spins your way. And anything you win during these free spins is multiplied 3X.

There’s another scatter symbol in the form of a golden coin – in this instance offering access to the ‘Coin Pusher Feature’ if you land three or more an any positions. Every time you win, you’ll have the option of going for a double-or-nothing gamble, which you can repeat up to five time or until your next possible win would breach the £32,000 limit.

And there you have it – mostly just a second serving of the same story told before in Fluffy Favorites. Gameplay is decent enough, features are solid and prizes can be epic, but it’s nonetheless the kind of slot you’d feel a bit silly playing with anyone in the immediate vicinity at the time.

Or maybe that’s just us…which is quite possible!