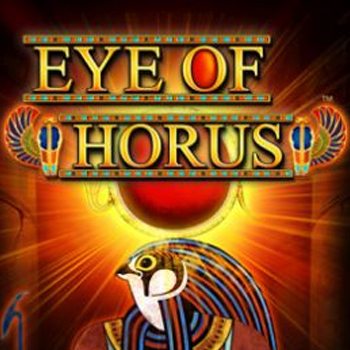 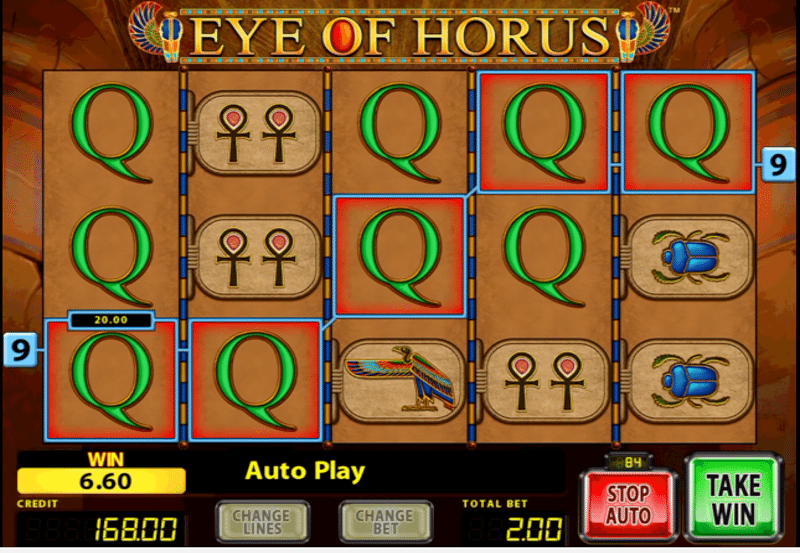 If the idea of yet another online slot with an Ancient Egyptian theme doesn’t exactly fill you with excitement…well, you’re far from in the minority! From Desert Treasure to Book of Ra to Cleopatra and at least a dozen others, it’s an idea that has been done to death, brought back from the dead and flogged into oblivion once again. But at the same time, some of the Ancient Egypt slots on the market are by far the most successful and popular to emerge in recent years.  The only question being, where does Australian entry Eye of Horus fit into the mix?

Getting the meat of things out of the way first, Eye of Horus is a 5-reel, 10-pay line online slot from the folks at Reel Time Gaming. What sets Eye of Horus apart from so many of its rivals in an instant is the way in which it is one of very few that was originally an actual real-life slot. Rather than just some contrived knock-off, it started life in real life and was she usually popular across Australia and beyond.

In terms of how it measures up online, it definitely looks the part and has the kind of simplified user interface which we always respond positively to. Coin values can be set between 0.01 and 2.50 so there’s plenty of control and low-stakes play to be had, while the reels are dominated by all the standard Ancient Egyptian symbols and staples you probably already know well enough. As already mentioned, there are 10 pay-lines in total and each can be selected individually.

If it’s serious treasure you’re digging for, you might want to think about asking the gods for five temple symbols anywhere on the screen, or five Eye of Horus symbols on an active pay-line. Either of these will net you a delightful 500X win on your wager, which is rather appealing to say the least. As for the symbols you’re more likely to see, three playing cards of the same value on one of your chosen lines will see you pocket a slightly more modest 5X payout.

Hit the Horus wild symbol and he’ll do his business to turn the whole reel wild – any symbol being fair game with the exception of the elusive temple. And that’s because the temple is both the jackpot symbol and the scatter symbol – find three of them anywhere on the screen and you’ll be rewarded with 12 free spins and a tasty payout.

One feature we really did like was the way in which Horus’ appearance while playing with free spins sees non-playing card symbols upgraded each time. When he first turns up, ankh symbols replace the fan symbols. These then turn into scarabs and continue as such until there are only feature symbols, playing cards and jackals left.

So while slots with an Egyptian theme are done to death and aren’t much of a muchness, Eye of Horus does a decent job of bringing a few new bits and bobs to the table. They haven’t exactly reinvented the wheel, but what they’ve come up with is enjoyable, entertaining and authentic online slot gaming at its finest.